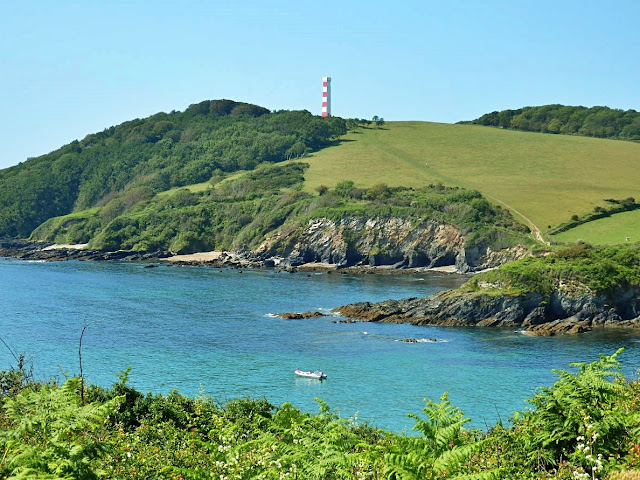 No doubt I have said so previously but I love the Cornish coast near Menabilly and Gribbin Head. Can't fully explain why but it's special to me.

It was a blue sky day so we decided to go for a walk, parking at Menabilly. There is a farmer's field here in which to park - though you have to put 50 pence in an old milk churn for your stay - a bargain at todays rates! The road leading to the field is quite narrow in places.

Near to the field is a track leading past the farmhouse to the coast. It's a fair distance to walk, but we saw a few friendly faces. 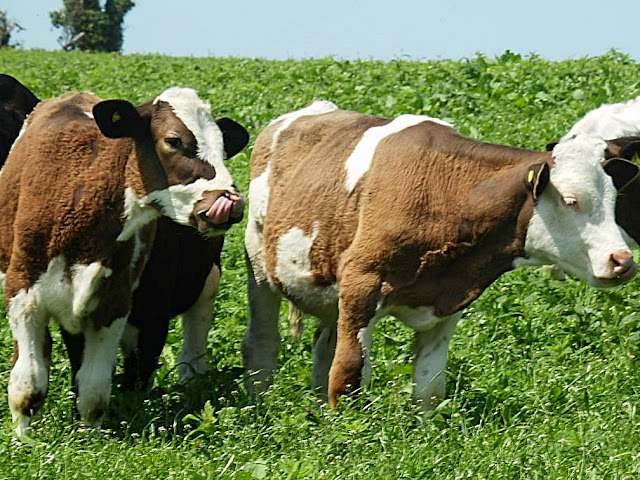 And some bales of straw. 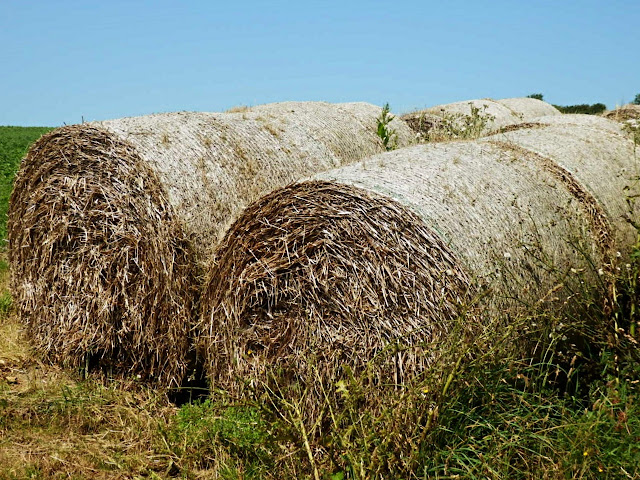 On route the Gribbin Tower is often in view. Finally we reached Polridmouth Beach (pronounced Pridmouth). Only a few people about. 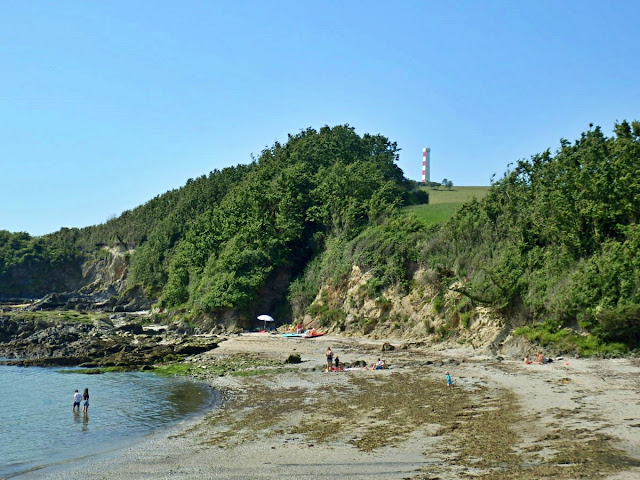 From here we walked east to the next small cove which is Daphne du Maurier territory. This is where she once lived and is also the setting for some of her books. Unfortunately what was her home cannot be seen. 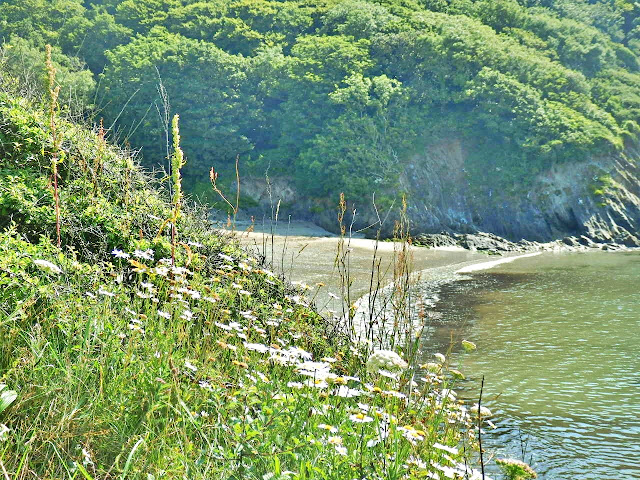 The cove has sand and a view of the Gribbin Tower. Mind you, most views seem to feature the Gribbin. 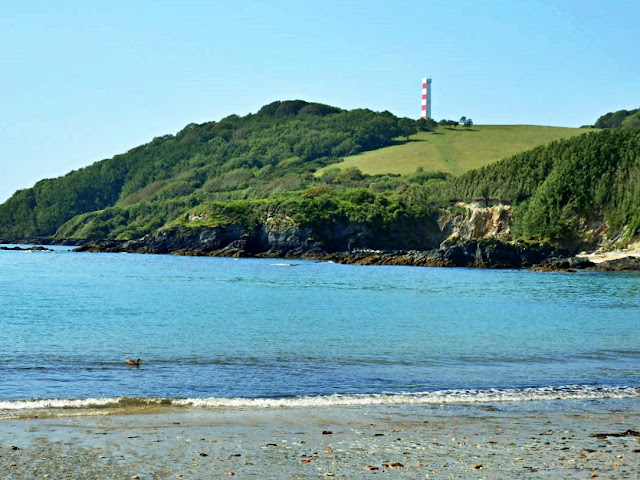 Behind the cove there is an attractive lake belonging to what was once Du Maurier's home. During WW2 lights were fixed around the lake to confuse any enemy aircraft.

Nearby Fowey was a port used for the build up to the D-Day landings. Over 2,000 American troops were based in the area. 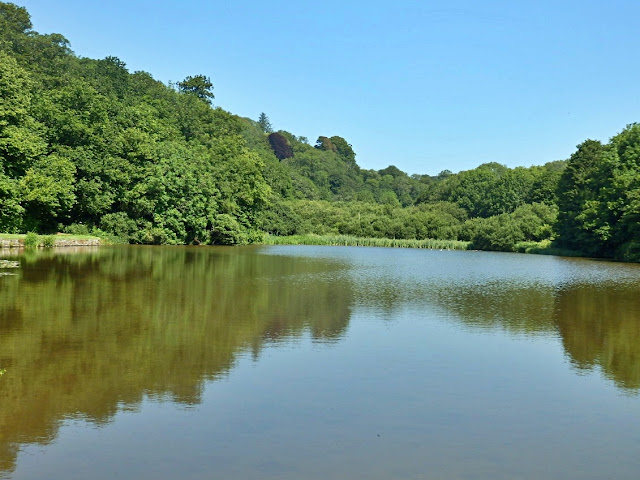 By the lake is a cottage featured in Du Maurier's book Rebecca. While we were there the house had workmen busy getting the property decorated. I understand that it is now used to rent out to holiday makers. 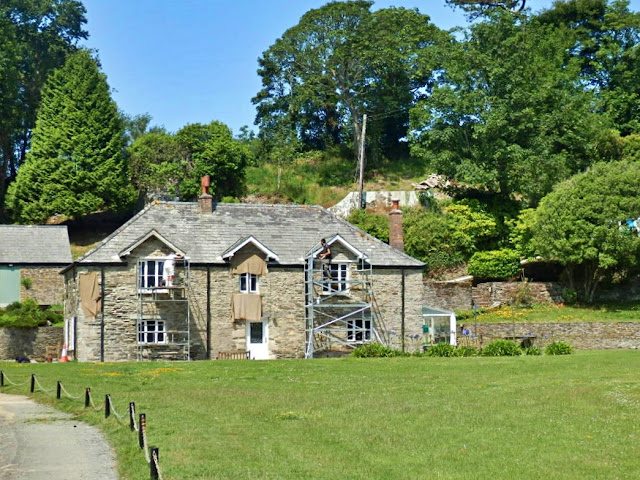 From here we headed up to the top of the cliffs via the coastal path - certainly gets the heart pumping!

Once at the top the lovely town of Fowey can be seen and also the village of Polruan.

I decided, however, to have a break from taking photos as I just wanted to enjoy the scenery, good to switch off at times. 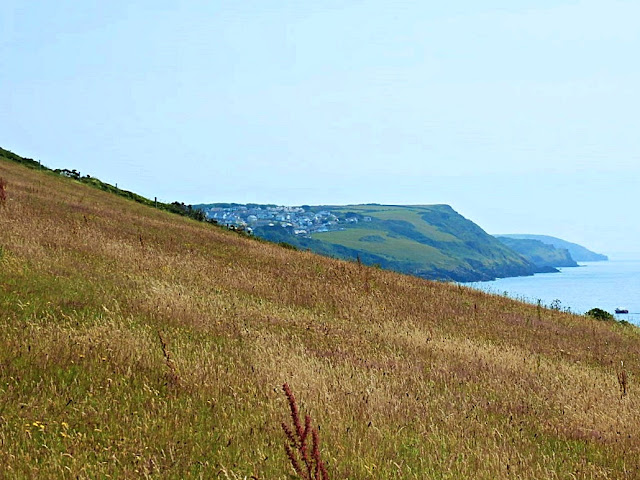 So here we are on the return journey showing the coastal footpath towards the Gribbin on the headland. 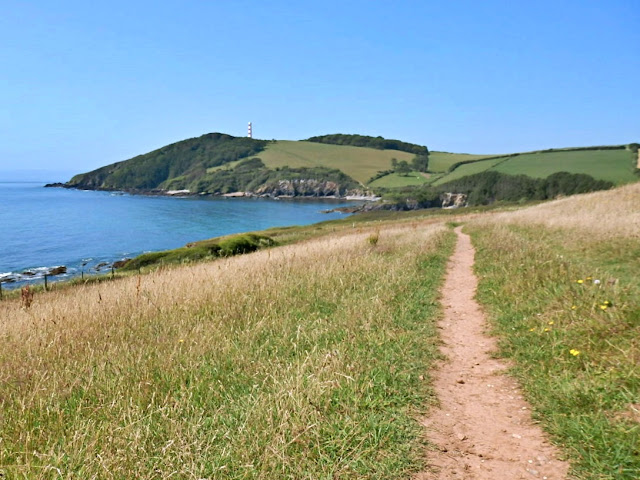 Such lovely views of the green fields and the sea. 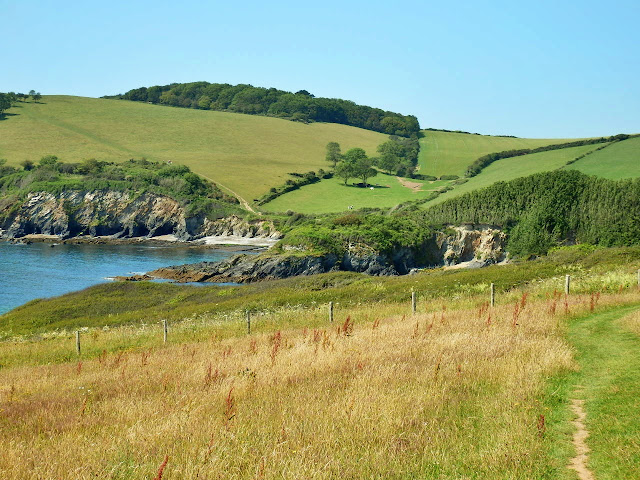 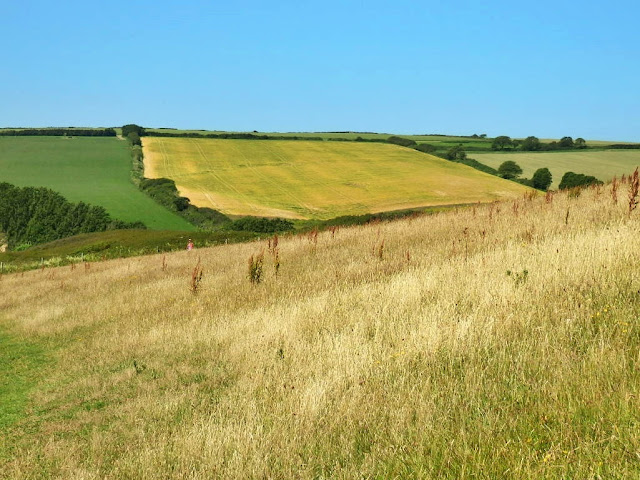 Gribbin Head at its best with the blue sky, greenery, and the red and white of the tower. 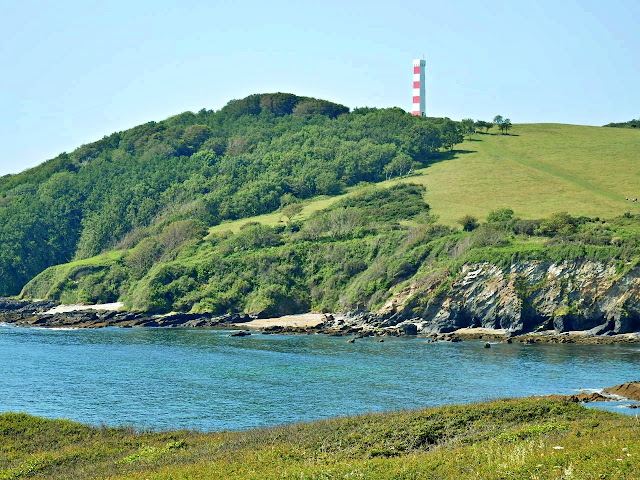 And here we are back at Polridmouth Beach, from here it's a walk along the paths to our car. A very pleasant way to spend a few hours

Walking the Camel Trail From Wadebridge Towards Padstow

We hadn't visited the Camel Trail for quite a while so thought we would walk along part of the trail starting at Wadebridge and heading...