The False Widow Spiders in Cornwall 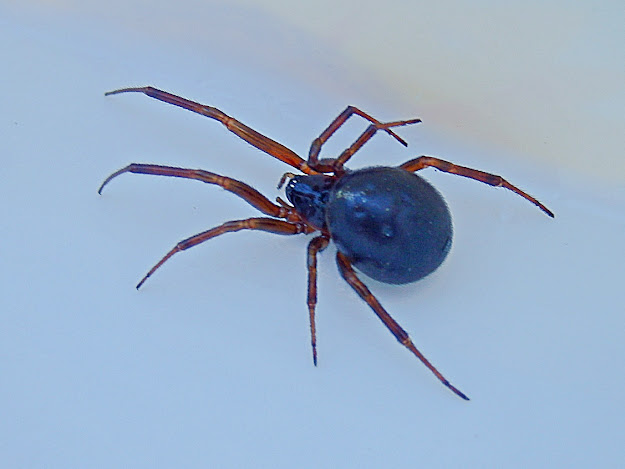 Not my favourite creatures by any means, but a few have been spotted in my neighbourhood. They are the 'noble false widow spiders'. The posh name being Steatoda nobilis. Their body looks similar to a skull and the female often eats the male spider after mating.
According to Wikipedia "...the Steatoda nobilis is native to Madeira and the Canary Islands from where it allegedly spread to Europe, and arrived in England before 1879, perhaps through cargo sent to Torquay".
They supposedly got their name as they look very similar to black widow spiders which can have a very nasty bite - potentially dangerous.
The false widow, as in my photos, can also bite but it is not usually too serious, something on a par with a bee sting. 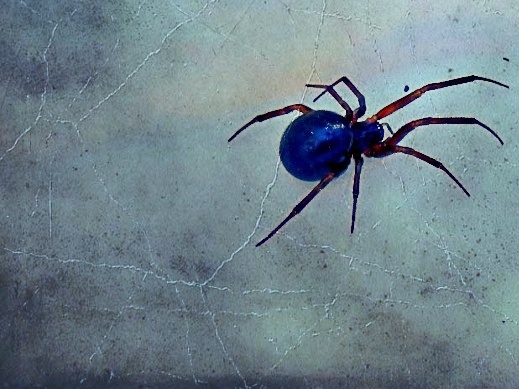 False widow spiders seem to like houses, sheds, garages and the like. The spider in my photos was from a house four houses along from where I live.
In England they are generally only seen in the south.
The quandary is what to do with the spiders if captured. I don't like to kill anything so I expect if I caught one indoors I would release it into the local woods.
For more pleasant creatures please see:
The Lost Gardens of Heligan: 18 Photos of Farm Animals, Plants and Jungle
or
Farm Animals Seen In Cornwall
Thank you for visiting my blog - Mike.
at September 15, 2020
Email ThisBlogThis!Share to TwitterShare to FacebookShare to Pinterest
Labels: Cornwall, Spiders

A Flavour of The Lost Gardens of Heligan, Cornwall

We hadn't been for a while, so thought a visit to Cornwall's Lost Gardens of Heligan was due.  As we walked I snapped a few ph... 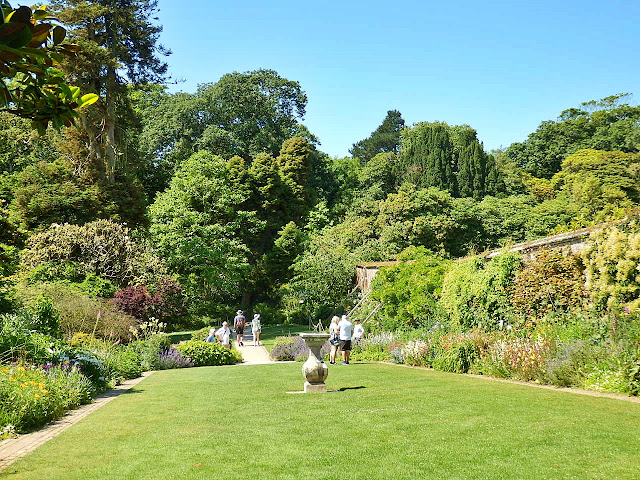