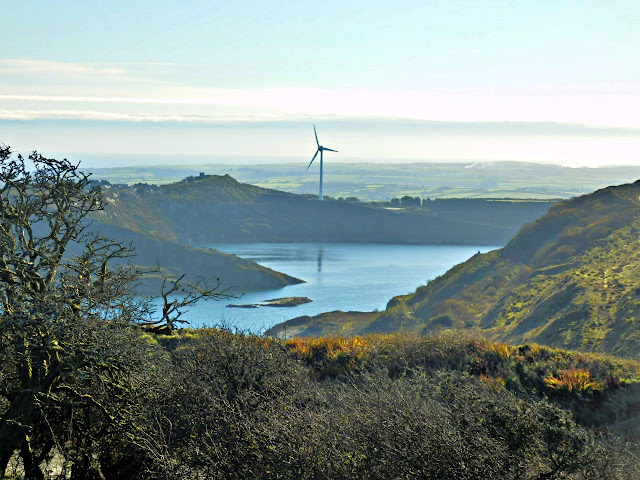 On a chilly morning we stopped on the narrow road for a minute or two to take in the view above. 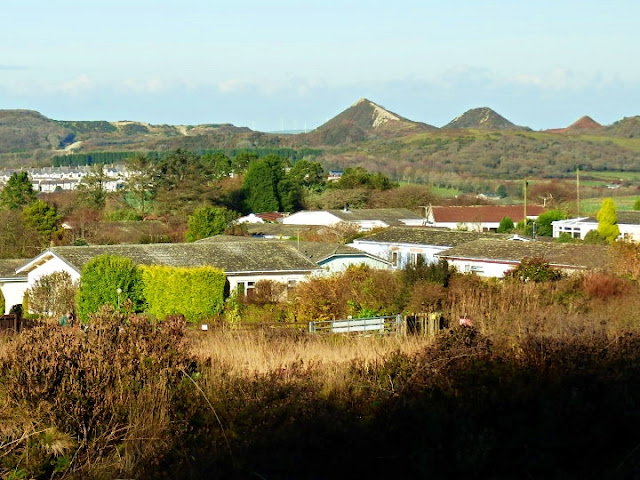 We had decided to walk 'The Blackpool Trail', somewhere we had never walked previously. It had been mentioned to us so we thought we'd give it a go. 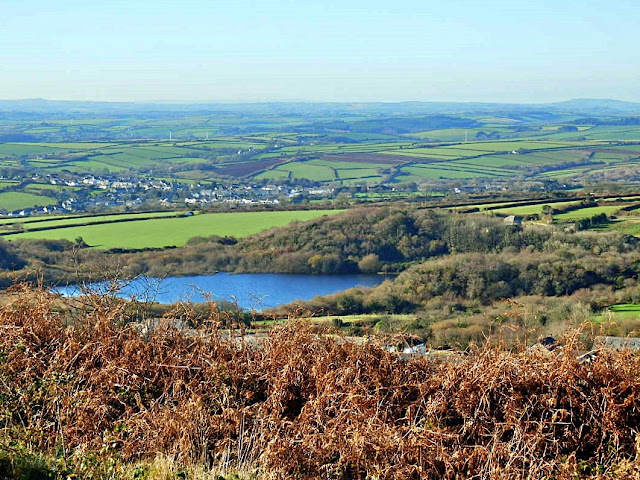 It's called a trail but we soon found it isn't very long. We walked for about an hour and a half in total. 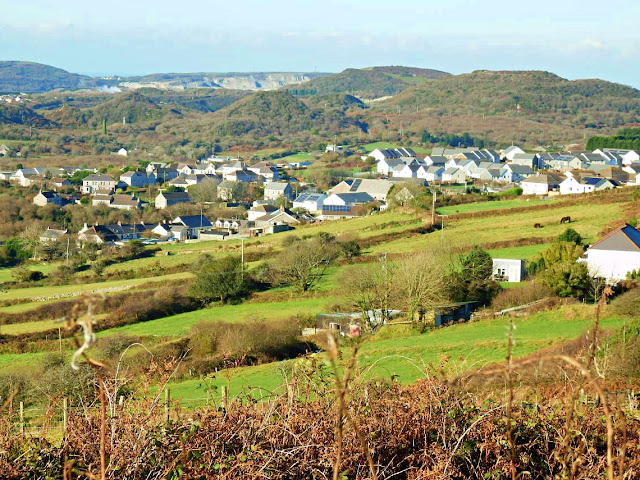 The views to our right were far reaching but to the left was a china clay quarry and all we could see were grasses and shrubbery on a high mound. 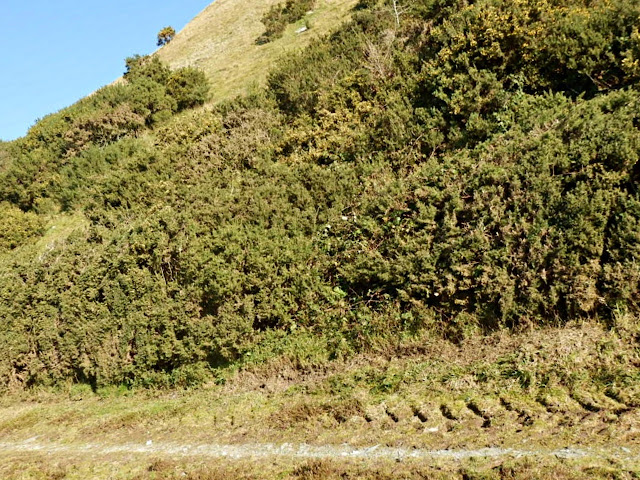 There was a picnic table nearly hidden in the long grass. 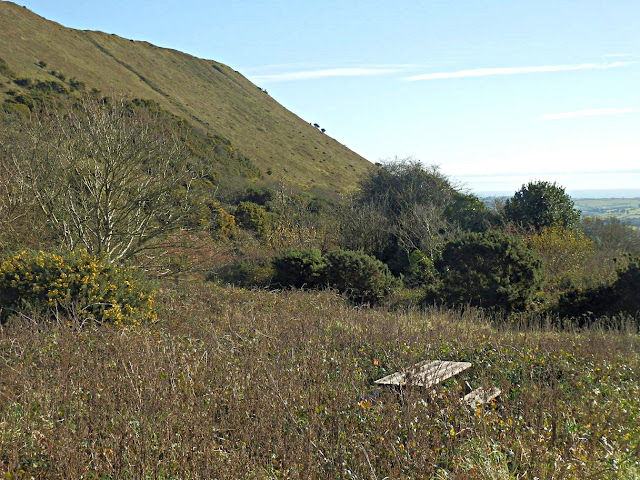 To the right the views continued. In the photo below white china clay can be seen. 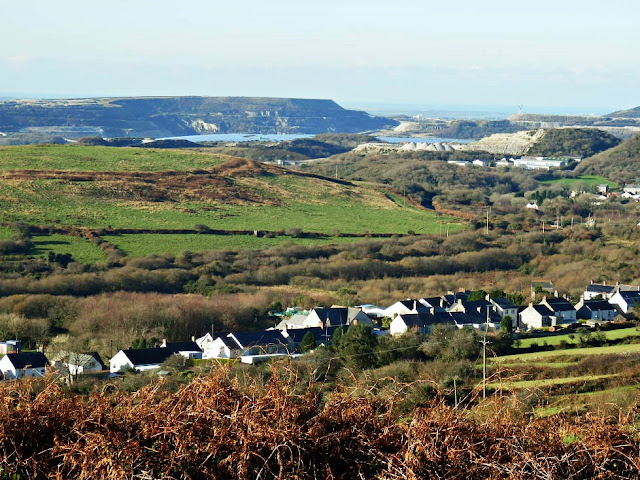 All very pleasant but ... 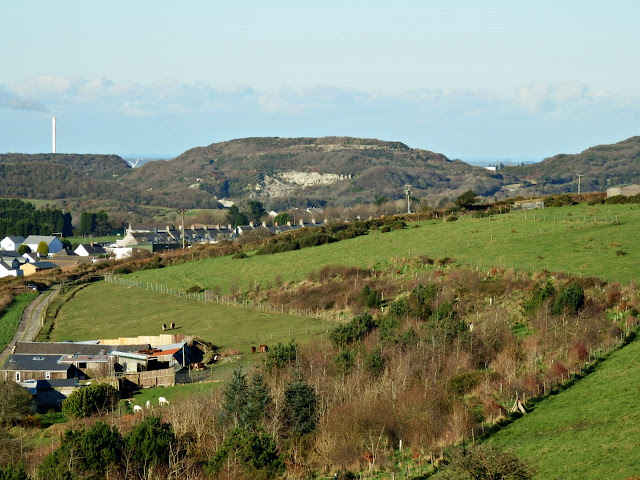 ... a sign to the right reminds walkers that quarries can be dangerous. So there is barbed wire to keep people out. 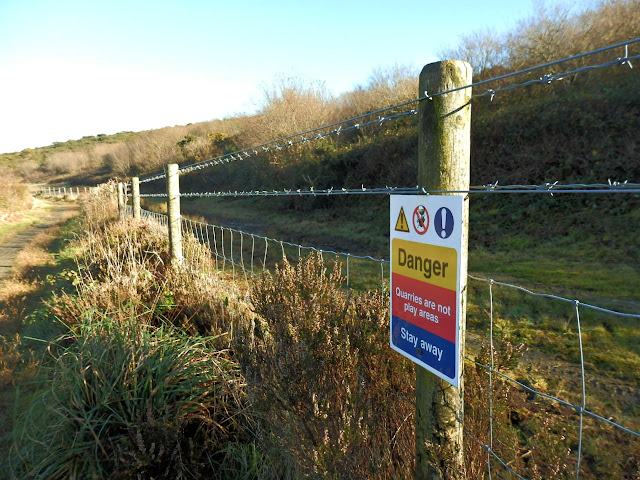 Occasionally the trail / path has small trees either side. 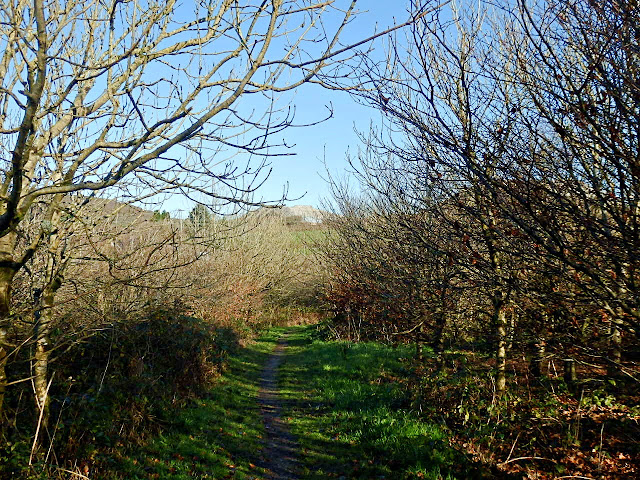 A mound of waste from china clay production. 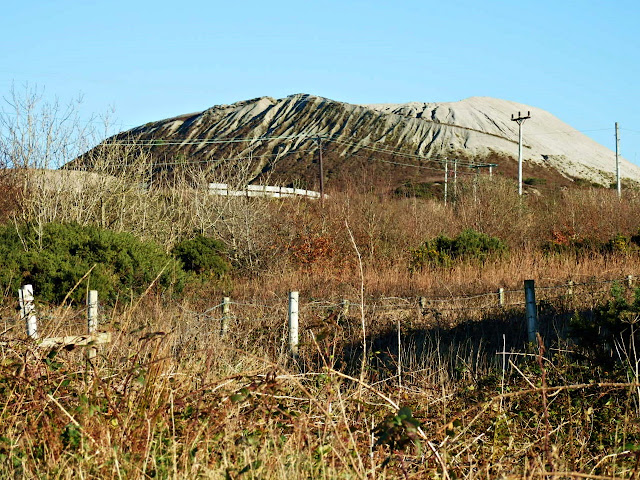 More of the views on our return journey. 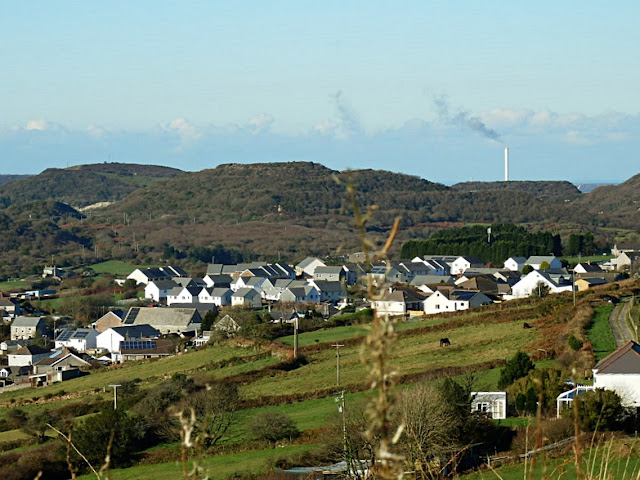 More and more houses seem to be going up, but I guess this is happening countrywide. 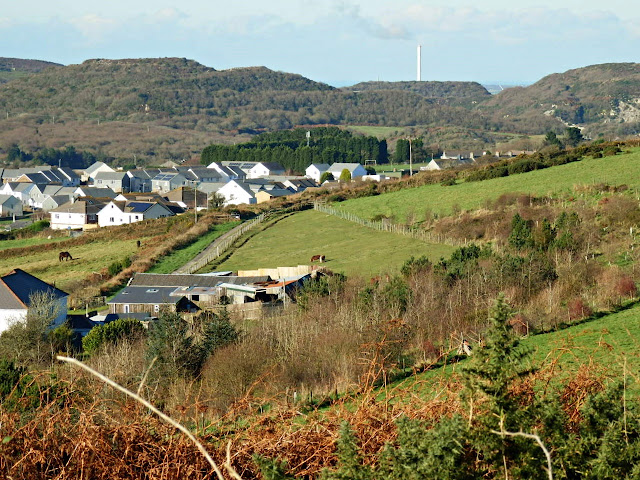 As for the china clay industry, it's hard to believe that half of the world's supply of china clay came from Cornwall in the late 1800s.
The final photo for today. 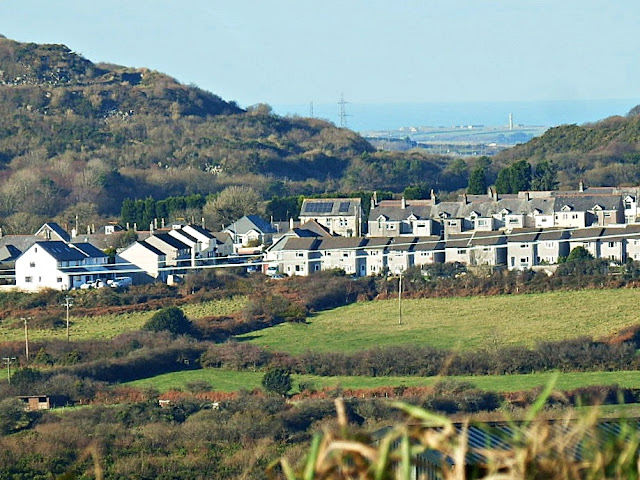 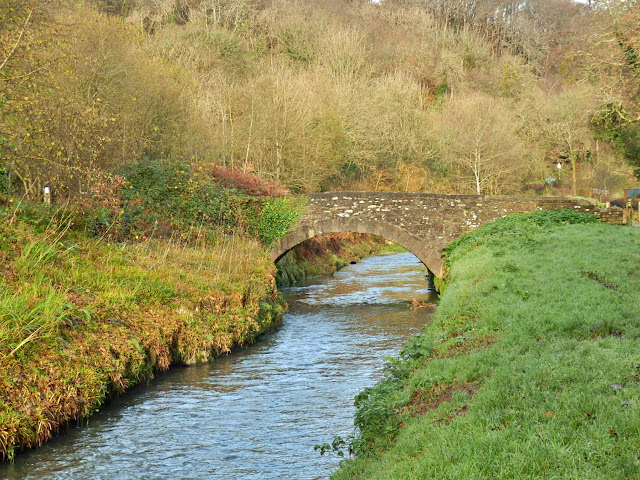