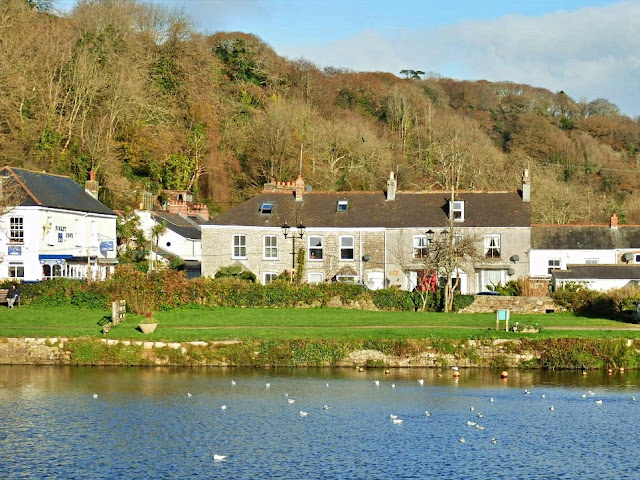 Brrr! It was a bit chilly, but the sun was out and the rain had gone away to plague somewhere else. We decided to see if anything was occurring at Pentewan.
The photo above shows part of Pentewan harbour, as does the photo below.
The harbour is no longer used and is now landlocked. 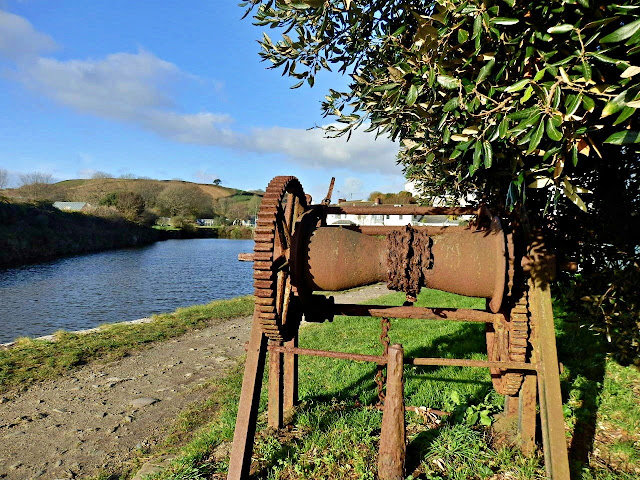 In the late 1800s, and early 1900s the harbour would have been full of tall sailing ships exporting local china clay, metals and the like all over the world.
I have a photo from 1900 with the harbour filled with sailing boats - see my post: Pentewan: How it Looked in 1900 Compared with Today.


As you wander around the harbour there are bits and pieces left over from the working days. See photo above - and below shows train rails from that period. 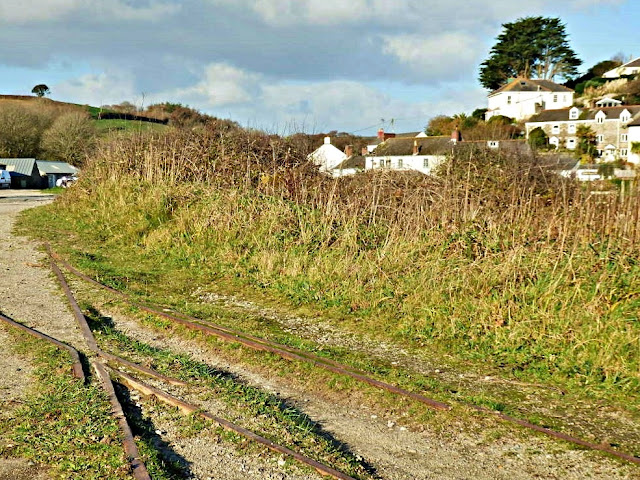 What looks like a wooden fence was once a bridge over the harbour inlet. 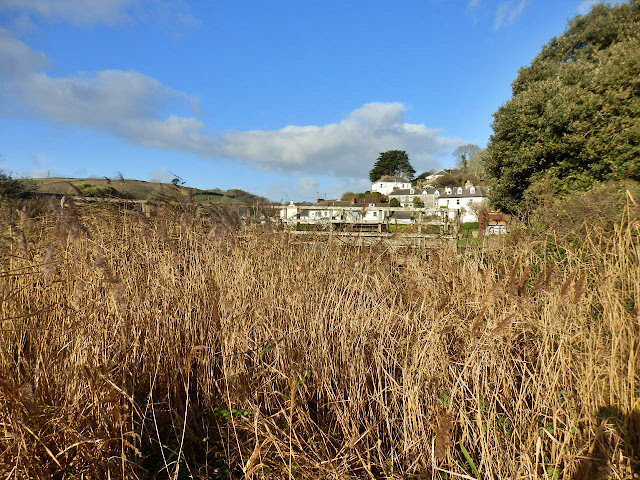 Below is what is left of the old harbour wall. 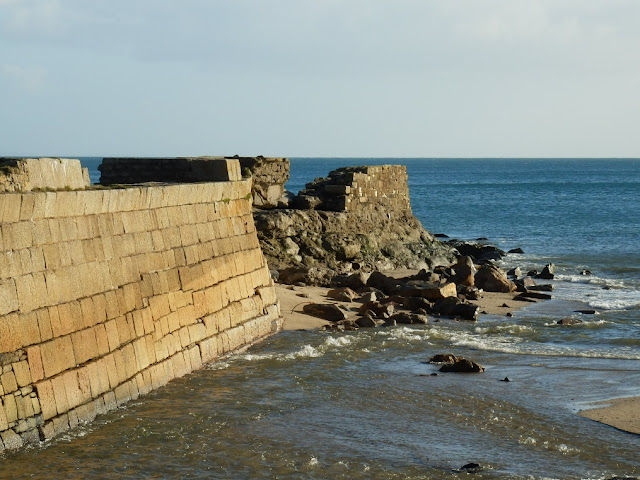 It was all a bit of a mess to the west (right) of the wall. Much had been damaged since our last visit. 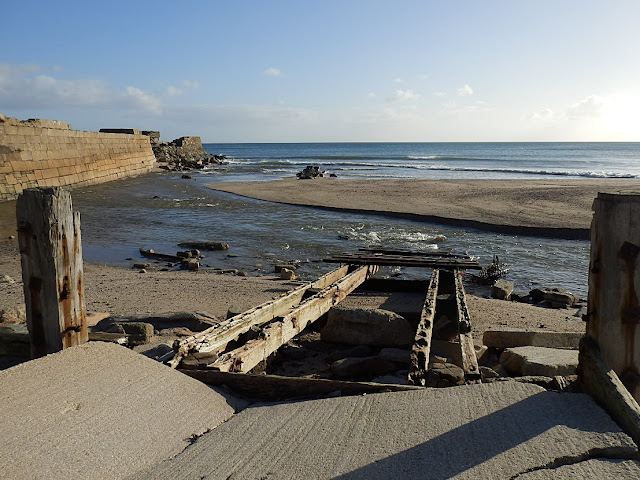 The White River was still making its way across the sand to the sea. 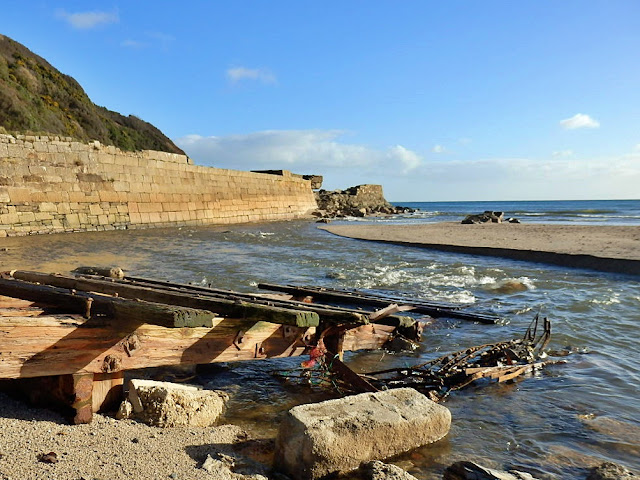 More of the damage. 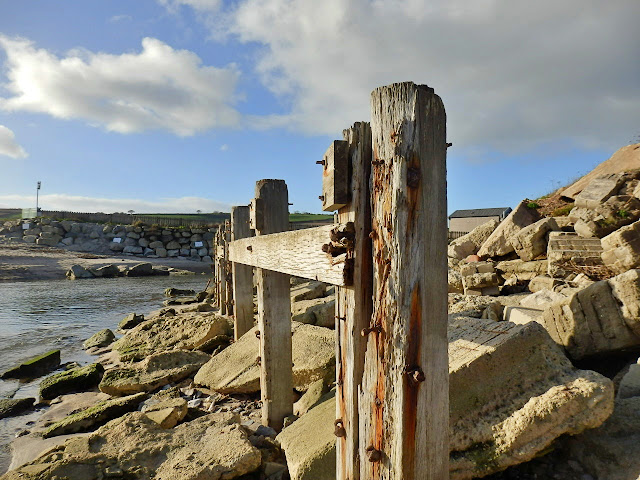 Below is a bit of an illusion as it looks like the wooden posts are supporting the sand. On the other side of the harbour wall it was like a different world, a sandy beach and blue sky. 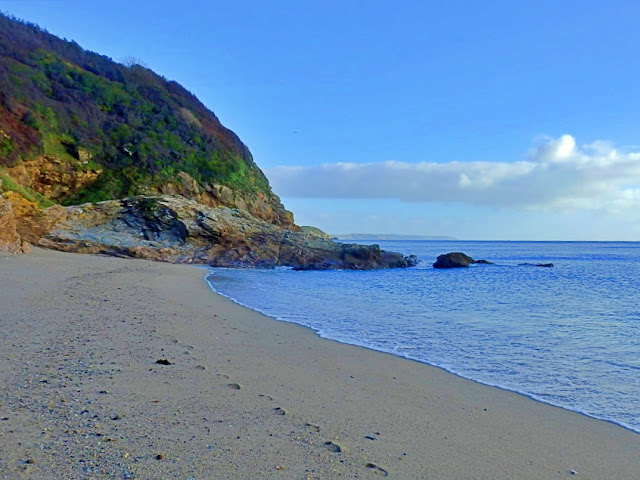 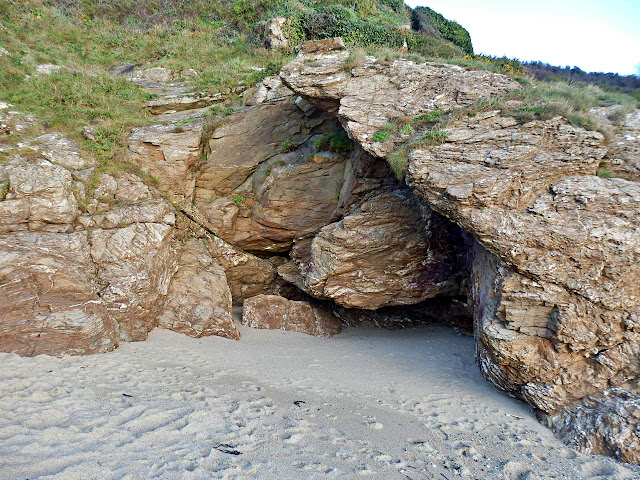 ... and a man carrying his young son on the beach. 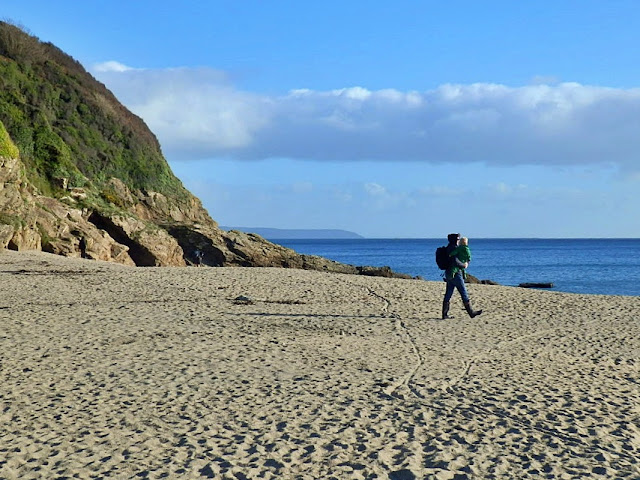 Having had our fill of sea air we made our way to the Pentewan village ... 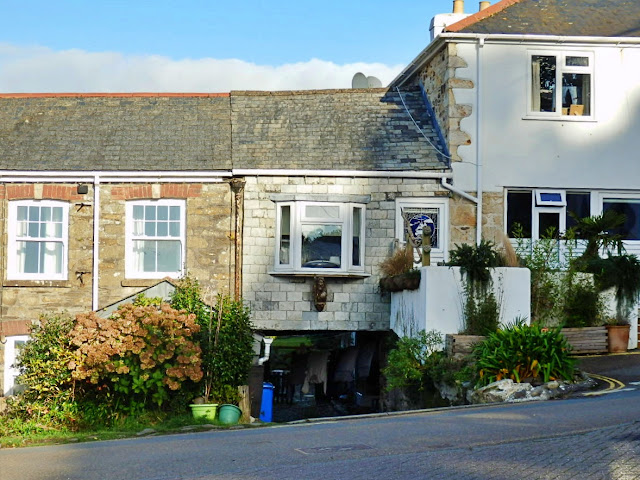 ... and the Ship Inn. From here we were homeward bound. 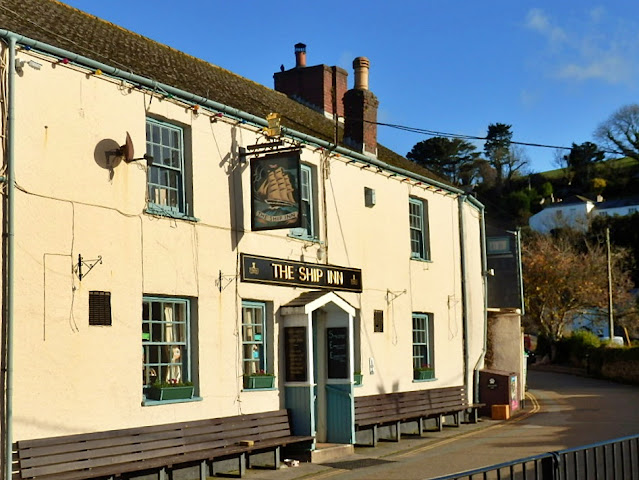 Other Pentewan Posts:
An Easy Walk at Pentewan, Cornwall Taking In Trees, Sea, Sand, Cliffs and a Private Cove For Lunch
Pentewan Beach Cornwall and Seeing What is Sometimes Missed in Life
at December 10, 2020