A walk at Boscastle, Cornwall 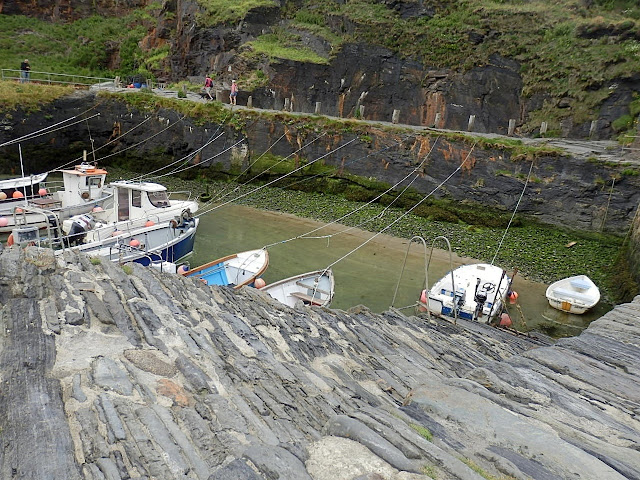 Following on from my previous post we were staying in Bude for a week. One of the well known nearby villages is Boscastle, so we headed that way. 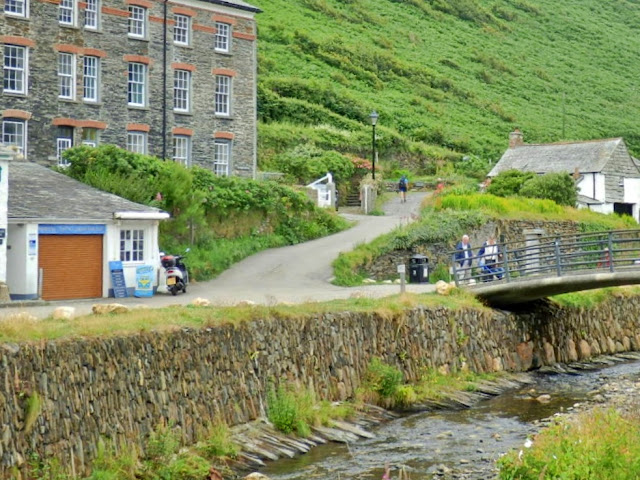 Boscastle has an enormous car park (three hours for £3.70) which can get very busy. Fortunately, as it was  starting to drizzle with rain, we found a space quite easily. 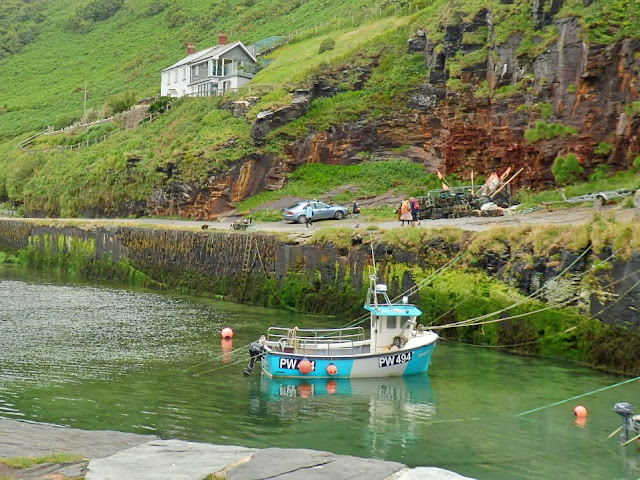 We simply walked, following the river, until we reached the very old harbour wall. I snapped the photos as we walked. Fortunately the rain eased. 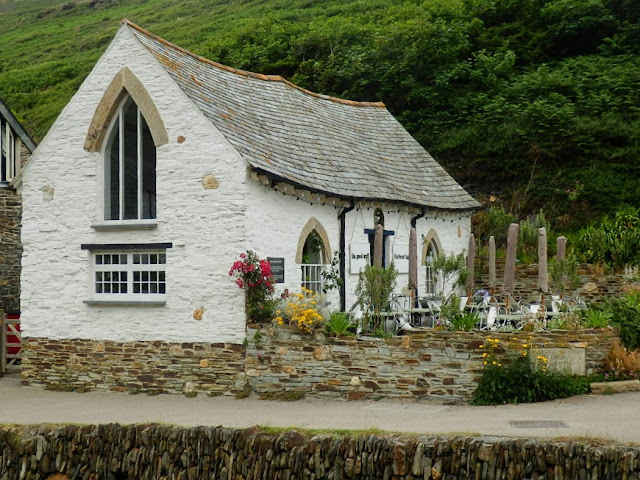 The harbour is a natural inlet with a very old harbour. The walls were built in 1584 by Sir Richard Grenville.
Grenville served as a Member of Parliament for Cornwall and was also a Sheriff of Cornwall in  in 1591. 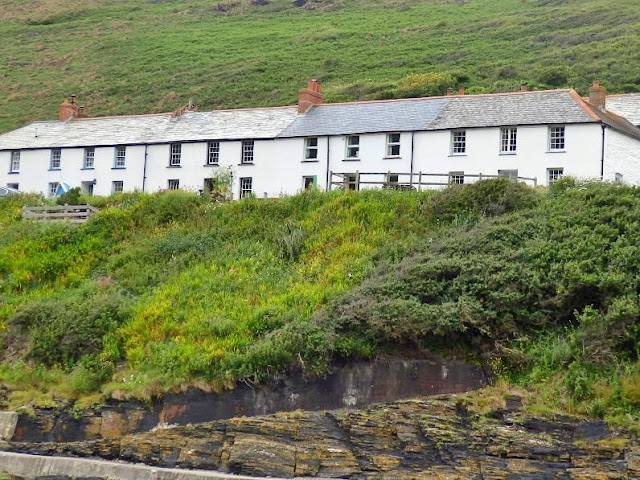 Nearing the harbour now, with a few fishing boats in view. 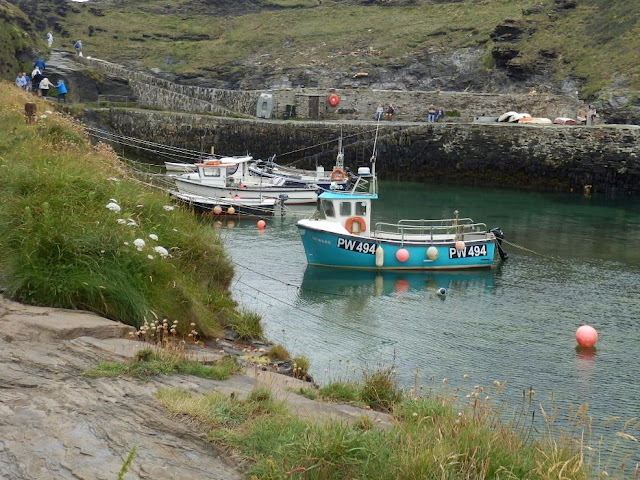 More small boats - and the rain has nearly ceased. 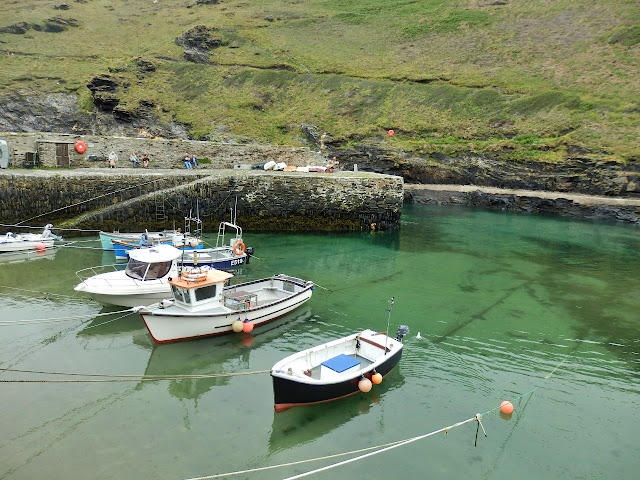 A sighting now of the old harbour wall, also chains from another era. 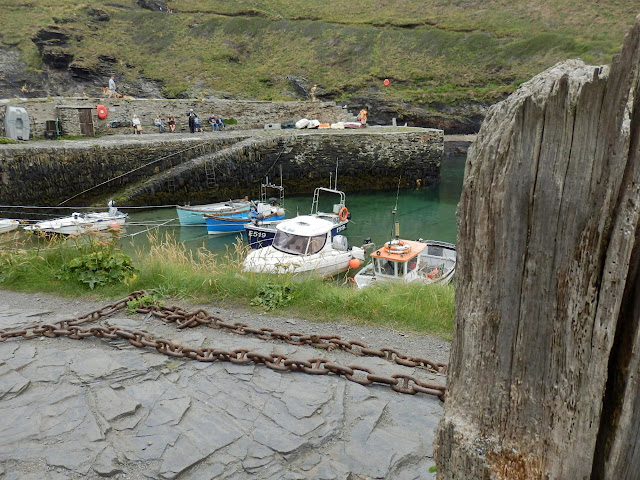 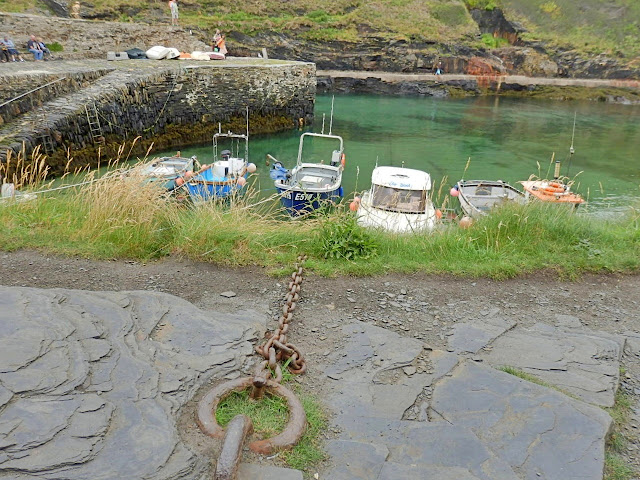 Steps on the harbour wall. I wonder what tales they could tell. 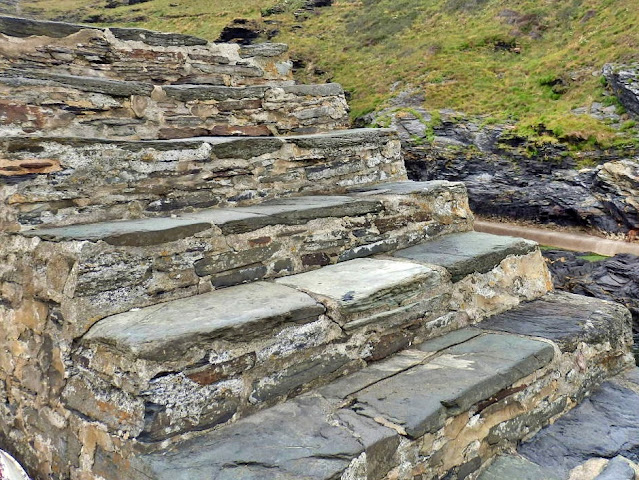 It's possible to climb higher, even to the very top of the cliffs for some great views. On a previous visit I did manage to climb quite high. 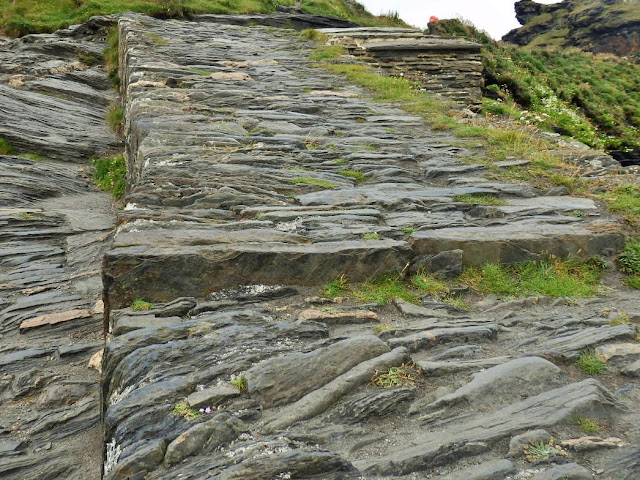 There is also a new harbour wall. 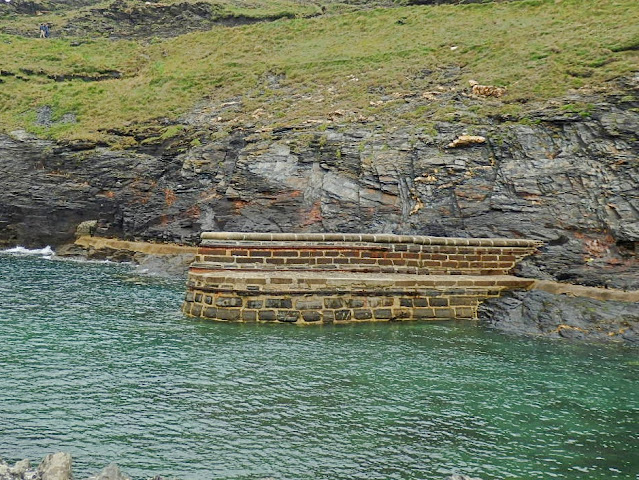 Having sat on the old harbour wall for quite a while - along with a mug of tea, of course - we retraced our steps. 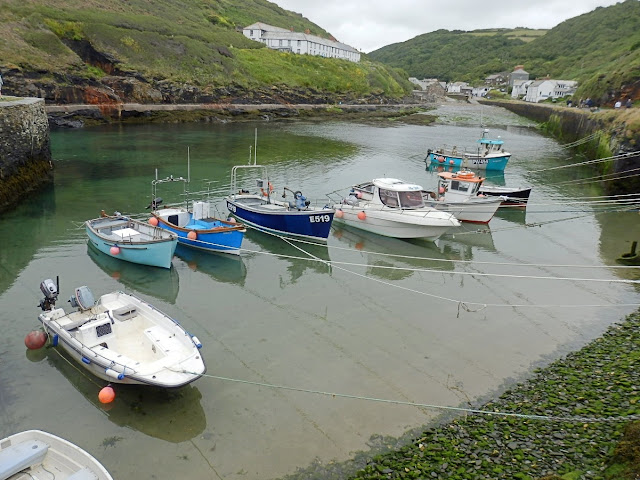 All is quiet in the harbour nowadays but 100 years ago it would have been heaving with activity.  Entrance into the harbour can be difficult and dangerous. In days gone by the old sailing ships had to be towed into the inlet. This was done with the help of hobbler boats, which were powered by eight oarsmen.
Today Boscastle is a busy tourist attraction and the boats to be seen are fishing boats and pleasure craft. 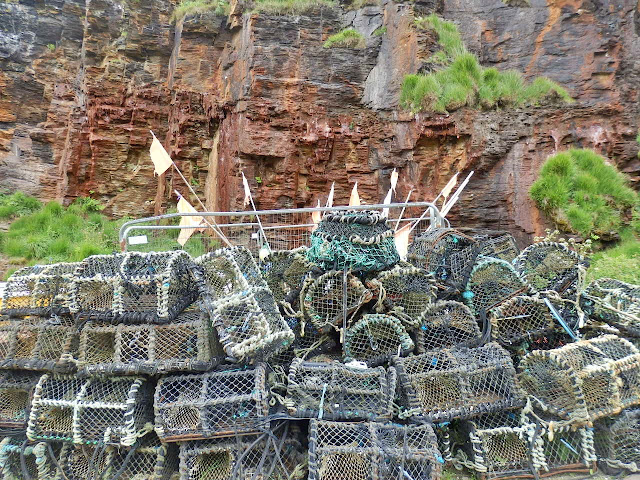 We returned to where we started, but then carried on walking through the Valency valley following the footsteps of the poet and novelist Thomas Hardy. 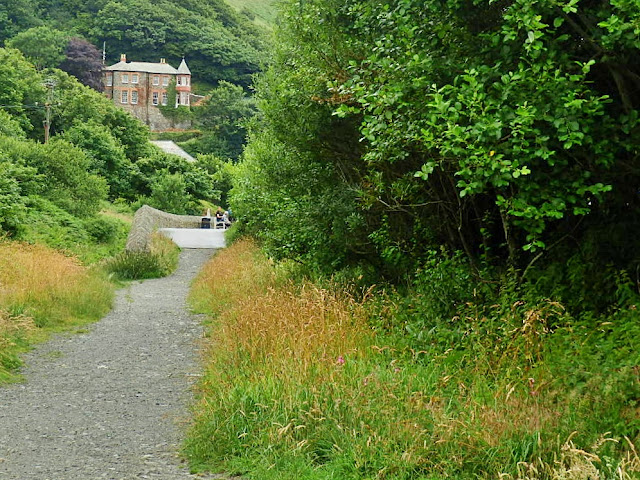 As a young man in the 1870's Hardy spent time in the valley while courting his first wife, Emma Gifford. 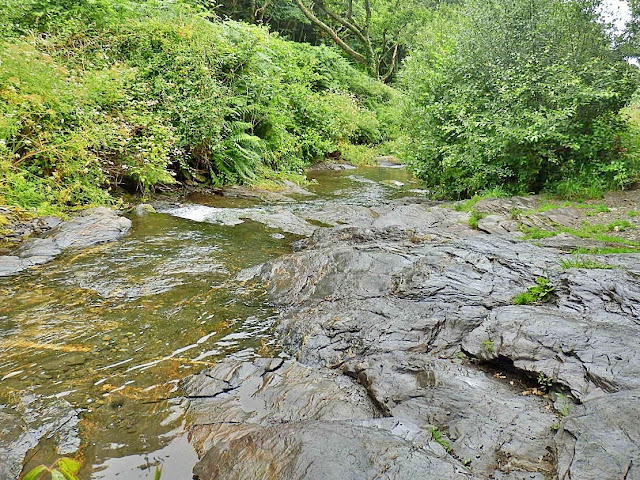 When I think of Boscastle I always remember the strange coincidence we once had visiting the village see: The Coincidence Meeting At Boscastle, Cornwall.
Oh yes, nearly forgot, there was another coincidence I remember - or maybe it was  magic! Nothing to do with Boscastle though. I wrote a post on this: Magic Brought Us What We Wanted!
I'd better finish this post now before I get too carried away!  Thanks for visiting my blog. All good wishes ~ Mike.