The Peaceful St.Clement Church by the Tresillian River, Cornwall 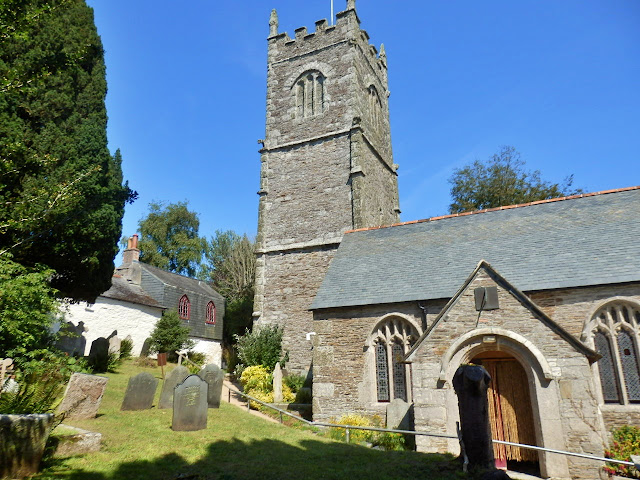 St.Clement church, also known as the Church of Moresk, lies in and idyllic, peaceful setting close to the Tresillian River, which I mentioned in my previous post.

It is believed that the church was built in 1249 but was enlarged in the fourteenth and fifteenth centuries.

Visitors have to pass through the Lynch Gate, the smaller building with maroon windows in the above photo. It's interesting that in the mid 1800s the ground floor was used as a pigsty!

The memorial below is in the Lynch Gate in memory of William Callaway, who died in 1784. It reads:


Today of Health and Strength we boast :
Tomorrow brings us down to dust
May we while Time and Strength are given
Believe in Christ & live for Heaven 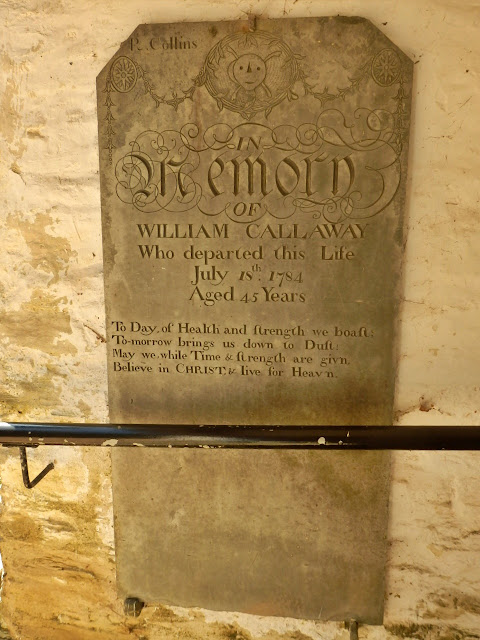 Moving on inside the church, all is peaceful. The font has an interesting story. It was found lying in a nearby ditch by the local vicar in 1864. It is said to have lain there for over sixty years! It's 14th century and is now used for its correct purpose. 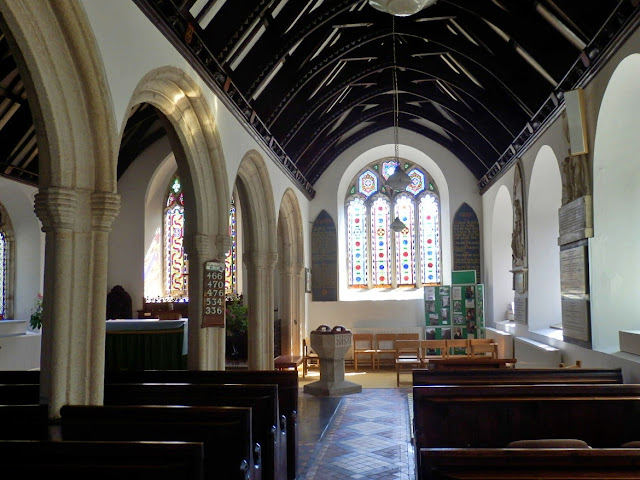 A different angle of the inside of the church, towards the right of the photo is a marble monument to Samuel Thomas from the 1700s when it was described as being, "one of the finest pieces of marble in the West." 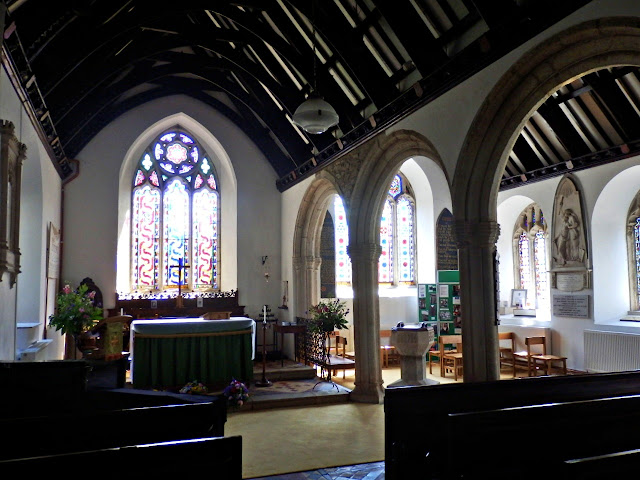 A closer look at the marble monument shows two allegorical figures against a pyramid. It is signed by Bacon, 1770. 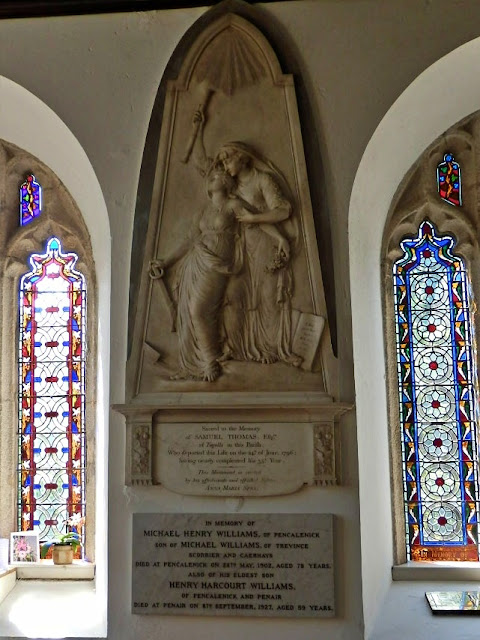 It's a lovely peaceful church and we felt fortunate to be the only people in the building at the time of our visit.

In the porch is a set of stocks, unfortunately I didn't snap a photo. There is a story that ...

… in 1688 the stocks  were in St Austell. That year, Anne Upcott, the daughter of the  Vicar of St Austell and St Clement, was put in the stocks because  she had joined the Quakers - they were very unpopular at the  time. Anne’s father and brother jeered at her. 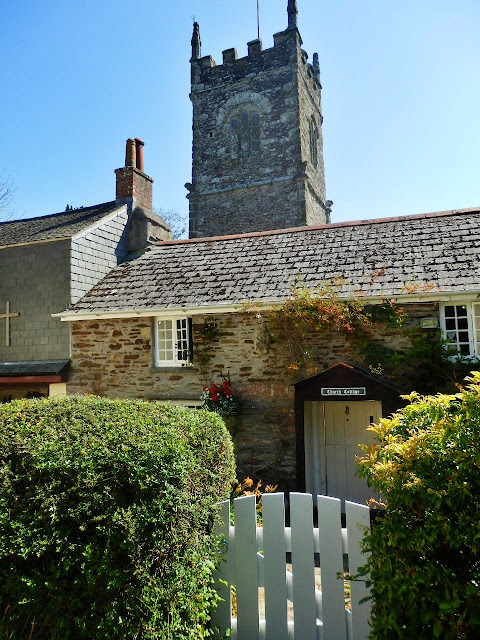 at July 28, 2019
Email ThisBlogThis!Share to TwitterShare to FacebookShare to Pinterest