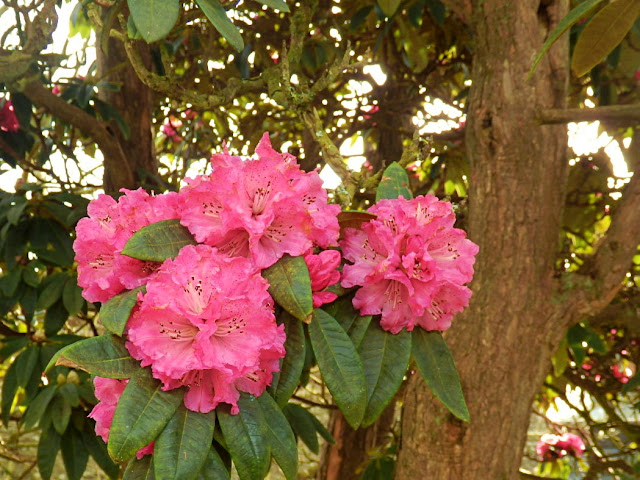 So February has passed away after storms, rain and flooding but, even so, there was colour and flowers to be found in Cornwall. 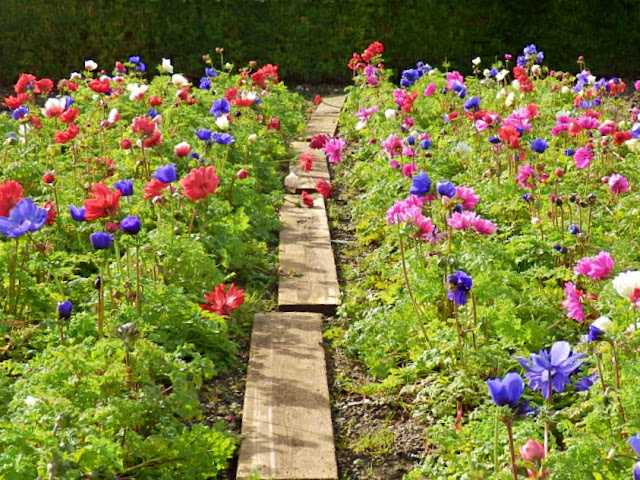 Today's post is of flowers and colour seen when out and about in Cornwall. 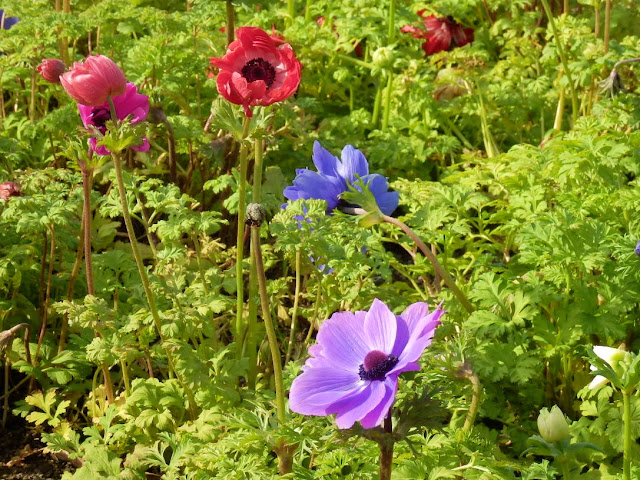 The above two photos and the one below were snapped at The Lost Gardens of Heligan. 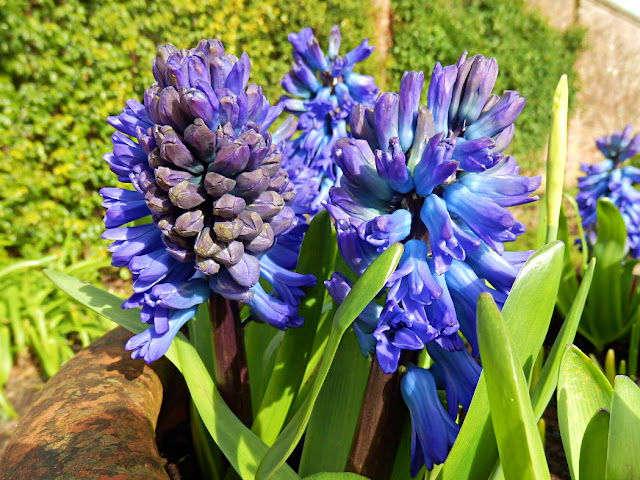 The hyacinths were near the exit at Heligan. 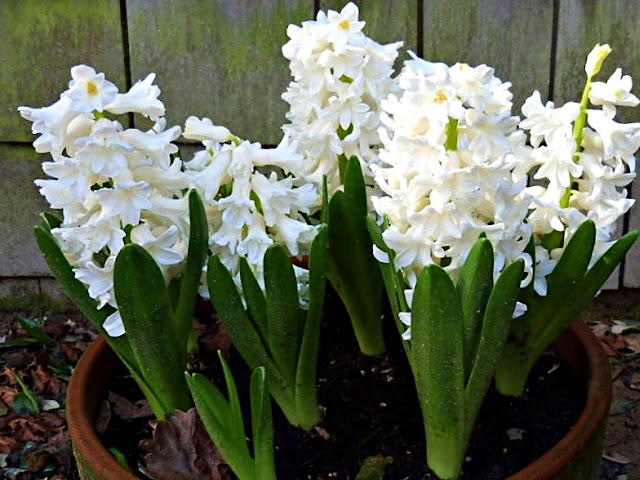 Okay, I know these doves aren't flowers but they seemed to be asking for their photo to be taken - so I obliged. 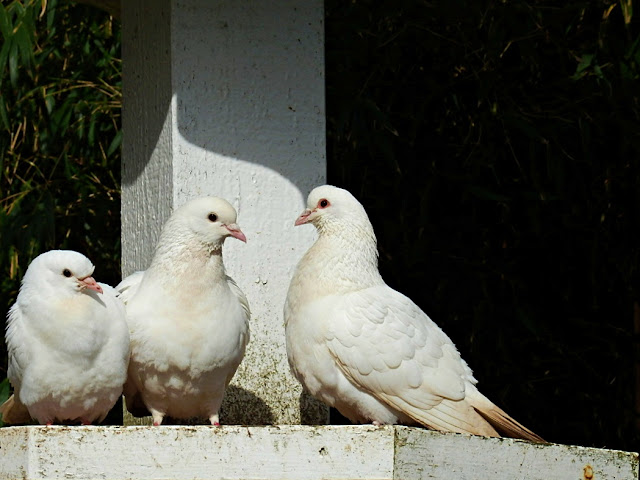 Quite a few camellia styled bushes about. 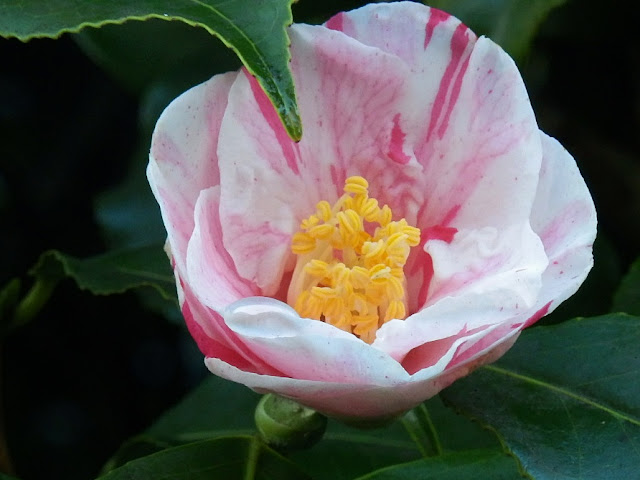 Mostly have a touch of pink about them. A camellia in my garden quickly drops the lovely flowers to the ground. Recent strong winds haven't helped. 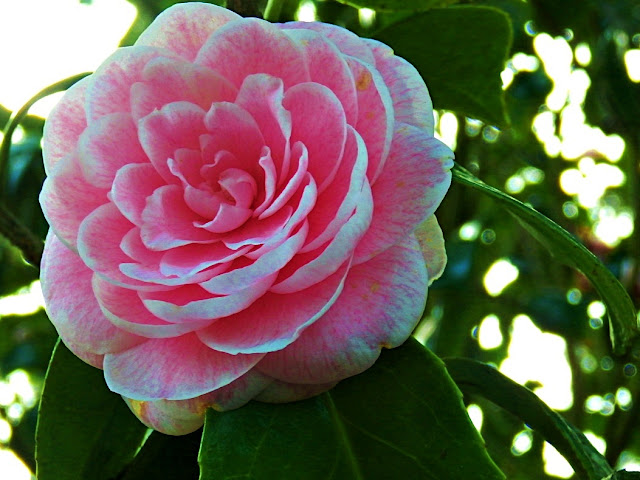 There seems to have been plenty of flowers for anyone favouring pink and red. 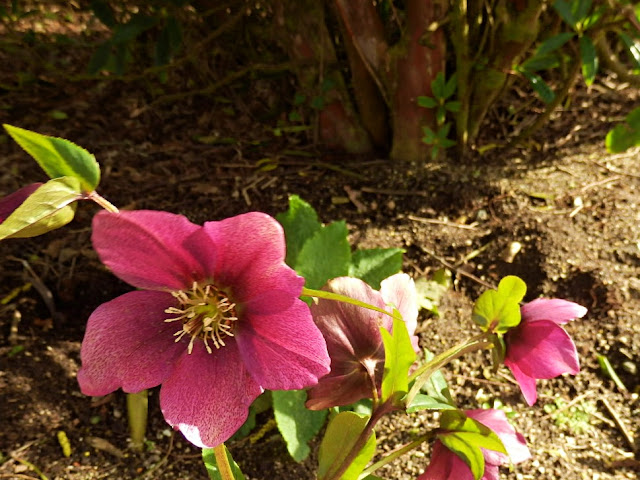 Daffodils by the River Fowey are a little windswept. 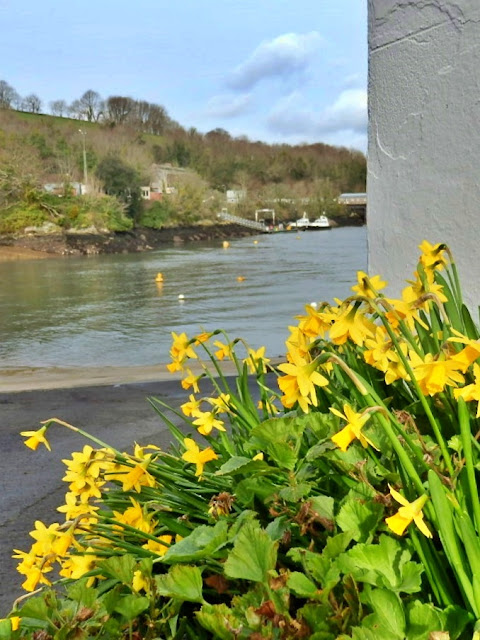 But I found lots more daffodils in various places. Always great to see but wish they would flower when the sun is out and about. The daffs in my garden soon got flattened by the rain and wind. 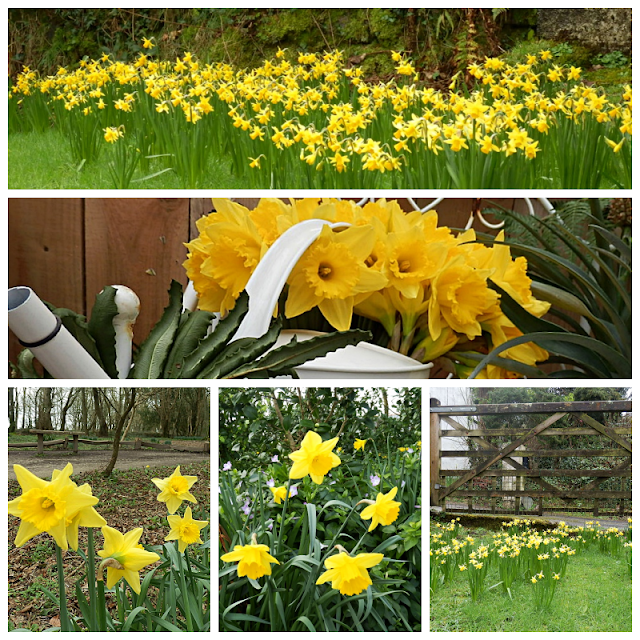 Attractive flowers in window boxes next to a cottage door in Fowey. 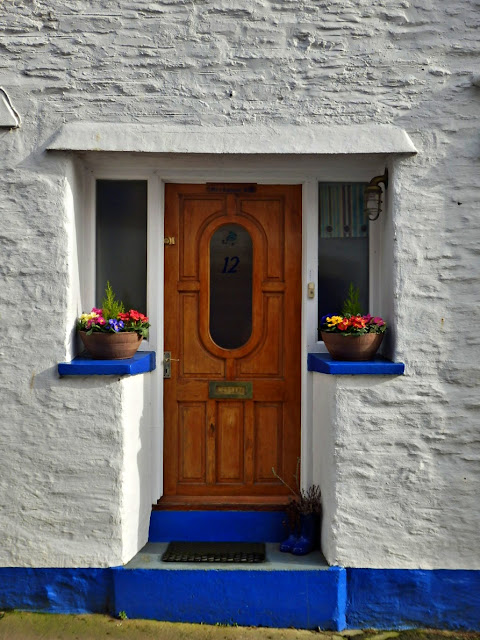 Not sure what the flowers are below but they were in the Fowey Hotel garden. 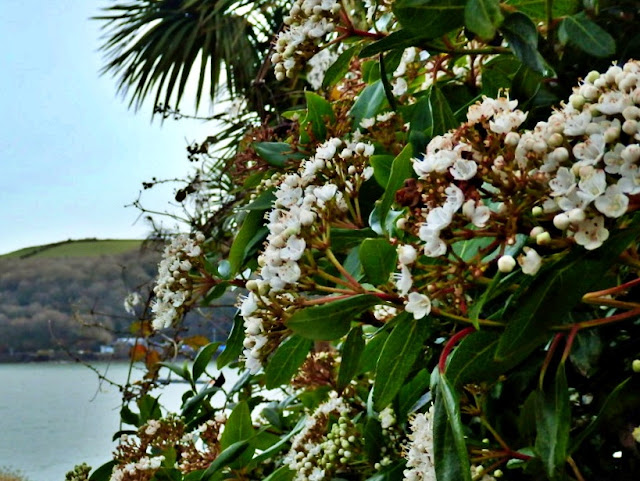 The garden has a lovely position overlooking the river Fowey. Nice place for a traditional Cream Tea - when the weather has improved, of course. 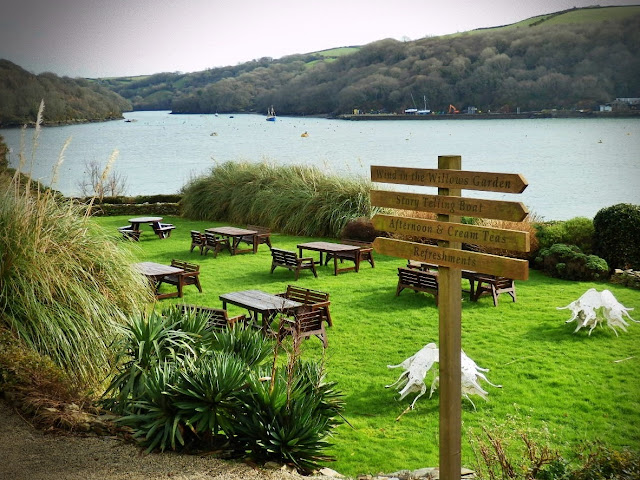 Snowdrops are often a flash of white early in the year. 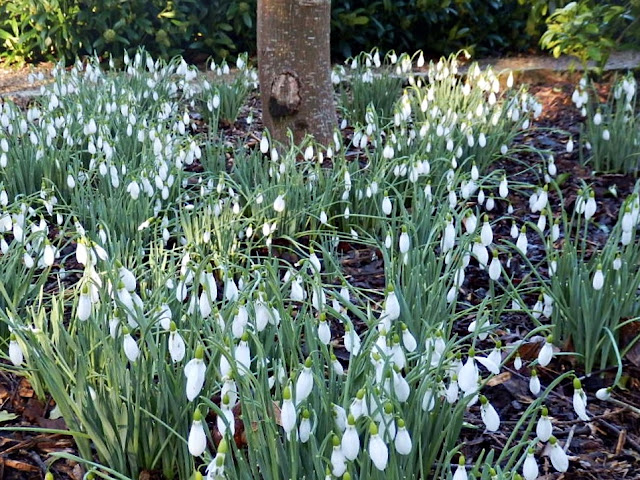 The next three photos were snapped in Pinetum Gardens, Holmbush, Cornwall 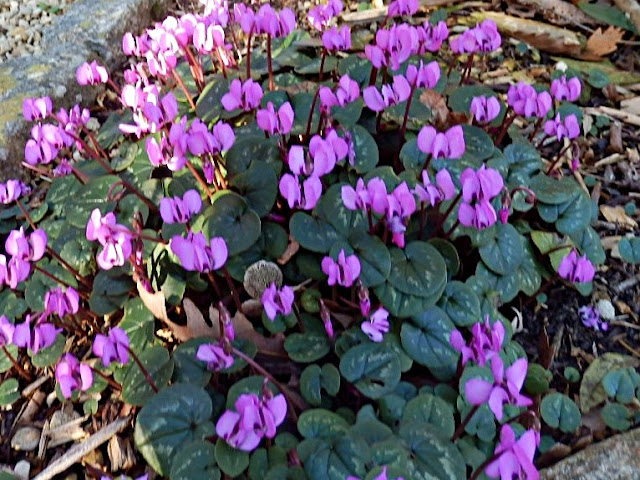 I like to see heather en masse, always makes a lovely display. 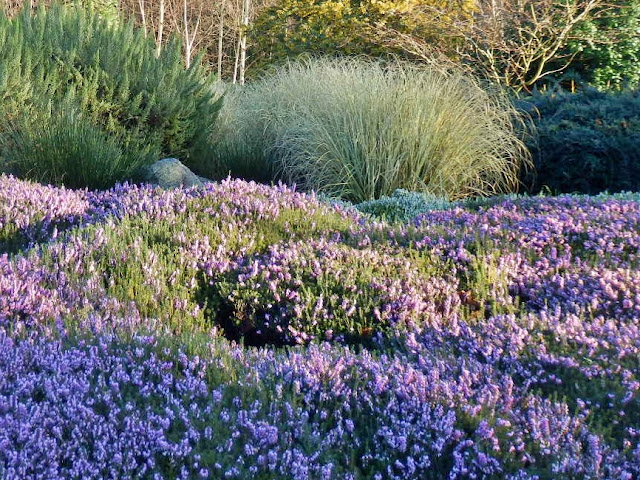 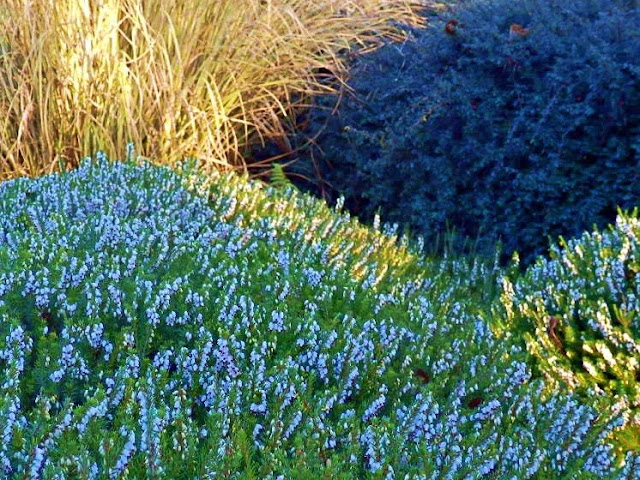 A couple of flowers from the wild side. Firstly the gaudy yellow gorse. 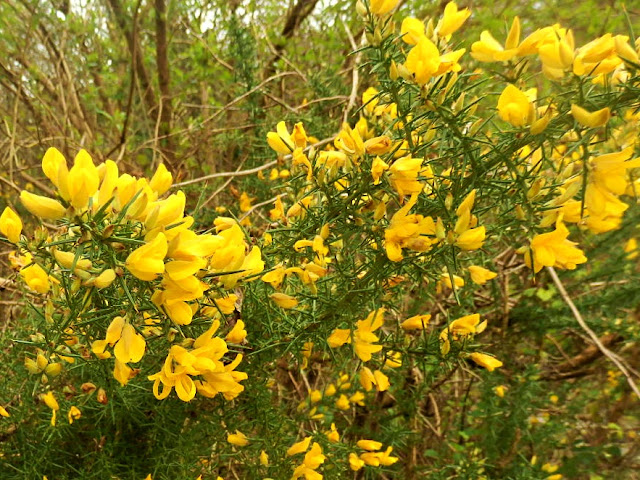 And a wildflower from the hedgerow. 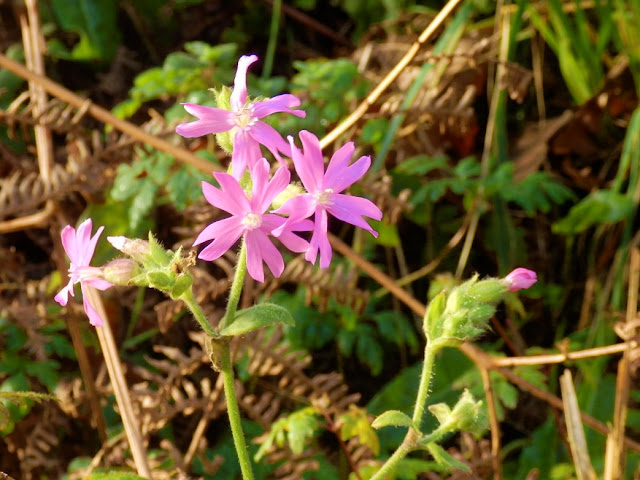 Oh yes, and this orchid from the warmth of our dining room. I think it looks like some kind of exotic creature or, there again perhaps not. But, whatever, thanks for looking at this post and the photos. 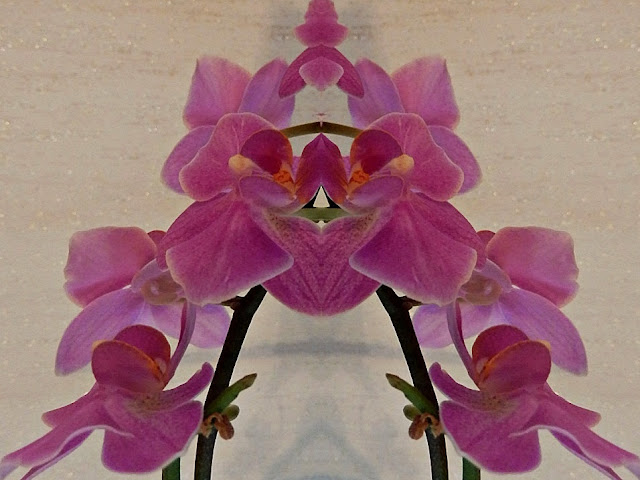 More flowers on:
15 Photos of Flowers in Cornwall
10 Photos of August Flowers and Colour In Our Garden In Cornwall
at March 04, 2020