Following Your Nose in St. Austell to the Cemetery Park and Other Places 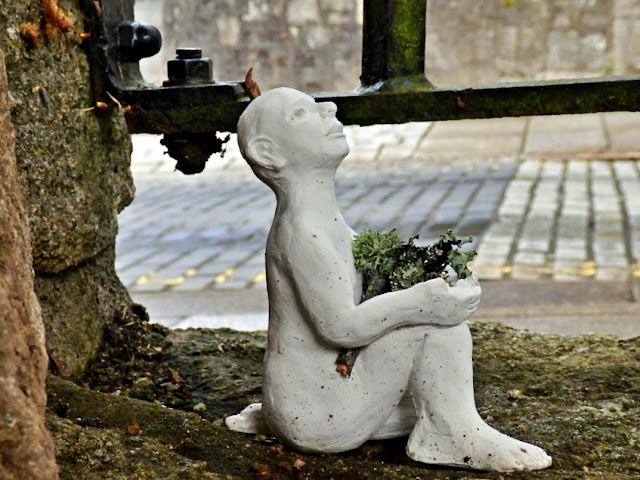 If you simply follow your nose through St. Austell you never know what you might find. Perhaps you'll come across one of the Buccawidden white clay piskies by Zenna Tagney* or perhaps Random Acts of Art**, as below - with a story to tell as well. Here's one of the stories ...
Mr Eddy was a regular visitor to Grace's house in Trevisoe, especially if her mother had made her fruit scones which you could smell all the way as far as Thethosa.
He had a glass eye, did Mr. Eddy which often fell out when he became animated. One day it rolled across the linoleum making a disturbing noise, which cut through the polite Sunday afternoon, after chapel conversation. It was Grace's job to retrieve it. A job she didn't relish. She saw it rolling in forgotten dust under a cupboard. As she was just about to grab it, it winked at her. 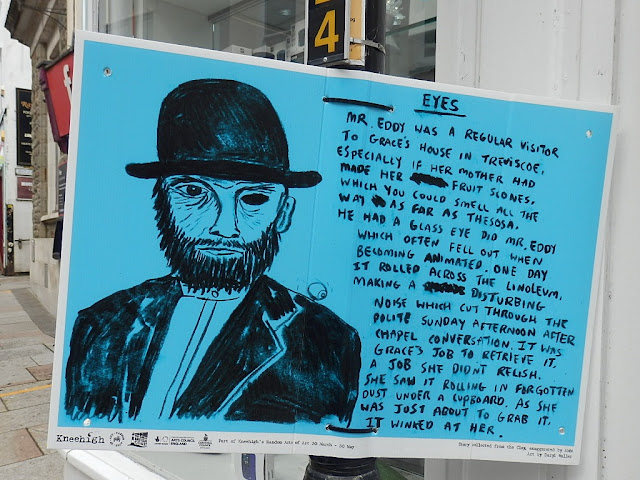 Walking through the town, towards the station and up the hill, there's the Quakers Meeting House built in 1829.
Quakers believe that there is something of God in everybody and that each human being is of unique worth. This is why Quakers value all people equally and oppose anything that may harm or threaten them. I can equate with that sentiment. 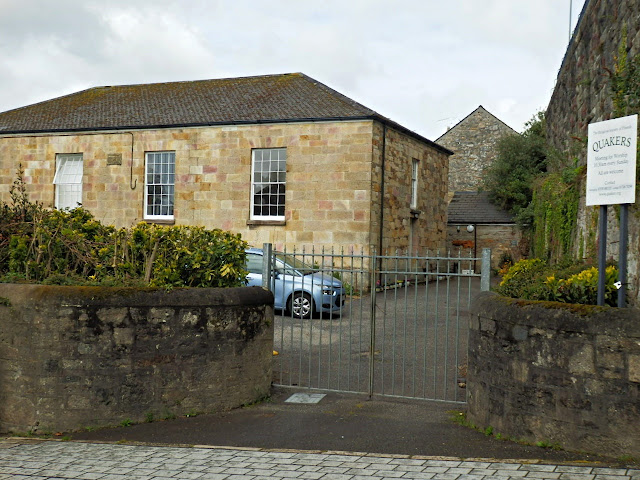 Across the road is the entrance to the Cemetery Park. 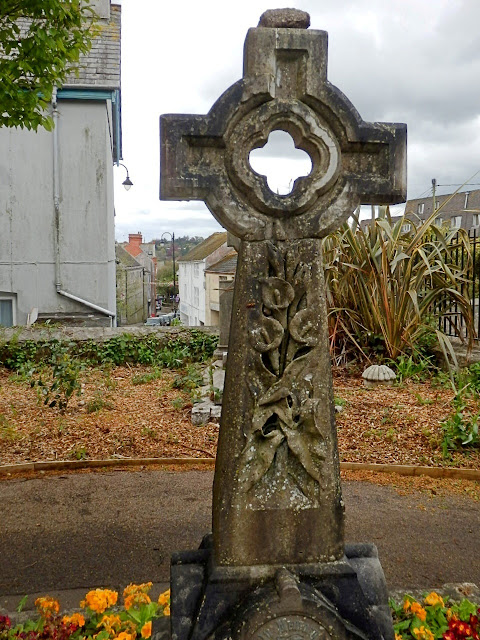 Once in the park there's lots of space with places to sit. 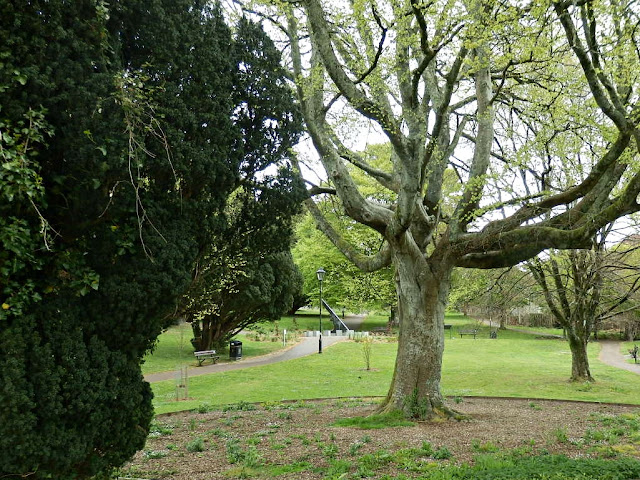 The name of the park becomes apparent once inside. Around the boundaries are 485 old grave stones or memorials. 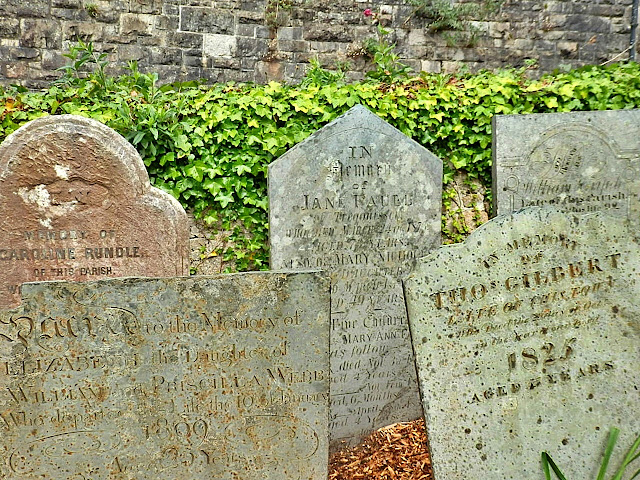 This was once known as the High Cross Cemetery, opened way back in 1793 and finally closed in 1878.
The memorials are all very old and some are now difficult to read. 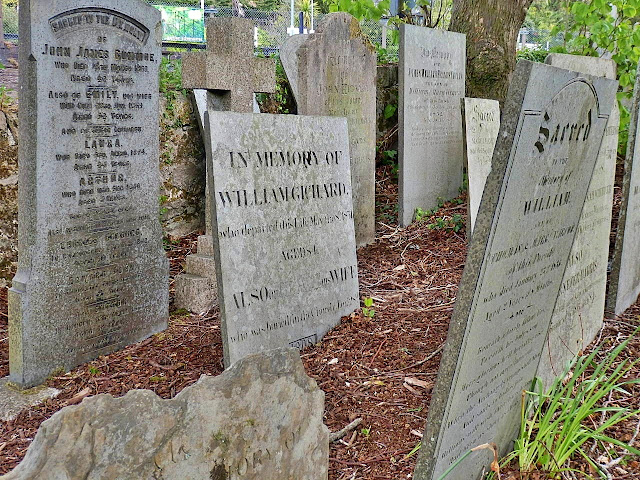 The park has many mature trees and while on my visit I only saw two other people - mind you, it wasn't one of the best days weather-wise. 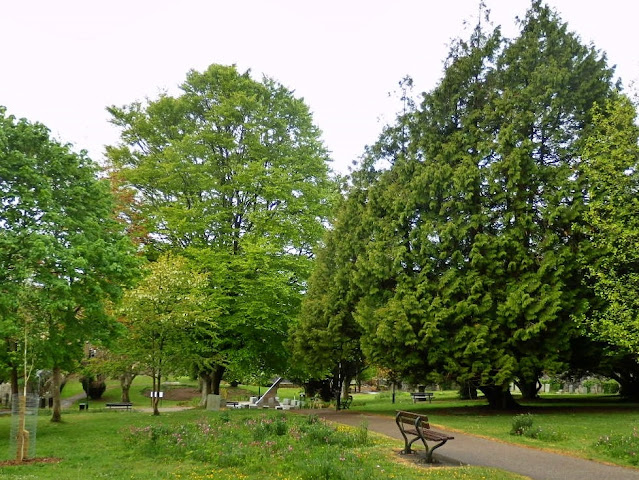 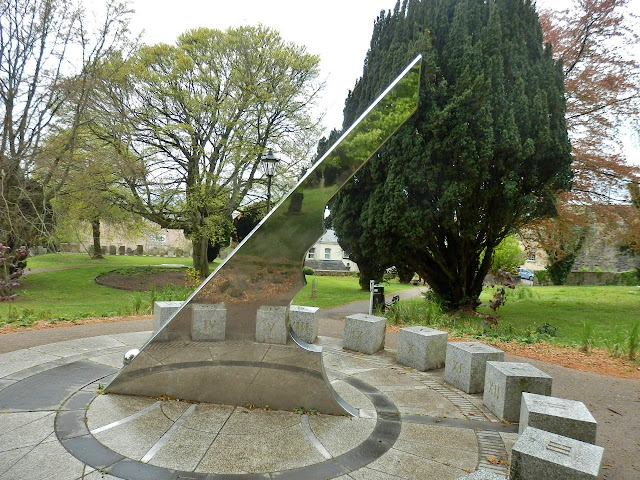 I must admit though, that it was the old memorials that interested me. I'm not sure why, but I have been fascinated by cemeteries ever since a child, though not in a morbid way.
There was one memorial in particular I was looking for: that of Charles Rashleigh. 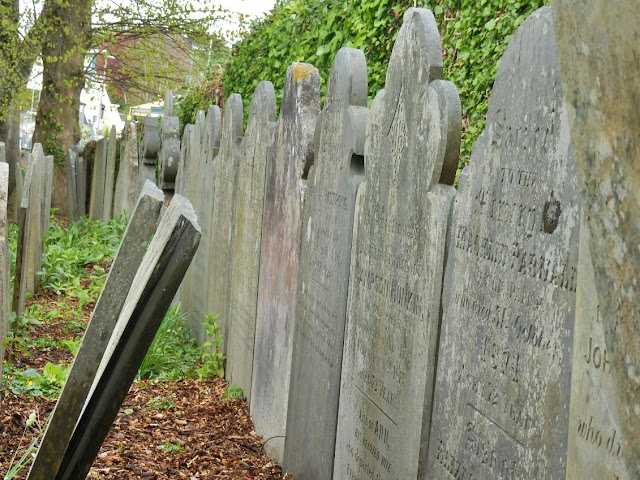 I eventually found what I was seeking. You might just be able to make out the name, Charles Rashleigh, in the third row below. 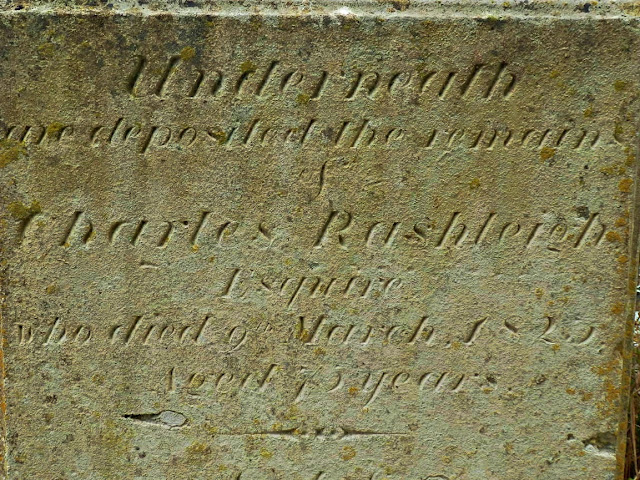 For those who may not know Charles Rashleigh is the 'Charles' as in Charlestown, Cornwall.
In 1790, what is now known as Charlestown, was a small fishing village of Porthmear. It is often stated that just nine fishermen and their families were resident. Charles Rashleigh though, saw other possibilities
Copper (and later china clay) needed to be exported from the local area so Rashleigh decided to build a harbour, with the help of a few friends including John Smeaton who was well known for constructing lighthouses and harbours.
The harbour and port were constructed between 1791 and 1801.
Eventually, under Rashleigh's guidance, a village was also developed around the harbour. The name was changed from Porthmear to Charlestown in honour of Rashleigh. There is also now a pub and hotel called the Rashleigh Arms, owned by St. Austell Brewery.

Rashleigh left the following request, regarding his death, in his will dated 1809:
"This is the last Will and Testament of me Charles Rashleigh of Duporth in the Parish of Saint Austell in the County of Cornwall made the eleventh day of February in the year of our Lord one thousand eight hundred and nine. I desire that my Funeral may be private and that no mourning be given of any sort but that the usual fees be increased equal to the cost of the Hatbands and so forth and that my remains may be placed in a plain Wooden Coffin. If I shall die at or within ten miles of Saint Austell parish I desire to be buried in the New Burying Ground belonging to that parish and to be carried to the Grave by twelve of my own Labourers." 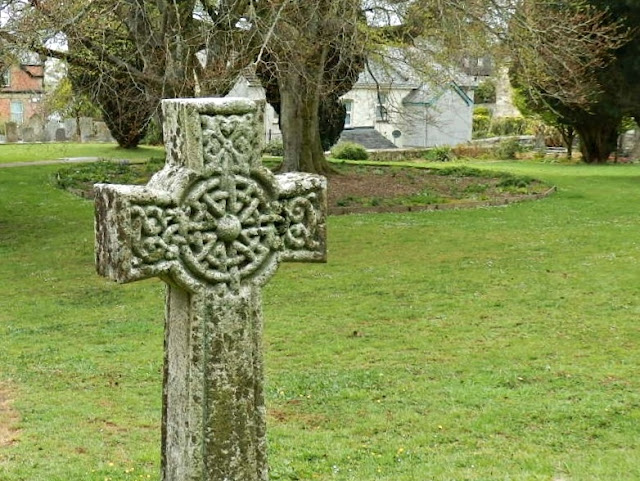 Having found what I had been looking for I left the Cemetery Park and followed my nose once more. This led me to spot the green man's face, which had been placed on the pedestrian crossing. 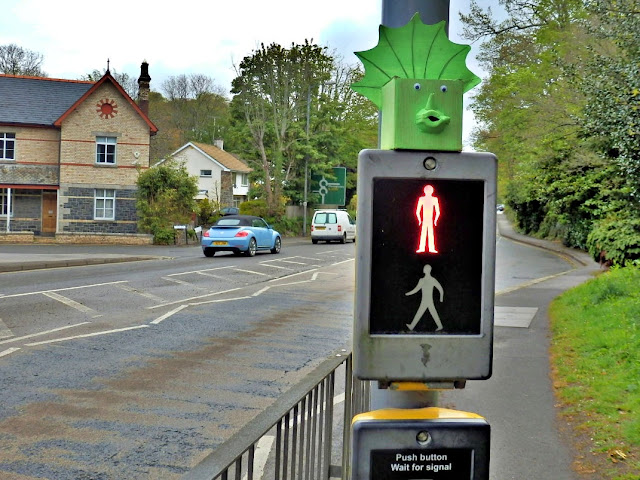 I also spotted a quizzical cat ... 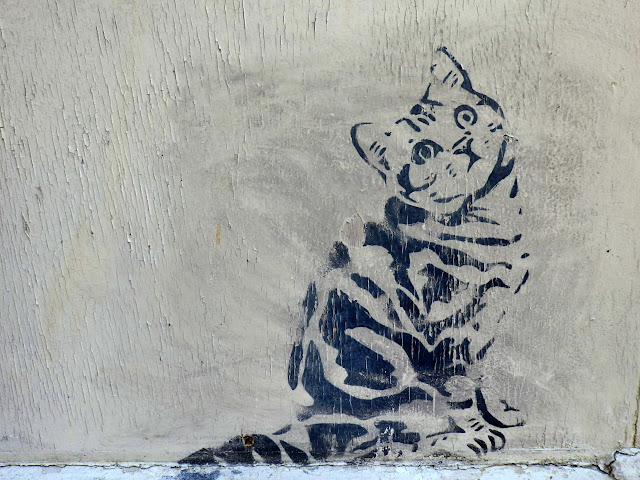 ... while the seagull was learning his lines. 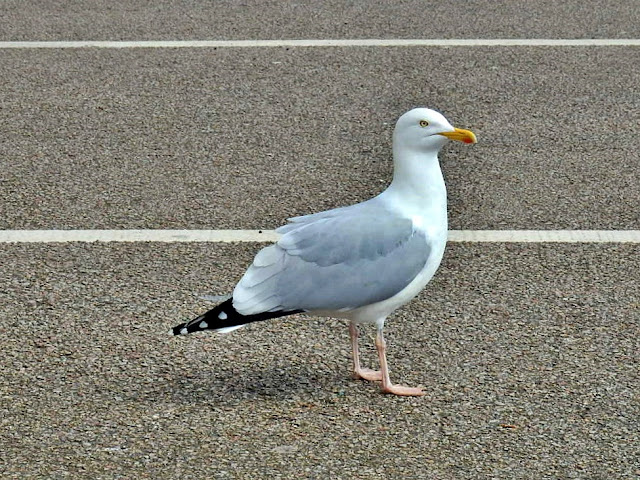 And to finish the post the window of a local Chinese restaurant with clouds reflected in the window. 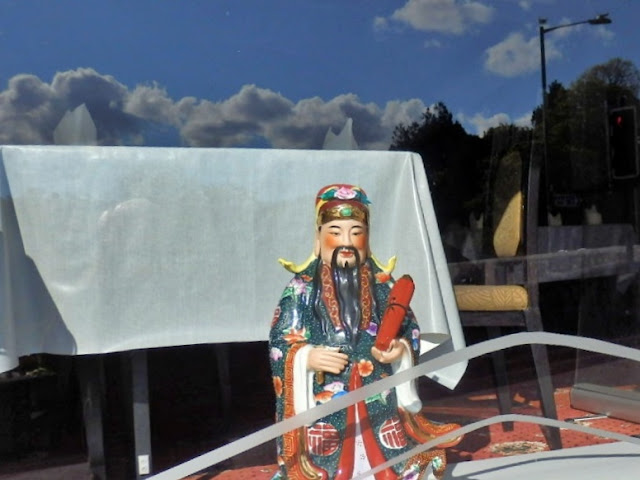 ** More info on Random Acts of Art on the Kneehigh web site and you'll find details of * Zena Tagney here.