Truro Cathedral and White Feather Stories Which Comfort the Bereaved 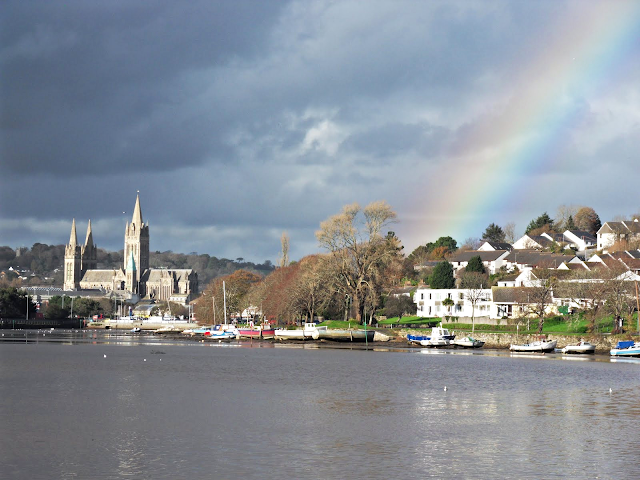 This is Cornwall's cathedral in Truro. The foundation stones were laid by Edward, Prince of Wales, Duke of Cornwall in 1880. The Cathedral of the Blessed Virgin Mary was finally completed in 1910. 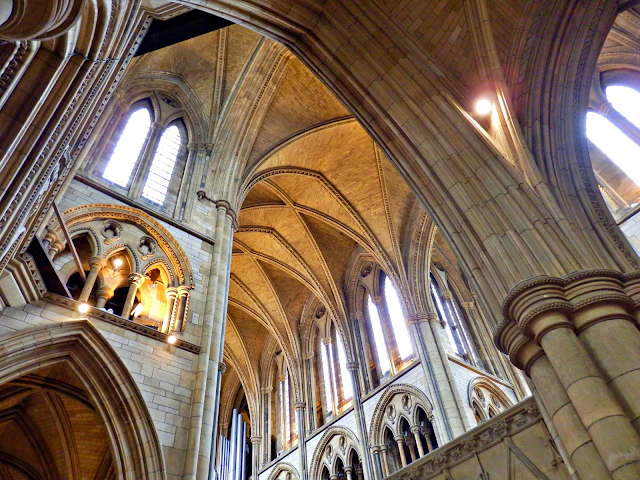 On a recent visit to the cathedral I snapped a few photos. 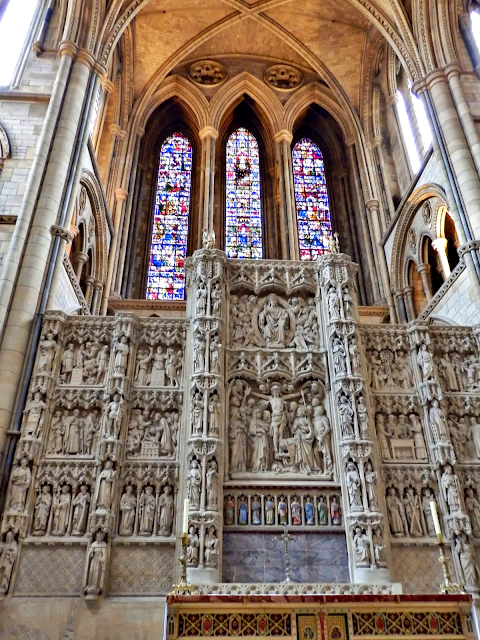 While in the cathedral I noticed the poem, as below, titled The White Feather Sniper. 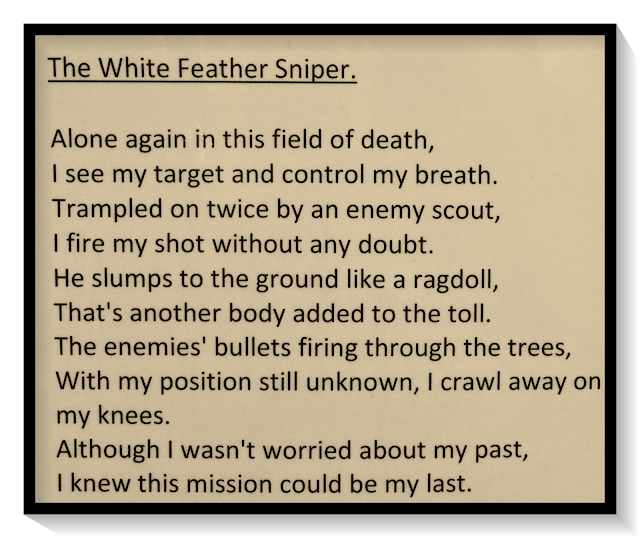 This made me smile as I have collected many stories about  white feathers over the years.
The stories I have collected all have the same theme: where people have seen white feathers following the death of a loved one.
I realise many will think of this as being in some sort of fairyland, but I have experienced this myself.
In a very short period of time, a few years back, three people very close to me died within a fifteen month period.
This was obviously a difficult time but my wife and I started seeing white feathers, completely out of the blue. They were mostly large fluffy feathers which often appeared when we were thinking of our loved ones. For some reason the white feathers brought us comfort. 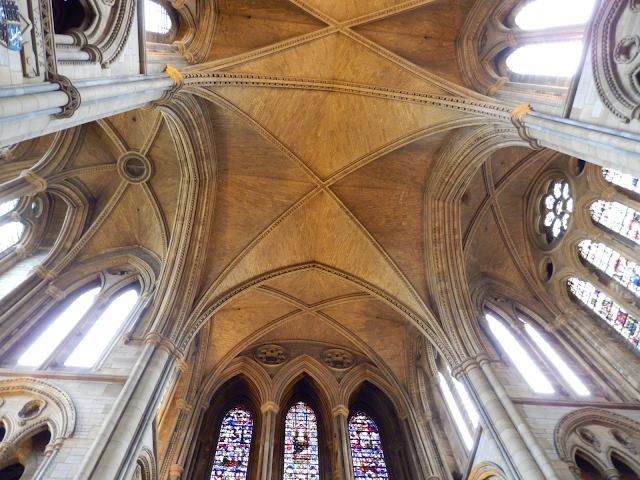 Here are just three of the many white feather stories I have collected:
(1) My dear husband, Gene, passed away and ever since then I have found white feathers.My grandson and I were sitting in the same place my Gene and I would sit in Church and a white fluffy feather landed between us. In the Spring my son took me to a major league ball game and down came a white feather. And it goes on and on. I'm making a collection of them. Just when I need a feather from Gene, down it comes. In my heart I know its the Lord and my Gene saying every things alright!

(2) When my mother died, it was the worst moment of my life. I was in tatters and, as silly as it sounds, I couldn't believe that she had really died.

At the funeral I was in bits as we stood around mother's grave. As I looked down at the coffin a large white feather fluttered down and settled on some flowers, on top of the coffin. A good friend said, "Look your mother is thinking about you." I wasn't sure what she meant but somehow it was as if I had pulled myself together. I stopped crying and felt at peace.

Over the next few days I saw other white feathers and I believe they were from mother telling me she was alright and I should get on with my life.
(3) My sister passed away very suddenly aged 17, a few years ago.

I had never seen a white feather in our house ever before, but they began appearing every single day for the first couple of weeks after she passed away. I wasn't very religious beforehand, but I definitely took it as a sign.

When it was time for me to leave my home a few weeks later, to go back to college, I found a gigantic white feather on my bag, and one stuck to the car door. 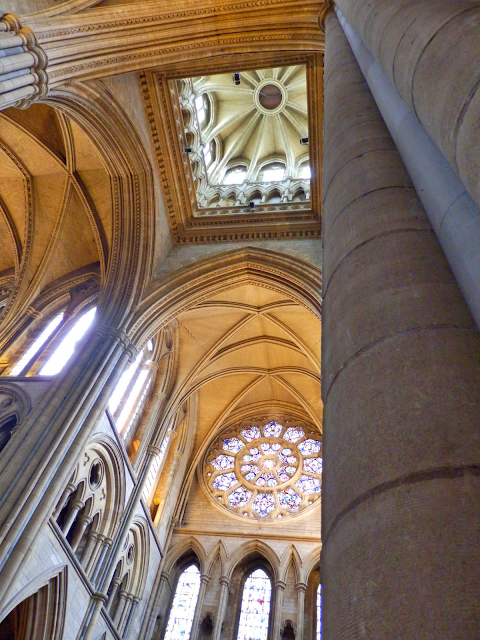 I'll leave it there with just the three stories, though I have dozens and dozens more.
It's a difficult, emotional time when a loved one dies and I guess we like to think that they live on.
When my mother died I found a poem in her purse - I feel she knew I would find it there. It was handwritten and I had no idea at the time who it was by. I have since learned that it was written by Canon Henry Scott-Holland, 1847-1918, Canon of St Paul's Cathedral, London. Here's the poem:
Death Is Nothing At All
Death is nothing at all,
I have only slipped away into the next room,
I am I and you are you.
Whatever we were to each other,
that we are still.
Call me, by my old familiar name.
Speak to me,
in the the easy way you always used.
Put no difference into your tone.
Wear no forced air of solemnity or sorrow.
What is death, but a negligible accident?
Why should I be out of mind
because I am out of sight?
I am waiting for you,
for an interval,
somewhere very near,
just around the corner.
All is well.
Nothing is past; nothing is lost.
One brief moment and all will be as it was before.
How we shall laugh
at the trouble of parting when we meet again!
Thanks for reading today's blog, despite it being a little different to my normal posts. I'll finish with another photo of Truro Cathedral. 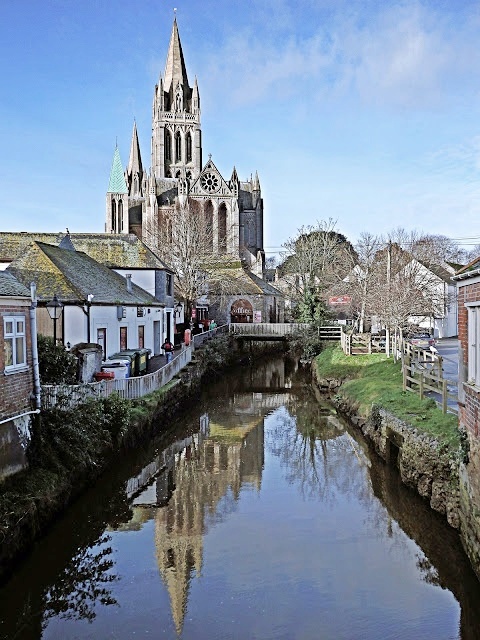 I was feeling a little 'under the weather' as I looked out of our upstairs bedroom window - photo below. I decided the answer was ... 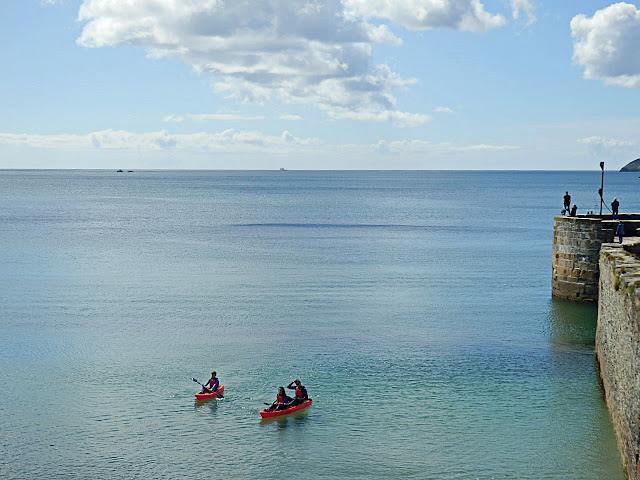