A Walk in Luxulyan Valley to View Cornwall's Industrial Past 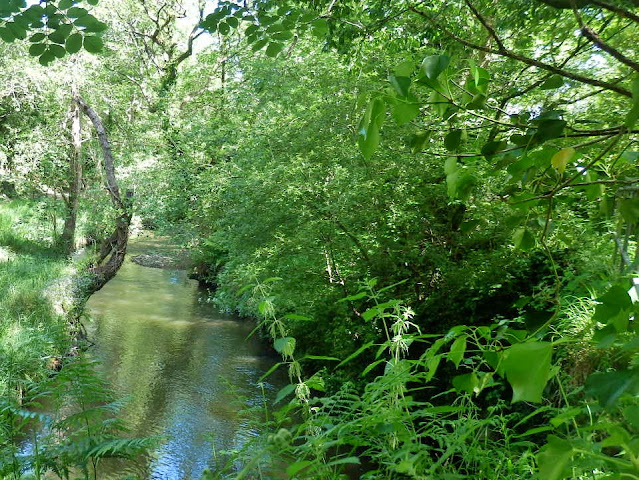 A walk today in the Luxulyan Valley. We decided to keep it shortish and walk for an hour and then retrace our footsteps. So no more than two hours in total, probably less. I'll show our starting point at the end of the post. 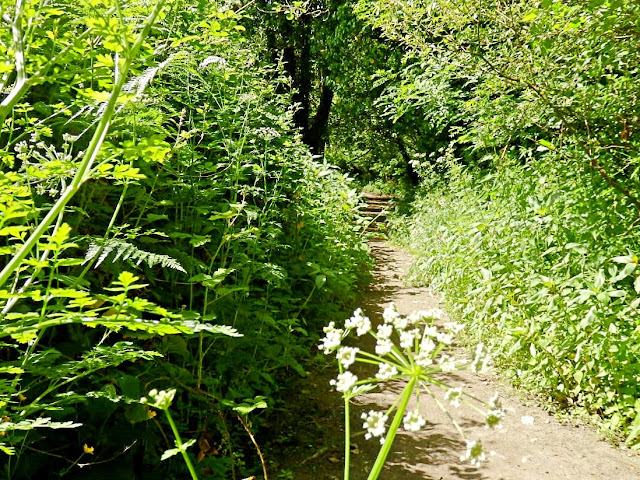 It's an interesting walk as amongst the pathways there are abandoned remains from Cornwall's industrial past. 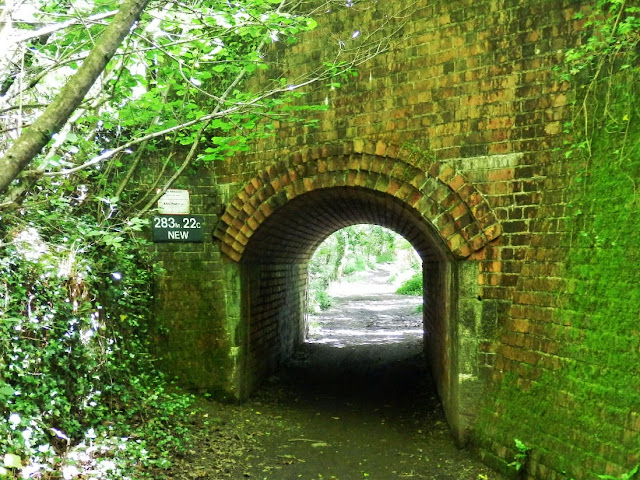 Way back, from 1840, stone laden trams would run down an inclined tramway to the valley floor. 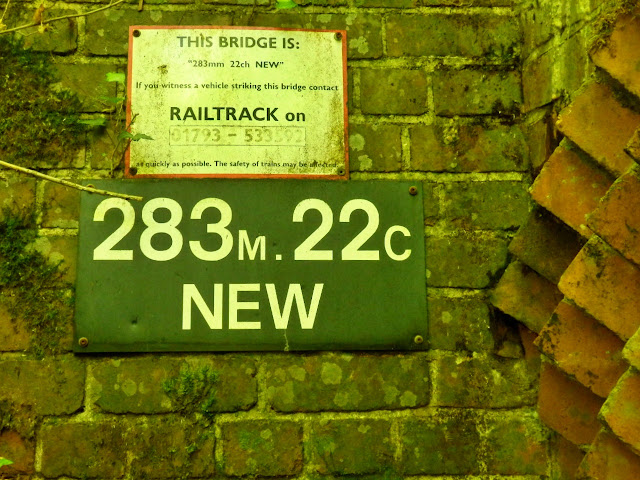 Old tramway lines can be seen alongside the path. 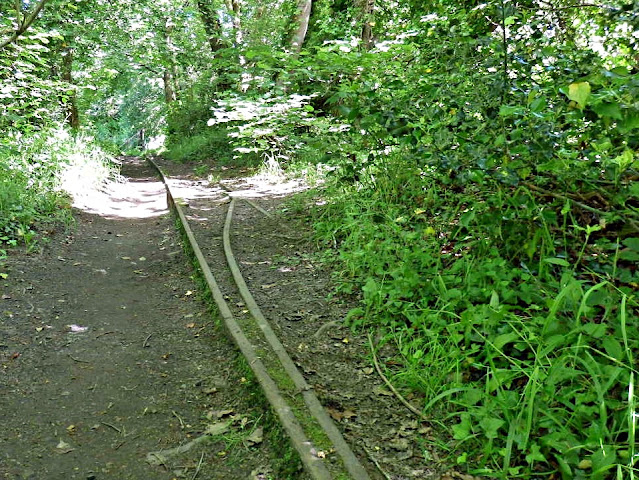 We saw very few people as we walked, mainly locals exercising their dogs. 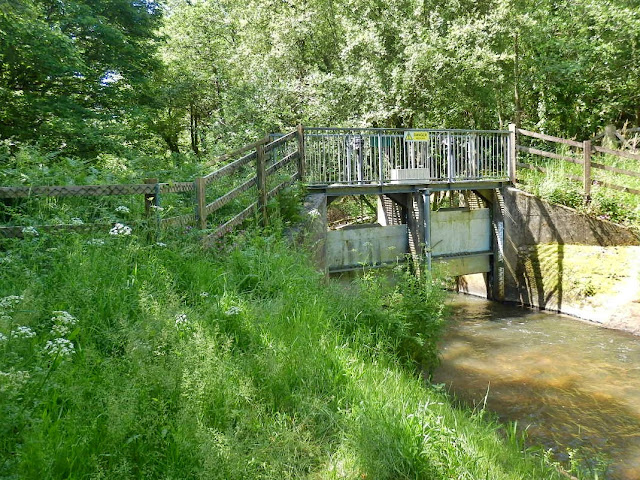 A sign of The friends of the Luxulyan Valley. 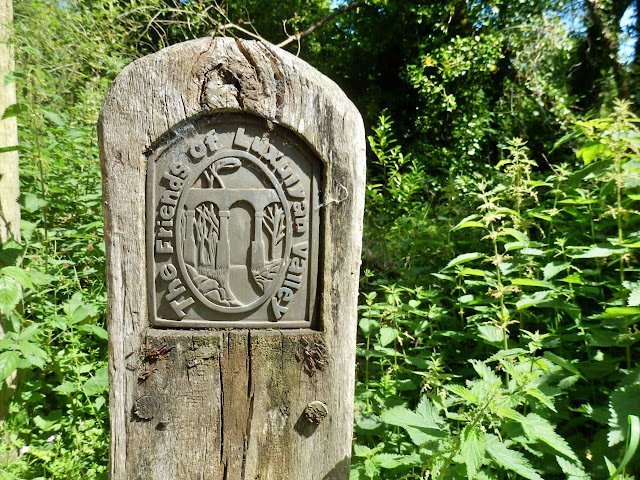 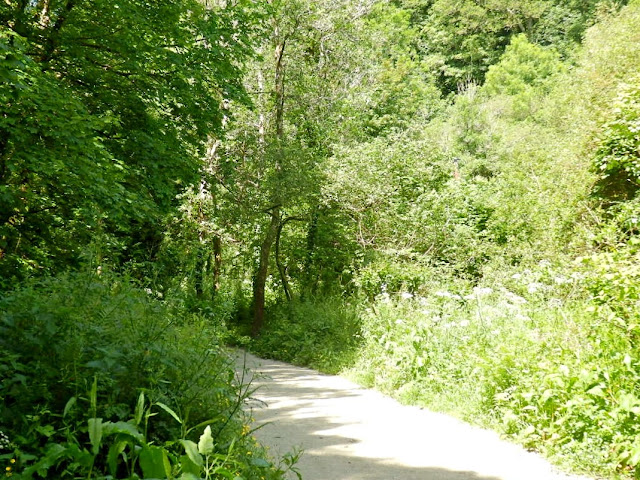 We walked under a bridge. 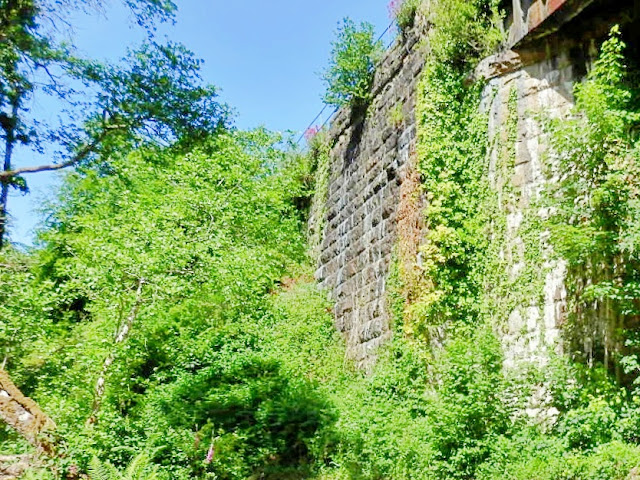 There is a warning sign reminding walkers to take care. 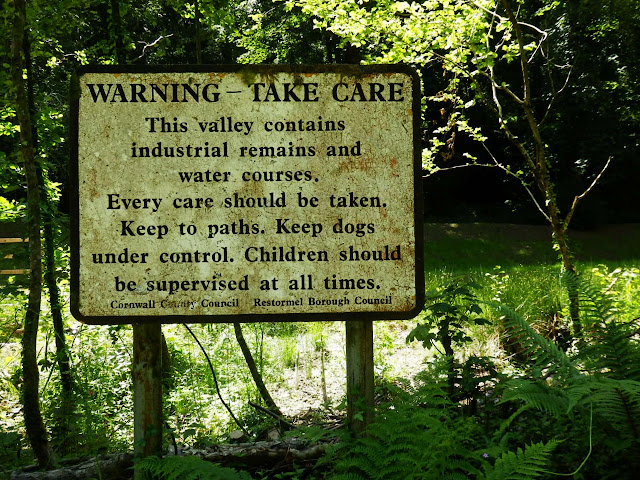 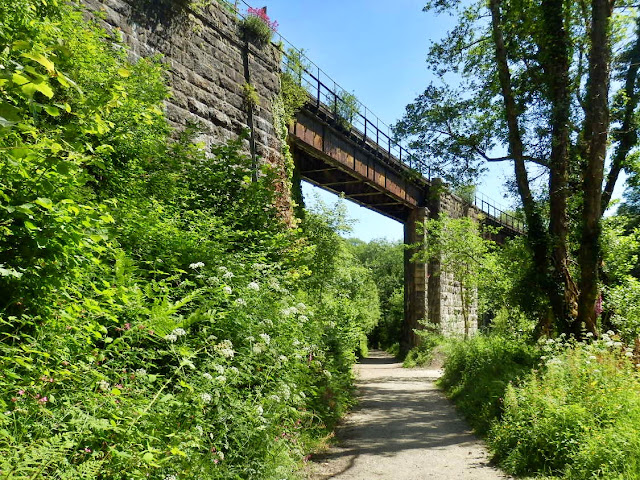 Looking up at the bridge, wild flowers contrasted with the blue sky. 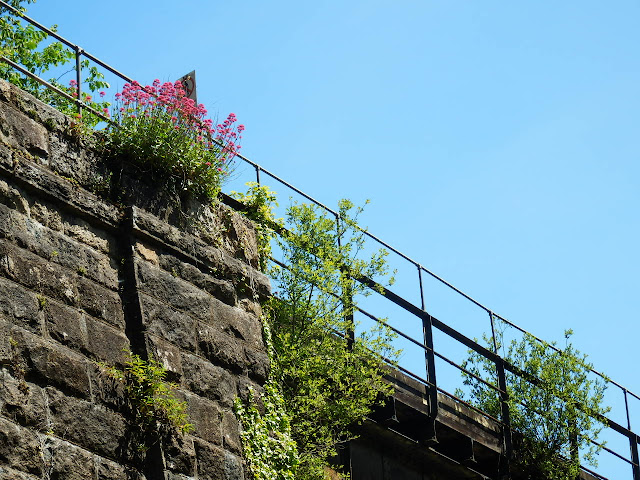 Typically for a valley there is a river rushing to get somewhere fast. 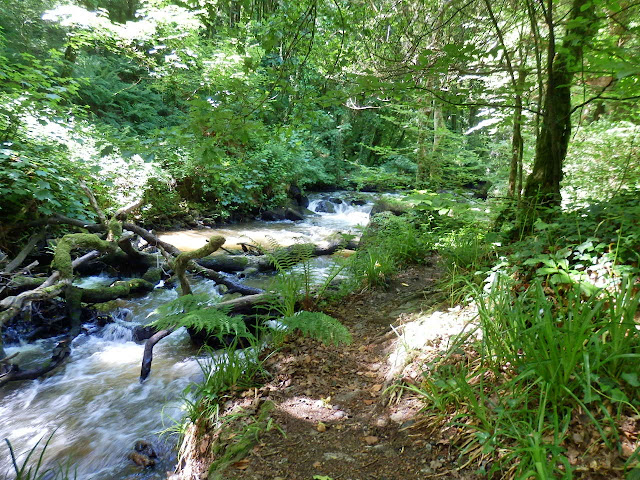 Debris had accumulated in the river. 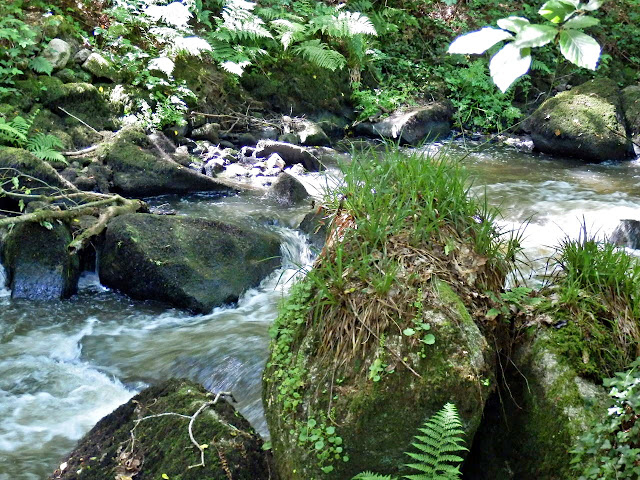 The sky may have been blue but the trees made everywhere cool and dappled. 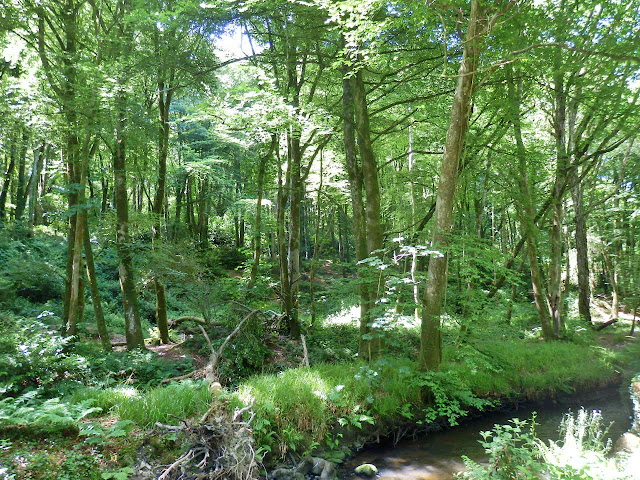 Ah, and then, suddenly, what I wanted to view: the remnants of the Trevanney Dry used until 1960 for processing china clay piped in from outside of the valley. 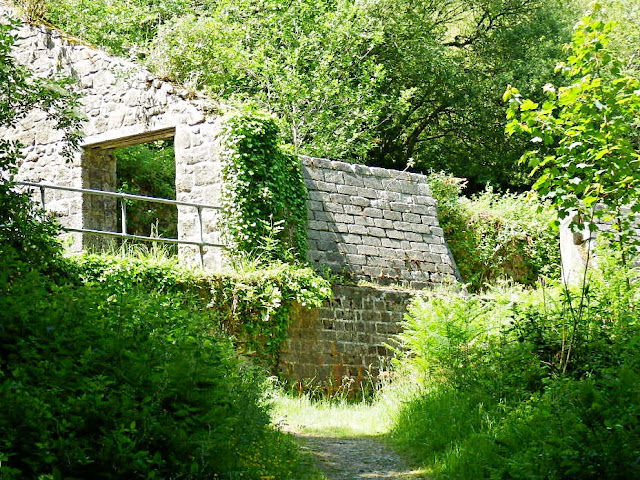 The next three photos show the remains of the building. 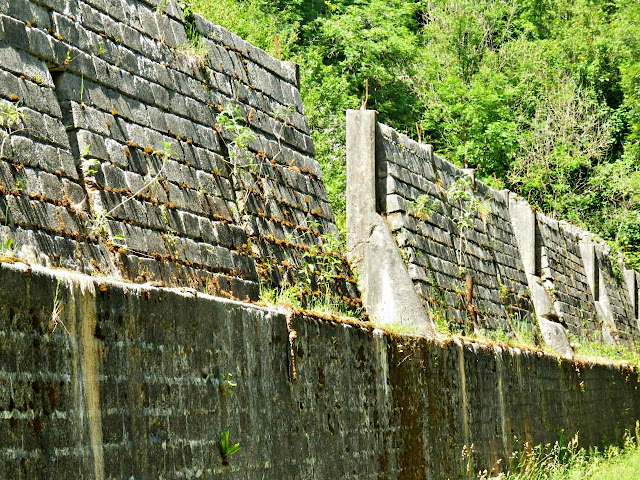 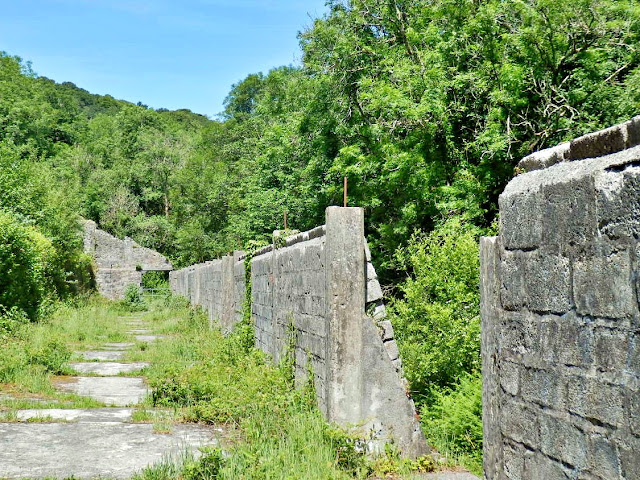 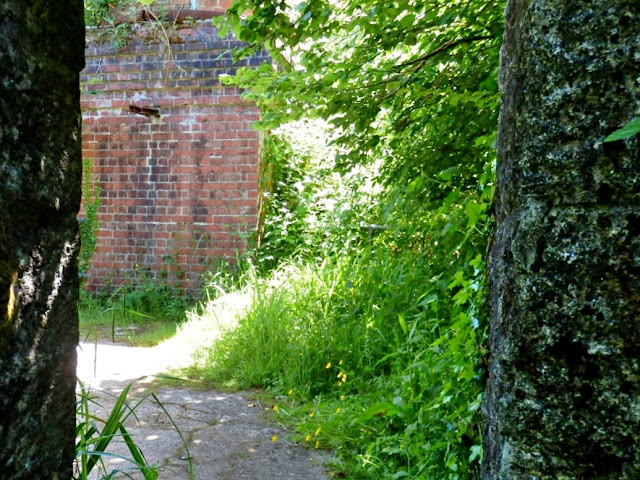 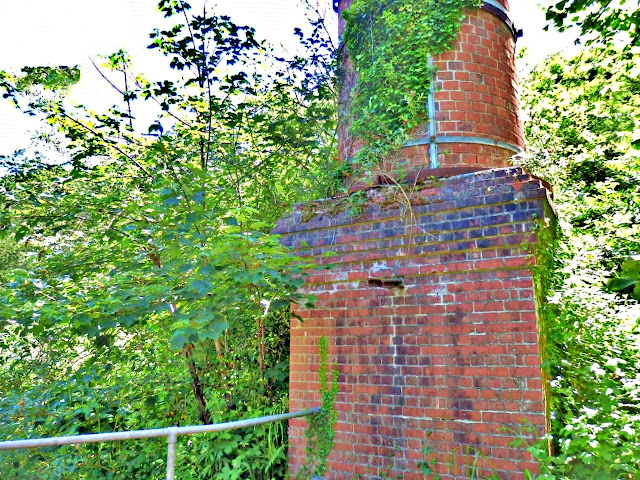 And the chimney from a distance. 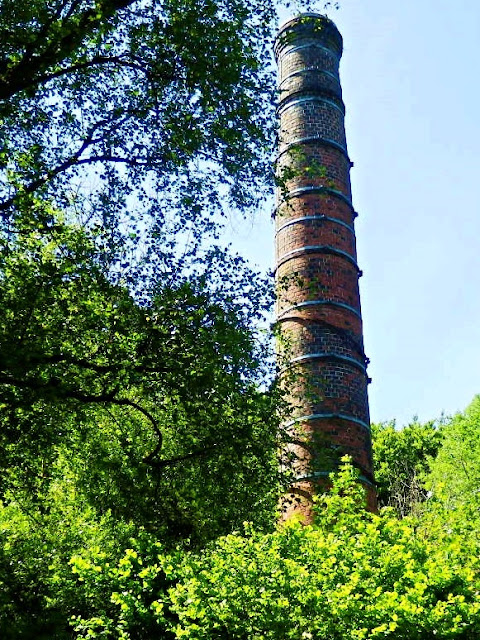 We now started to retrace our footsteps. So much greenery. 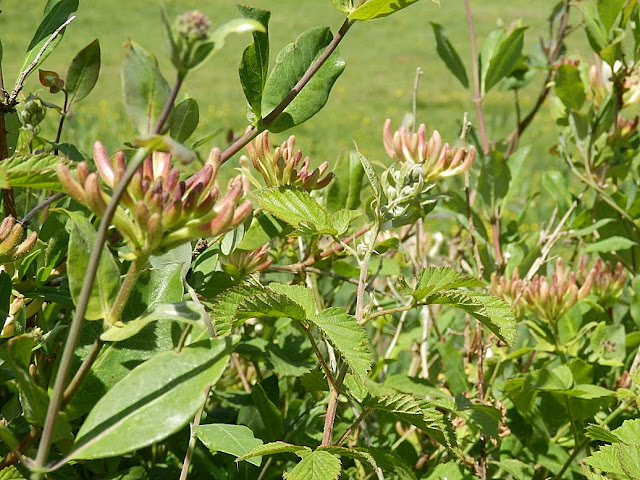 A river trundled along by the path and ... 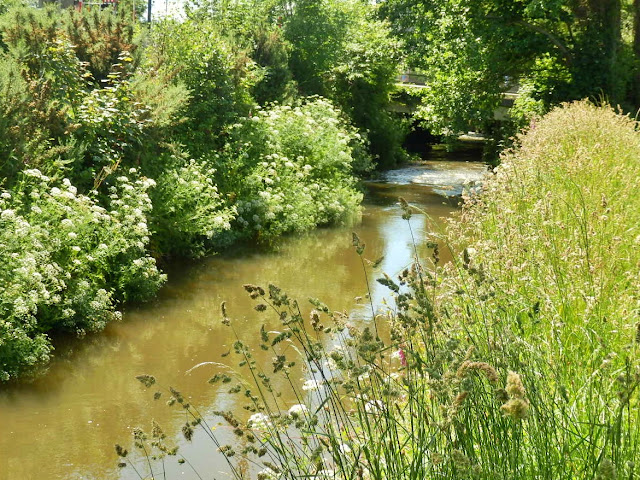 ... a sign for the St. Blazey Bridge was  by the railway lines.
We actually started our walk at St. Blazey. 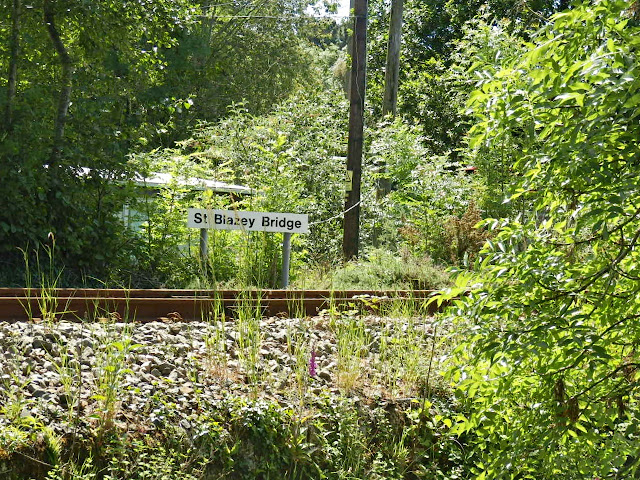 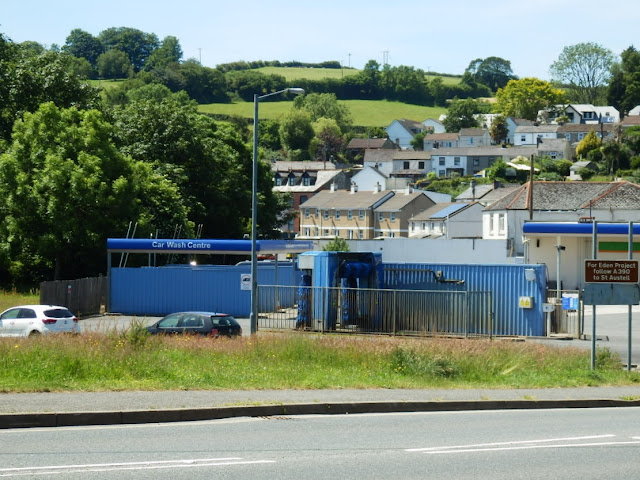 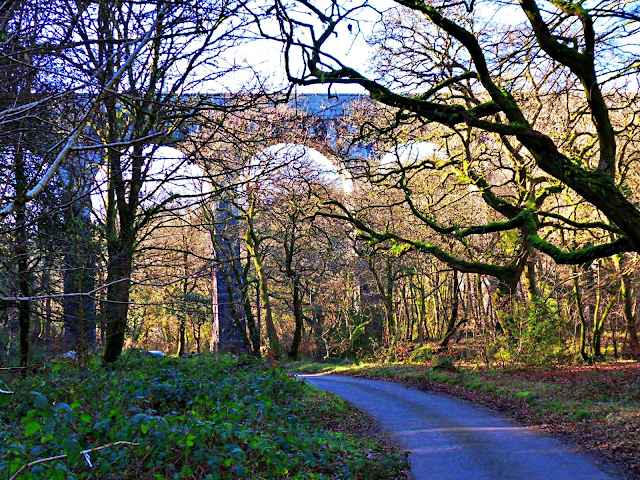