Who or What are Cornish Knockers? 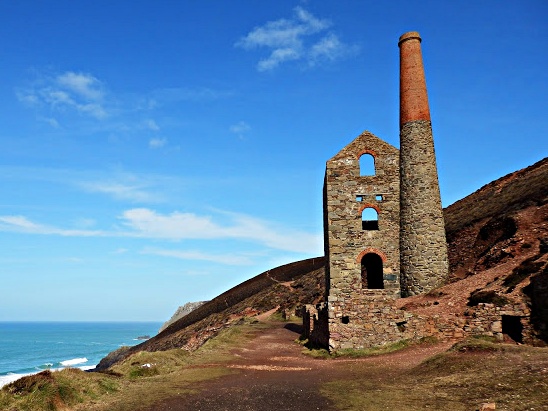 A further tale from The drolls, traditions, and superstitions of old Cornwall by Robert Hunt (1807 -1887). This tries to explain who are the Knockers, often mentioned in stories of Cornish tin mines. It appears that Charles Kingsley (1819-1875) posed the question: 'Who are the Knockers?' This was the reply:

One Saturday night I had retired to rest, having first seen that all members of the household had gone to their bedrooms. These were my daughters, two female servants and an old woman named Mary, who was left by the proprietor in charge of the house which I occupied.

I had some time in bed when I distinctly heard a bedroom door open and footsteps which, after moving about for some time in the passage or landing, from which the bedrooms opened, slowly and carefully descended the stairs.

I heard a movement in the kitchen below, and the footsteps again ascended the stairs and went into one of the bedrooms. The noise continued so long, and was so regularly repeated that I began to fear lest one of the children were taken suddenly ill. Yet I felt assured, if it was so, one of the servants would call me. Therefore I lay still and listened until I fell asleep.

On the Sunday morning, when I descended to the breakfast-room, I asked the eldest of the two servants what had occasioned so much going up and down stairs in the night. She declared that no one had left their bedrooms after they had retired to them.

I then enquired of the younger girl, and each of my daughters as they made their appearances. No one had left their rooms - they had not heard any noises.

My youngest daughter, who had been after this enquiry of mine for some minutes alone with the youngest servant, came laughing to me.

"Papa, Nancy says the house is haunted and that they often heard strange noises in it."

So I called Nancy; but all I could learn from her was that noises, like men going up and down stairs, of threshing corn and 'beating the borer' (a mining operation) were not uncommon.

We all laughed over papa's ghost during breakfast, and by and by old Mary made her appearance. 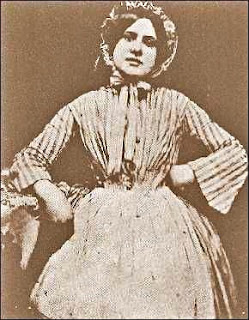 "Yes," she said, "it is quite true, as Nancy 'as told you. I have often heard all sorts of strange noises; but I b'lieve they all come from the lode of tin which runs under the house. Wherever there is a lode of tin, you are sure to hear strange noises."

"What, Mary! was it the knockers I heard last night?"

"Yes, 'twas the knockers, down working upon the tin, no doubt of it."

This was followed by a long explanation, and numerous stories of mines in Leland and St. Ives district, in which the knockers had often been heard.

After a little time, Mary, imagining I suppose that the young ladies might not sleep in a house beneath which the knockers were at work, again came with her usual low curtsey into the parlour.

"Beg pardon, sir," says she, "but none of the young ladies need be afraid. There are no spirits in the house; it is very nearly a new one, and no one has ever died in the house."

This makes a distinct difference between the ghost of the departed and those gnomes who are doomed to toil earth's dark recesses. 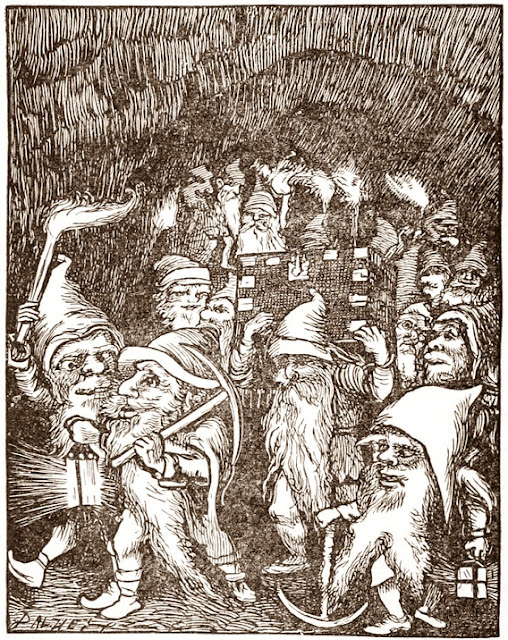 I have previously touched on the subject of the Knockers on my blog post Knockers, Tin Mines and Cornish Pasties.
at September 07, 2019