Village of St. Clement, The Tresillian River and The Ancient Ignioc Stone 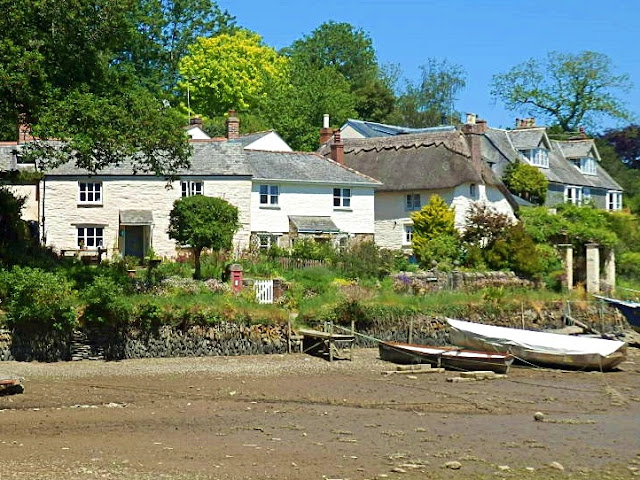 It was a pleasant day so we decided to walk alongside the Tresillian River to the small village of St.Clement. The photo above shows some of the riverside cottages within the village. 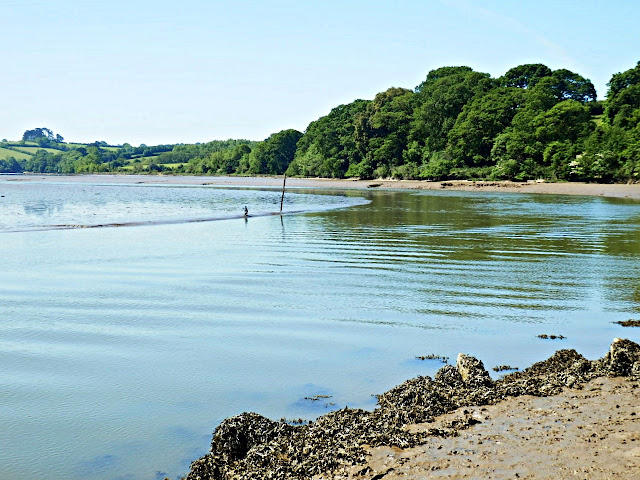 The river is tidal and looked splendid in the sunshine. Unfortunately the tide was going out so there were mud flats in places. 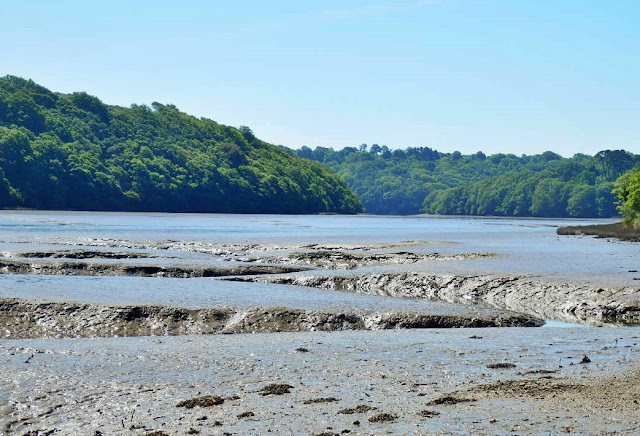 The path by the river is a decent width. 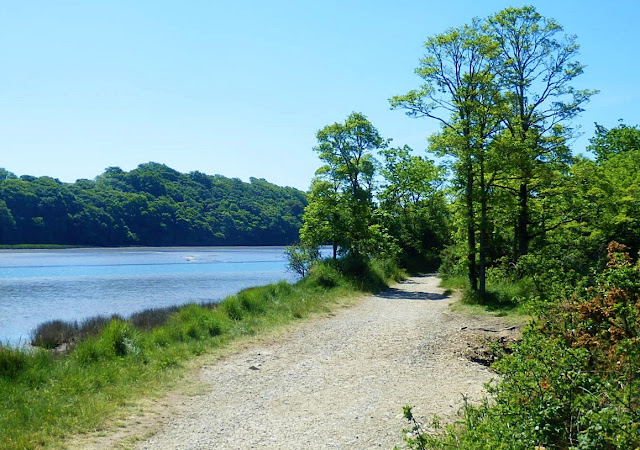 No boats on the river, only those not being used. 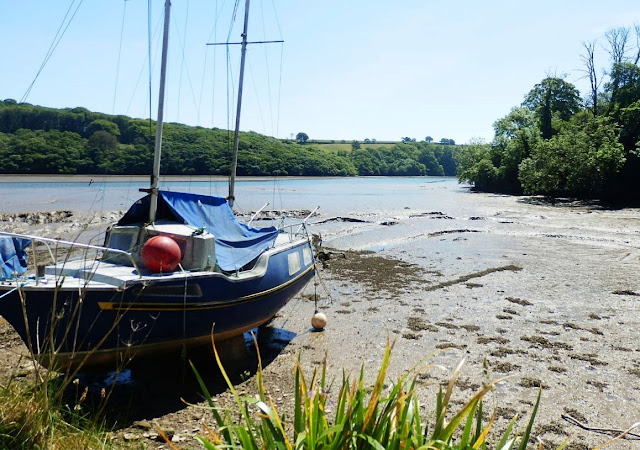 When we arrive at St.Clement we always look out for the row of cups and mugs on one of the buildings. 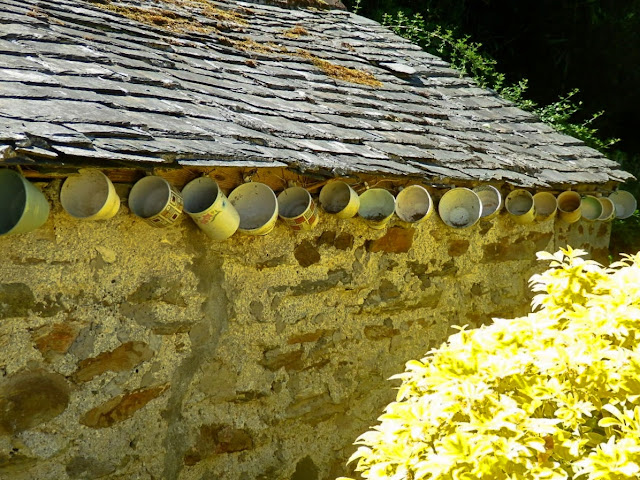 The main attraction in the village is the 13th century church. 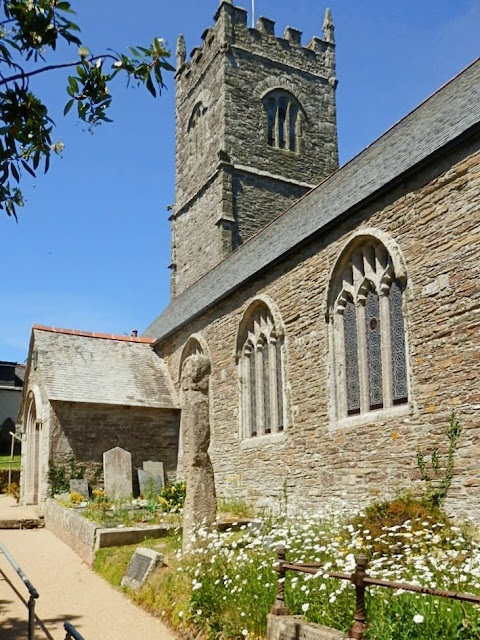 By the side of the church is a very old stone (below) known as the Ignioc Stone. There is an inscription 'VITALI FILI TORRICI' which translates as 'Vitalus son of Torricus'. It is thought that the stone goes back to the sixth or seventh century. There is another later inscription, IGNIOC - most probably a personal name - which gives the stone its name. 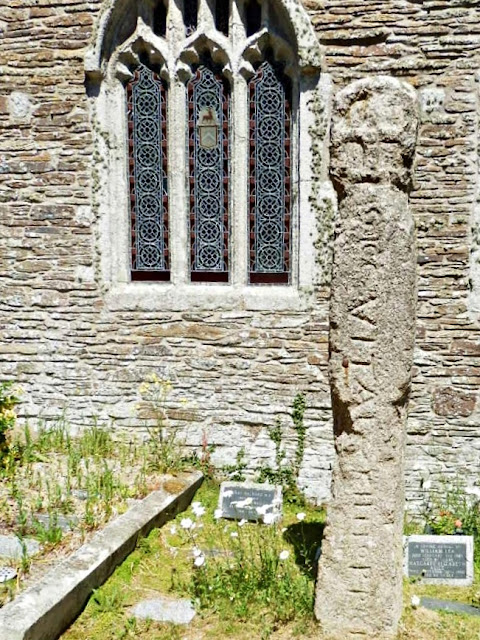 There are many old memorial stones, including the one below for William Callaway from 1784, as an example. It reads:


Today, of Health and strength we boast
To-morrow brings us down to Dust
May we, while Time & strength are giv'n
Believe in CHRIST & live for Heav'n 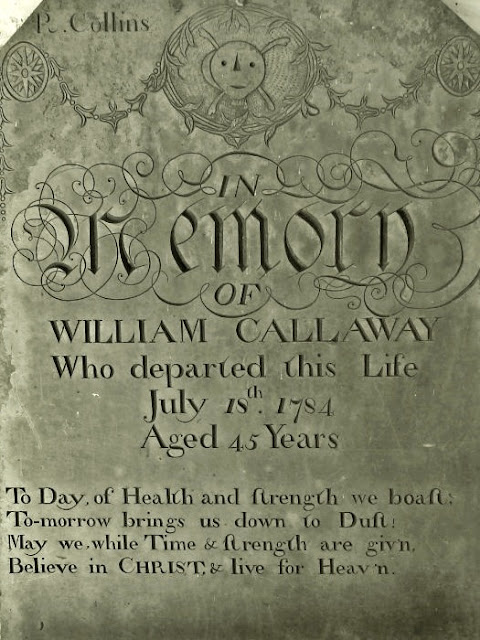 The church itself was closed, because of the coronavirus. After looking round the churchyard we wandered back to the river, where we munched on some sandwiches. Together with cups of tea, of course.

It was then time to start our return walk. 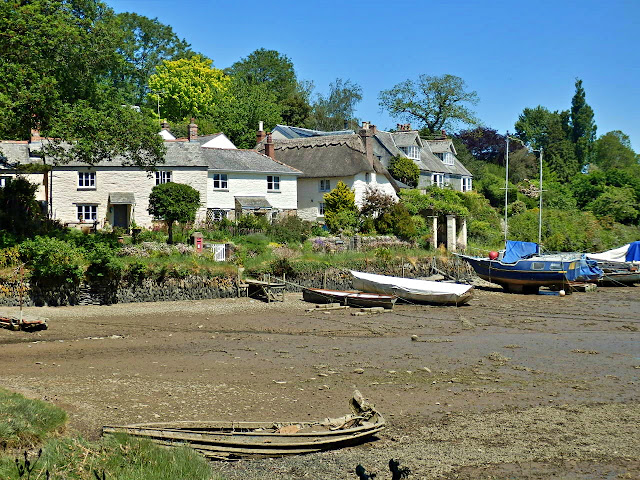 Lots of daisies on many of the stone walls. 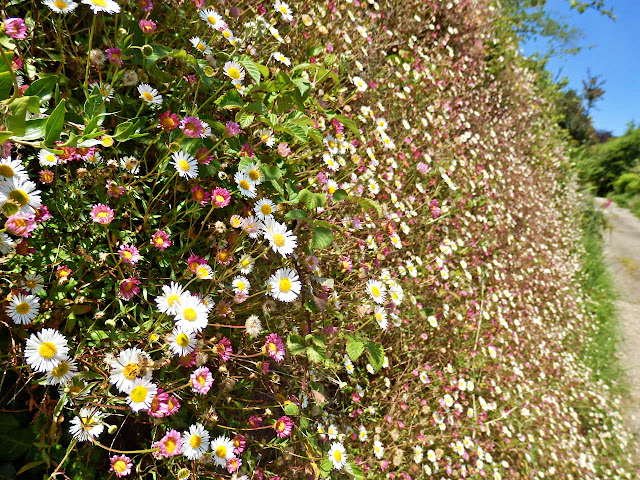 The river looked nice despite the mud. 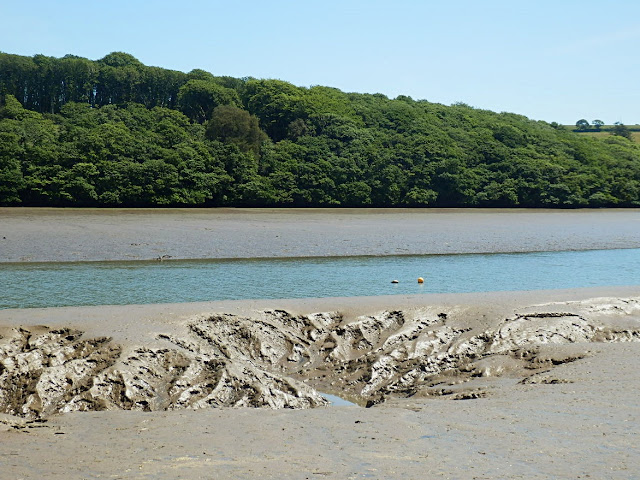 There's a small lake on the opposite side of the path. We managed to see a few small fish. 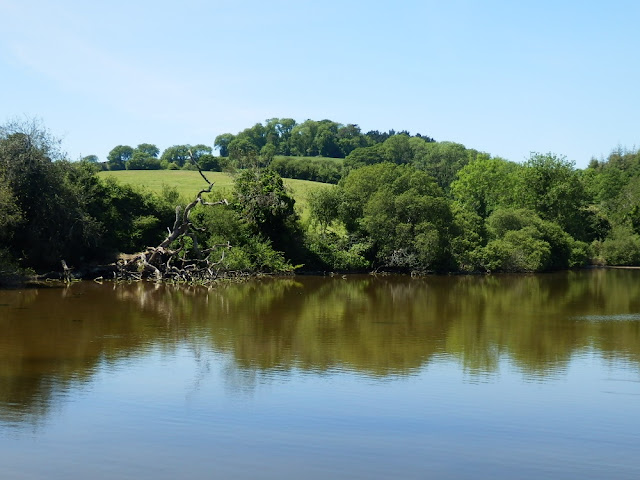 Lots of reeds by the river - and then we were back to our car, parked in a small lay-by. 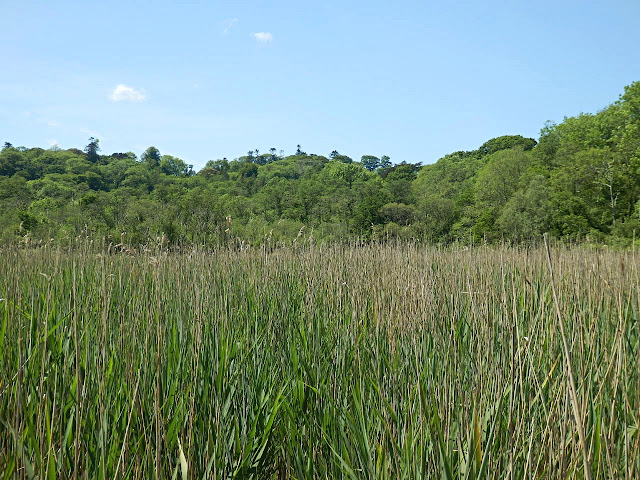 Also see The Peaceful St.Clement Church by the Tresillian River, Cornwall. This has photos of the inside of the St. Clement church

Walking the Camel Trail From Wadebridge Towards Padstow

We hadn't visited the Camel Trail for quite a while so thought we would walk along part of the trail starting at Wadebridge and heading... 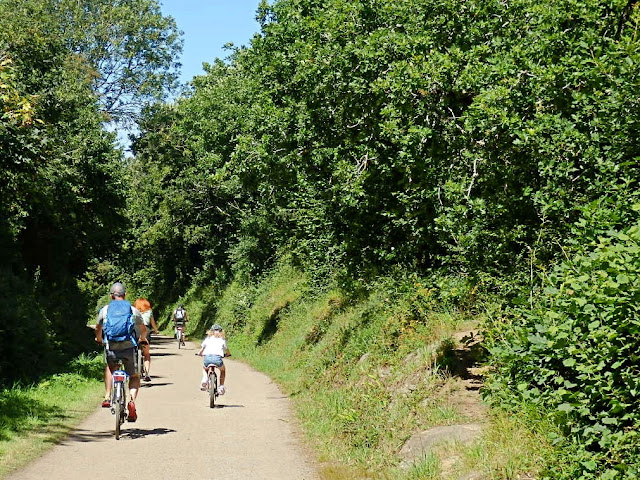