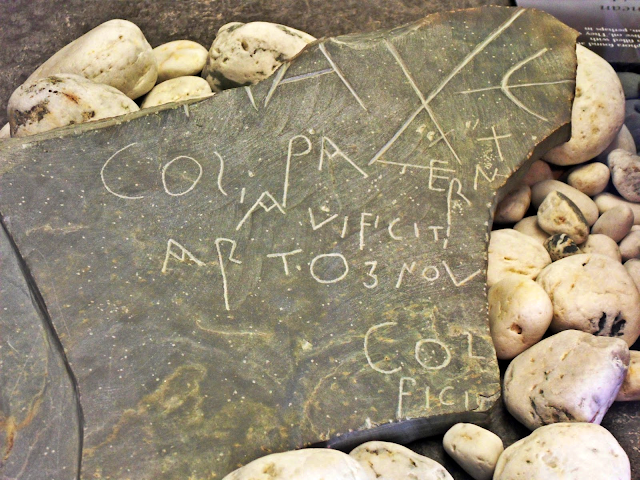 I photographed the above stone / slate quite a few years back. Some say that this has connections with the legendary King Arthur.

In the late 1990s archaeologists discovered pottery from the 5th and 6th centuries on the eastern side of Tintagel Castle, Cornwall. They also found the slate / stone as in the photo above. It was covering a 6th century drain.

On the slate is the rough inscription: 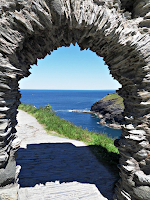 It appears that someone called Artognov wanted people to know that he had made or built something at Tintagel Castle.

Professor Charles Thomas of Exeter University translated the inscription as, "Artognou, father of a descendant of Coll, has had this built"

The date of the slate, 6th Century, ties in with the time King Arthur is said to have been born.

Unfortunately it is now generally accepted that the stone does not have any connection with King Arthur ... but experts aren't always right!