A Touch of Cornish Magic, Animals and Birds 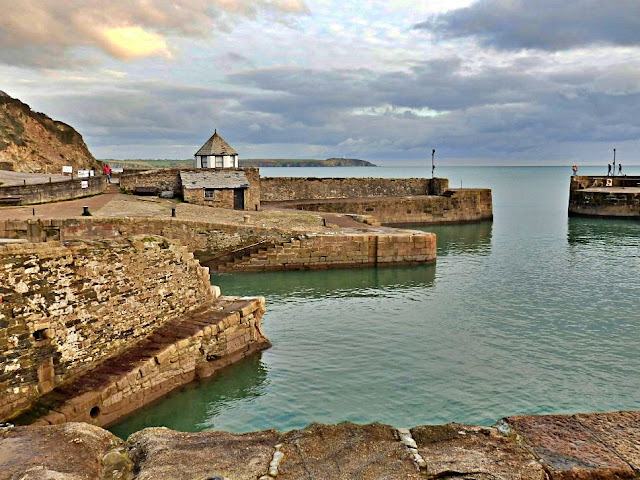 Sometimes there seems to be unexpected magical moments - perhaps time slips. I was at Charlestown and everything was so quiet, not a sound to be heard. I could only see two other people as I clicked my camera for the photo above. It felt as if I had stepped back in time.
Okay, perhaps this is a little fanciful but the next three photos, were snapped at the same place - Spit Beach.  The changing sky altered the appearance of the sea and beach. 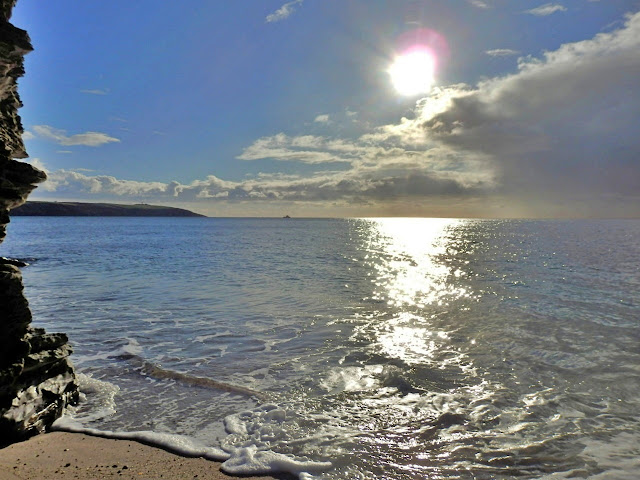 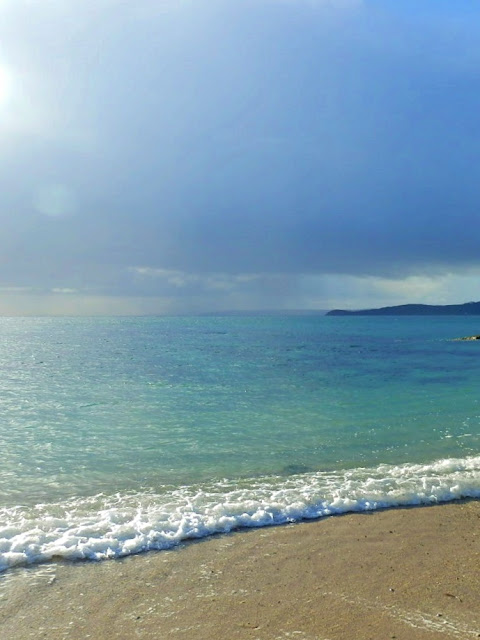 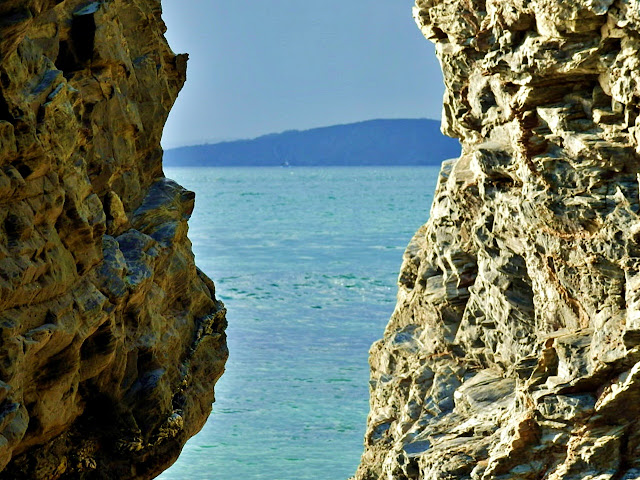 Moving along the coast now to the village of Tywardreath the setting of Daphne du Maurier's book, The House on the Strand. Below is the church where some of the scenes are set. The story is about drug induced time travel - so there is a touch of magic lingering here. 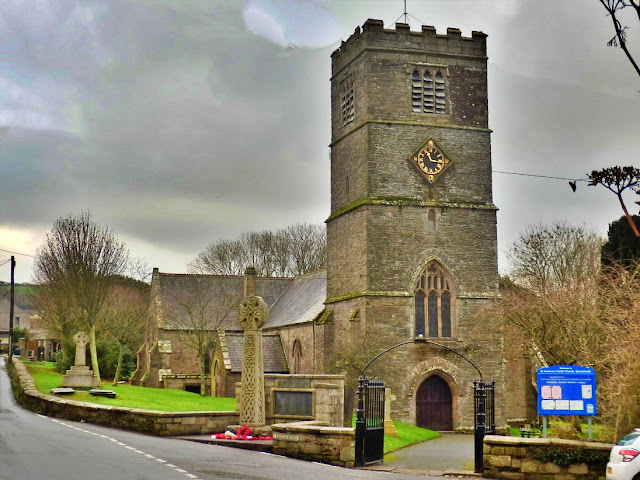 Tywardreath, in the Cornish language is : Ti War Dreth. This means a house on a beach or strand. The village was recorded in the Domesday Book way back in 1o86.
Below are some of the village cottages. 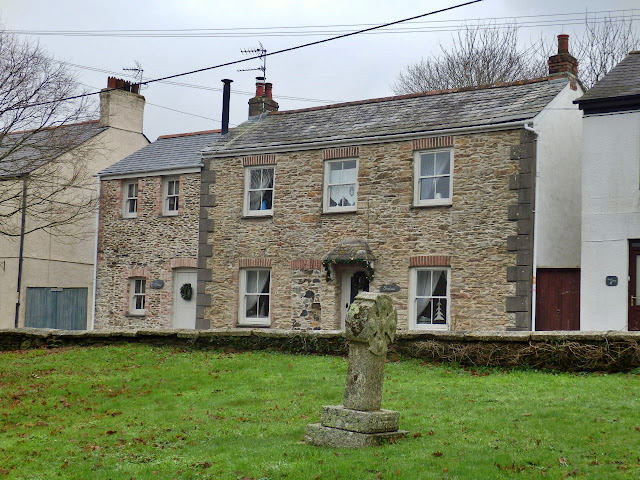 And here is an unusual road sign which is no doubt necessary as the road narrows. 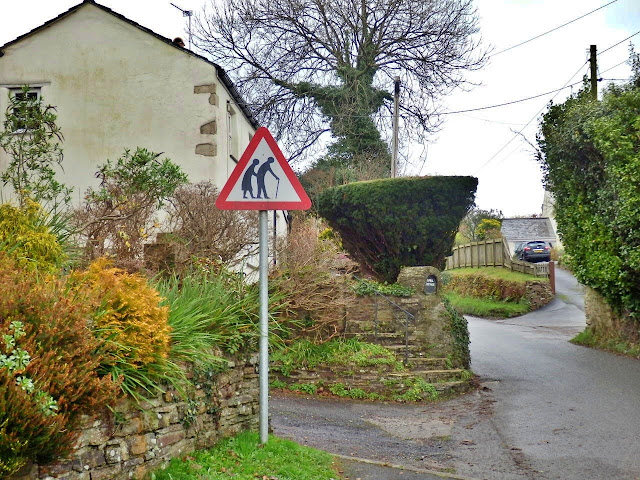 Daphne du Maurier moved to this area following the death of her husband in 1965. Her previous Cornish home was at Menabilly which was the inspiration for Manderley featured in her book Rebecca. 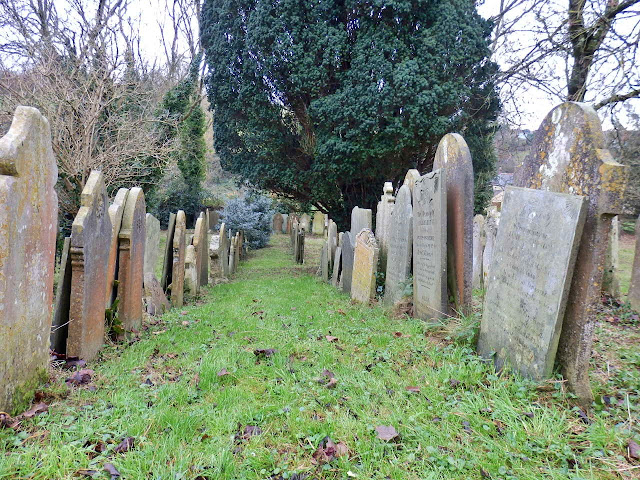 Returning to the House on the Strand this mentions the nearby green fields, as below, near Par. 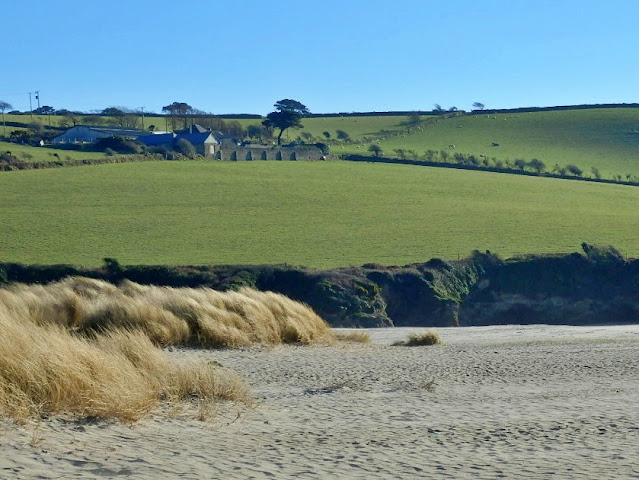 There are Almshouses at Polmear, Par. The first of these houses was built in 18oo by William Rashleigh who, at the time, was the Sheriff of Cornwall. 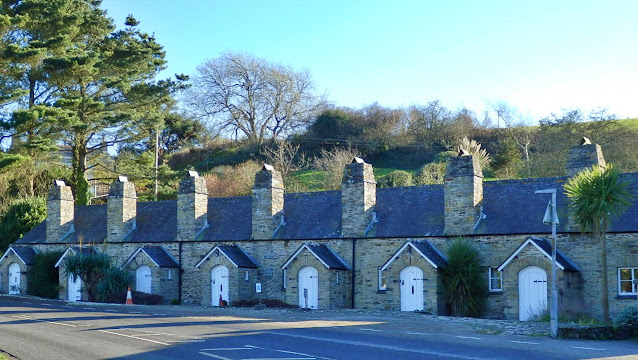 Nearby Polkerris is also mentioned in the House on the Strand. The first photo is looking down from the cliffs and ... 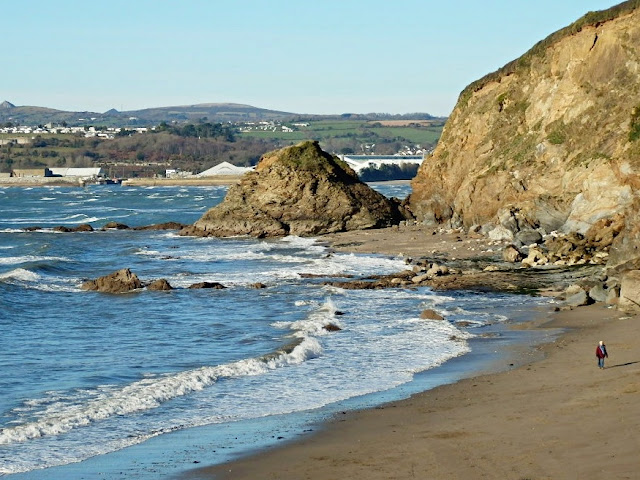 ... and then here we are at sea level as the tide arrives. 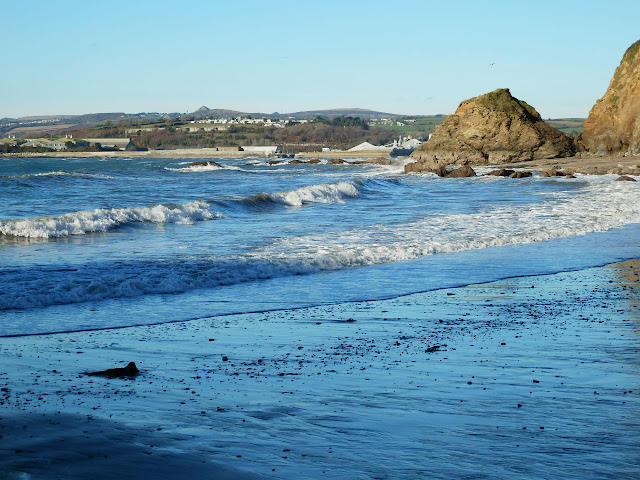 I think that's enough of The House on the Strand. So moving on to a happy pig! 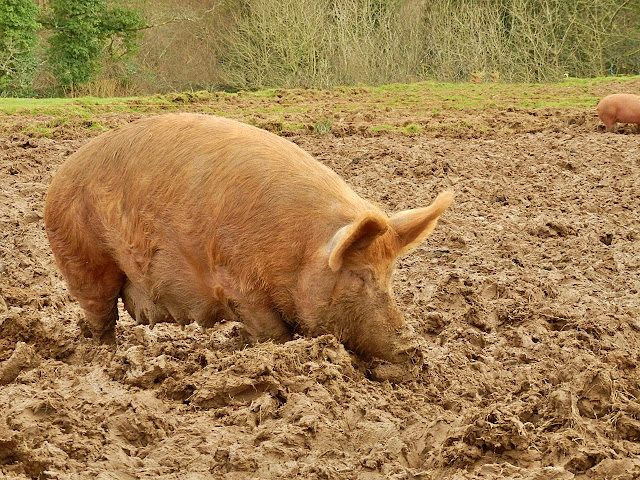 A few photos of animals next which I have noticed when out and about. 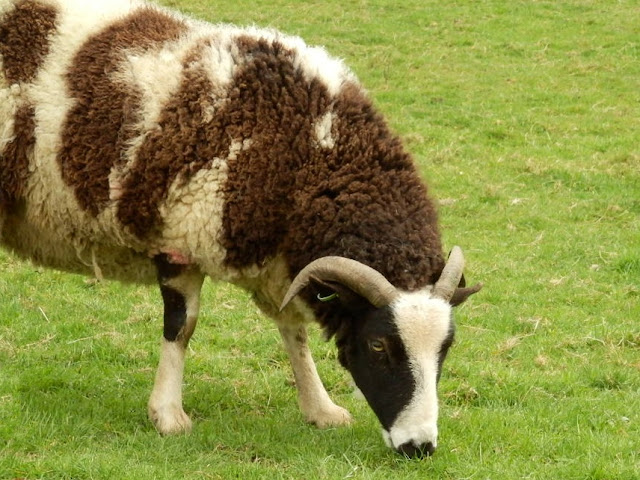 What a wonderful horse - with his shadow. Where would mankind be without horses. 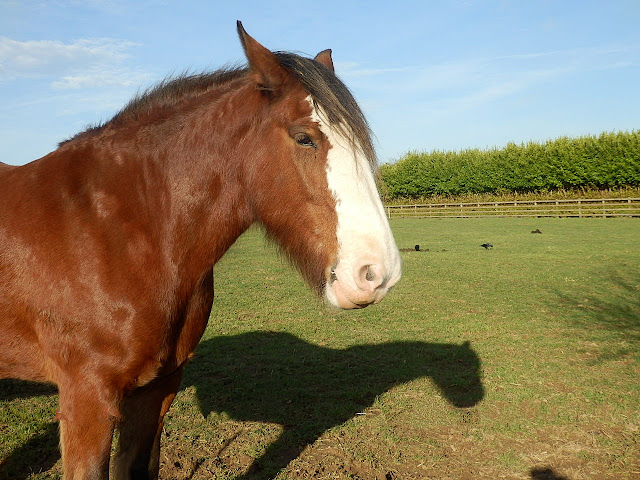 Of course even a robin can cast a shadow. 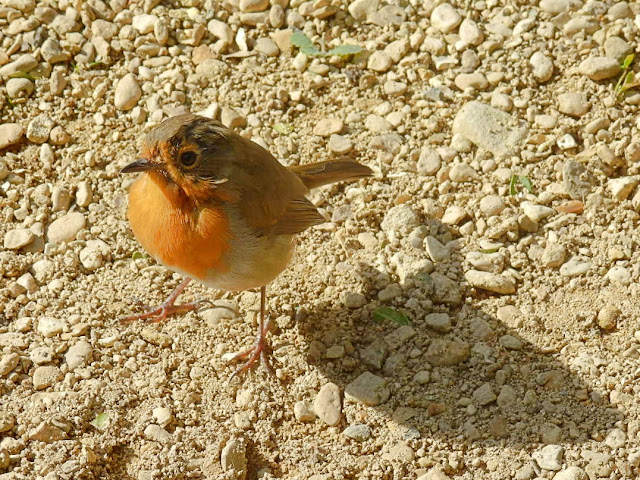 The little fellow below was searching for crumbs in a cafe. 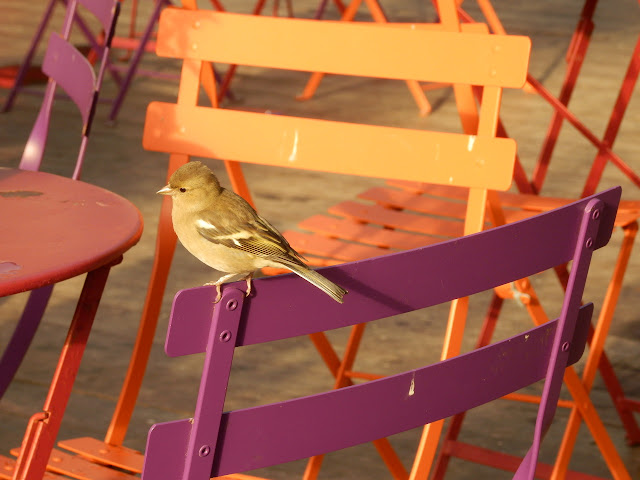 A couple more birds I spotted. 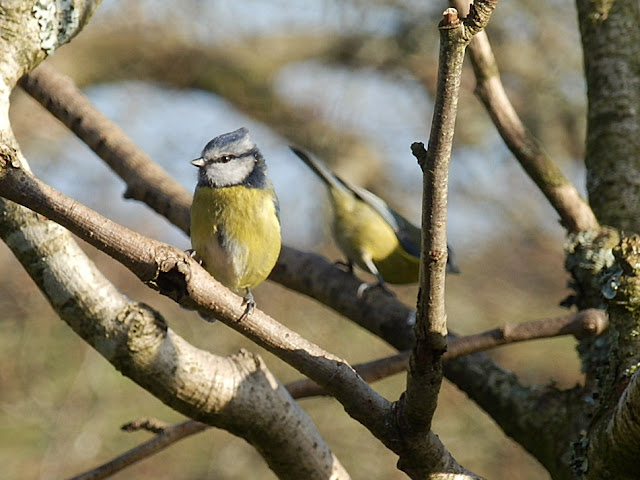 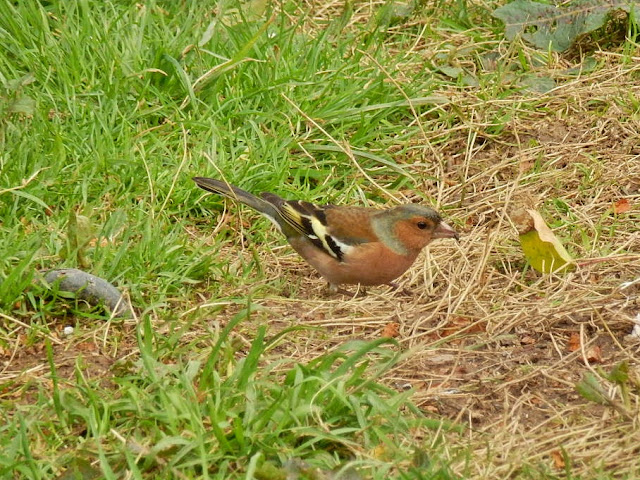 Oh, and also a flashy pheasant. 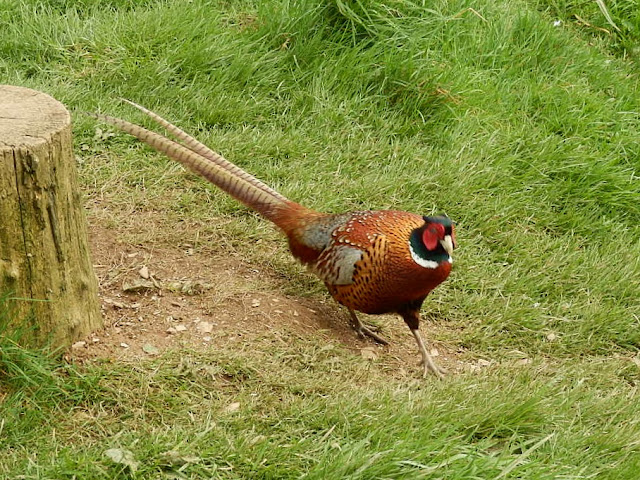 That's about it for today's post, but first a warning - be aware of the Devil Cat when out and about at night! 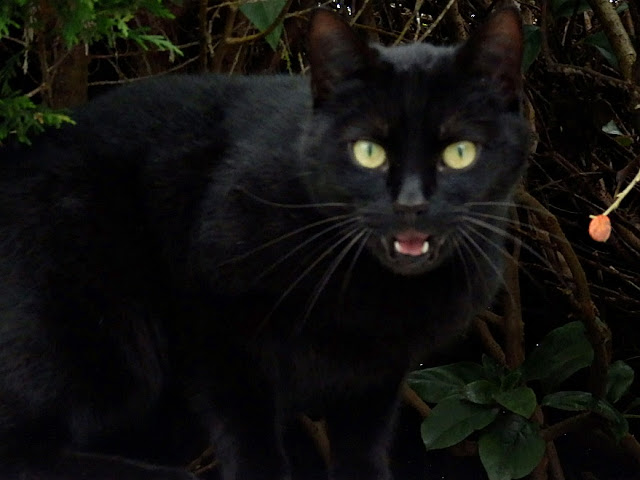