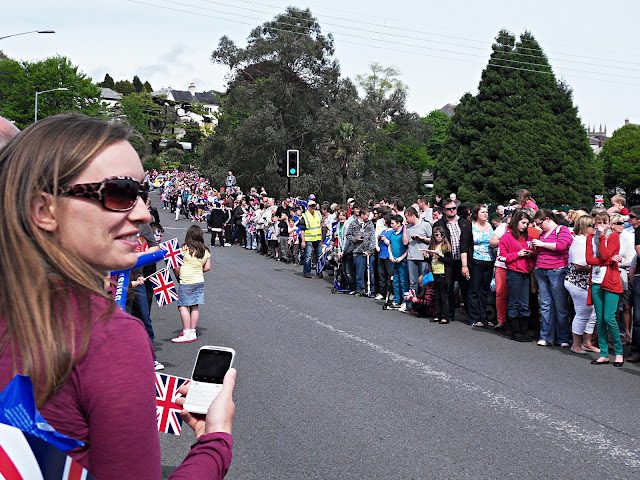 It has been decidedly wet and windy recently so I thought I'd do a little time travel and take us back to 2012 when the sun was shining. This was the year the Olympics were being held in London.
The Olympic flame and torch were travelling throughout Britain and there was a lot of interest here in Cornwall as the torch journeyed through St.Austell. The crowds were out, as were the police.
The policeman below was showing quite an interest in the proceedings, something seems to have caught his eye. 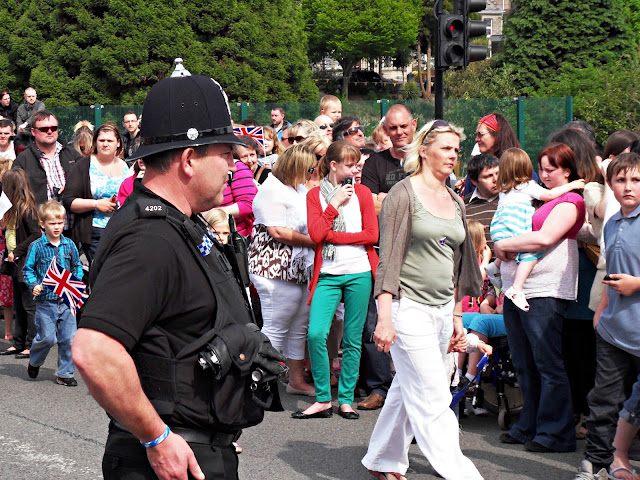 Some of the onlookers were dressed in their finery for this special occasion. 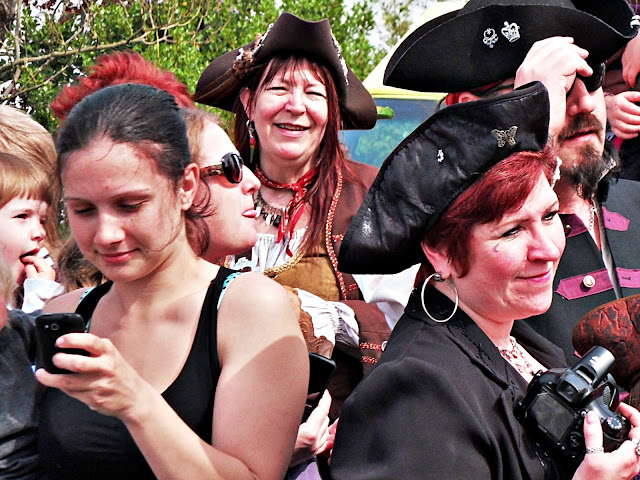 The wait though got a bit boring after a while ... 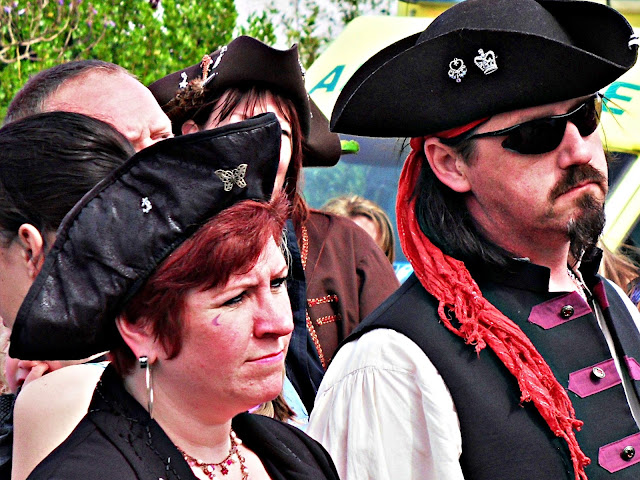 ... so there was time to suck on an ice lolly with the union flag in hand. 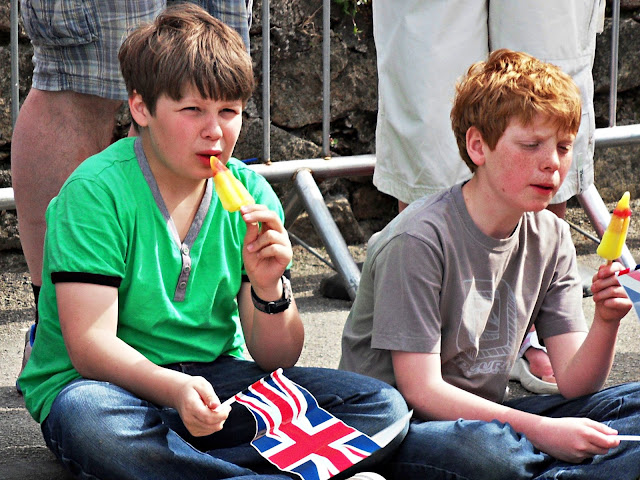 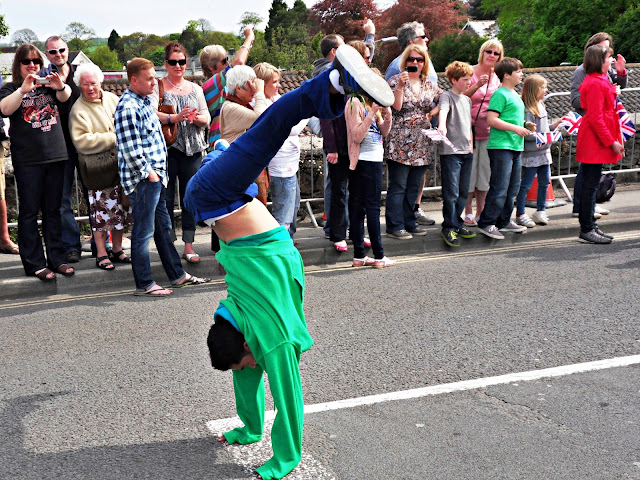 Ah ha, won't be long now as the London police car has arrived - and who says that policemen can't smile!
Reminded me of that very old song:
I know a fat old policeman, he's always on our streetA fat old, jolly red-faced man, he really is a treatHe's too fine for a policeman, he's never known to frownAnd everybody says he is the happiest man in townHe laughs upon his duty, he laughs upon his beatHe laughs at everybody when he's walking in the streetHe never can stop laughing, he says he'd never triedBut once he did arrest a man and laughed until he died. 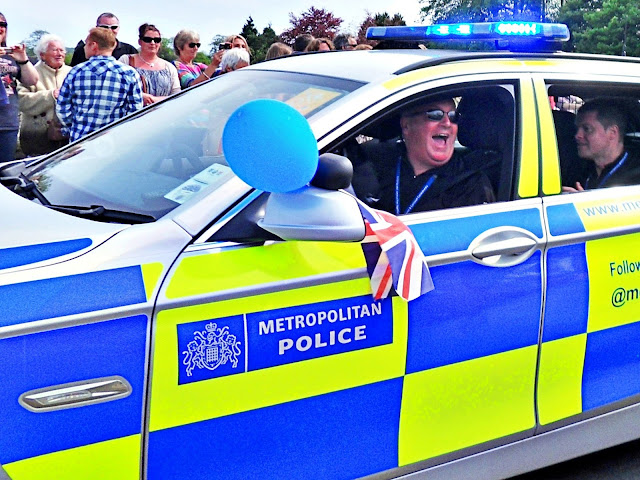 Then at last things were happening and a few more smiles were on display. 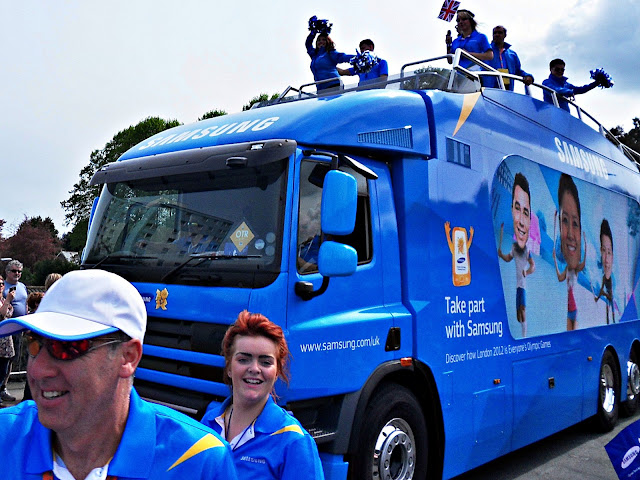 Another policeman all the way from London.
They were said to be trained officers from the Metropolitan Police Service - aptly known as the Torch Security Team. 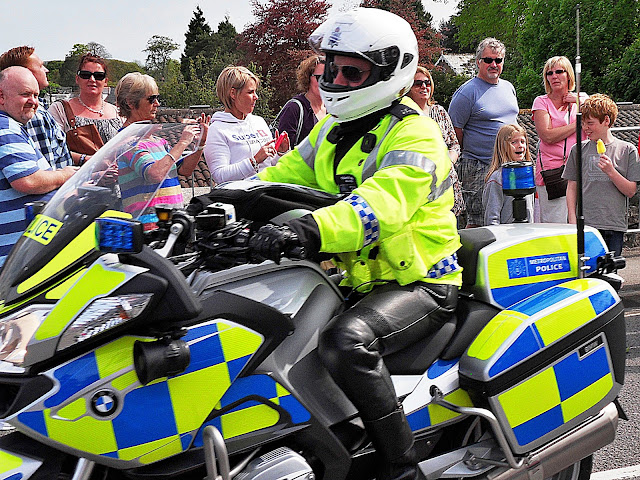 At last the torch and flame arrived. 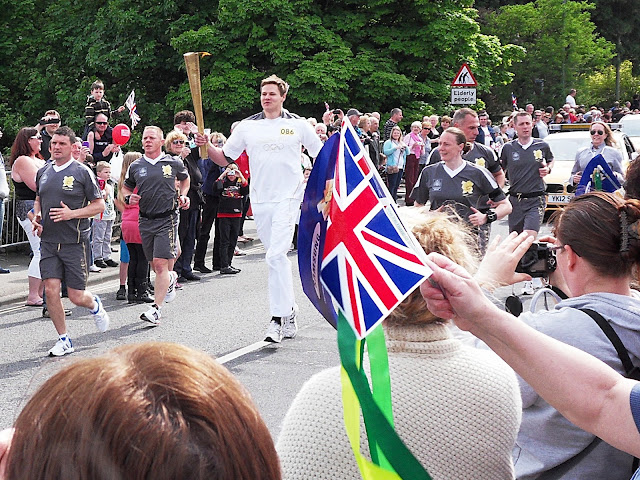 And here's a second look at the torch. 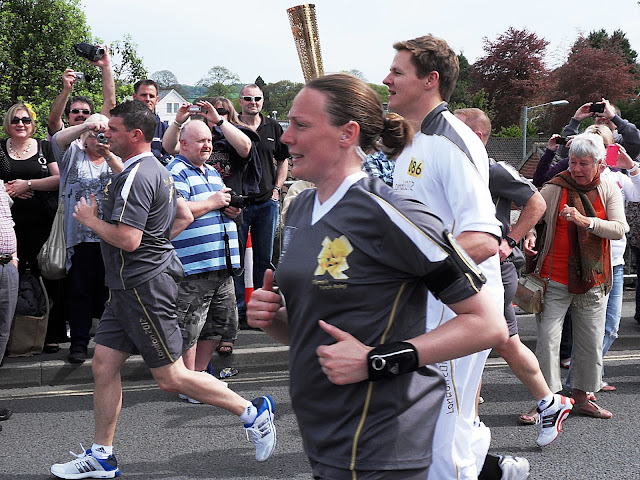 The runners and officials had their own coach. 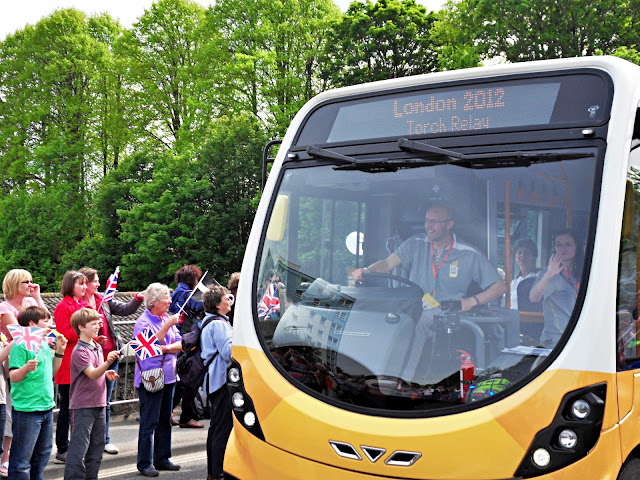 Then the party was soon over ... 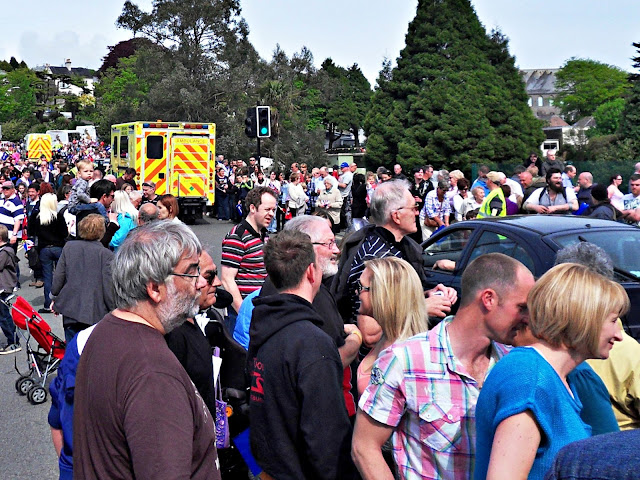 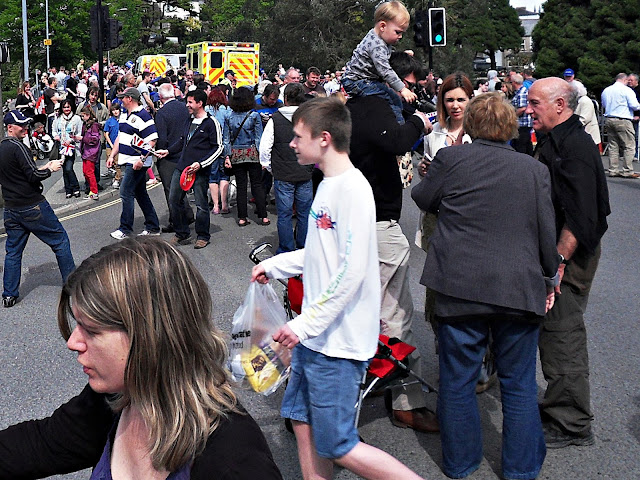 A  lingering police van made sure we got back to 2020 safely. 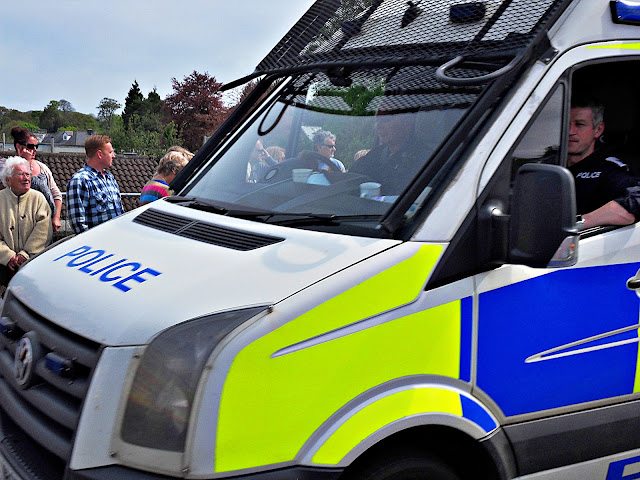 Brrr! It's dull, grey and rainy back here in 2020.
at October 14, 2020
Email ThisBlogThis!Share to TwitterShare to FacebookShare to Pinterest
Labels: 2012, Olympics, St. Austell