On Tour: City of Bath and the Roman Baths 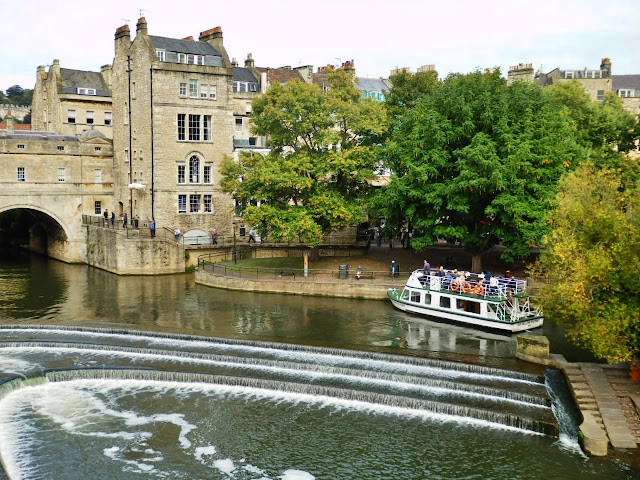 Yes, you are quite right this isn't Cornwall but, while no one was looking, we scuttled away to the city of Bath in Somerset. I wanted to visit the Roman Baths.
The photo above is Pulteney Bridge in Bath built way back in 1774.
It was a dull day initially. We wandered through the park and headed for the Roman Baths. 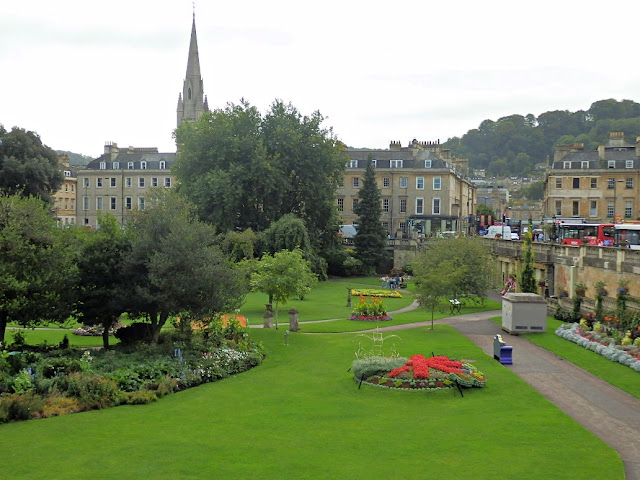 To start with a quote of Solinus in the third century. 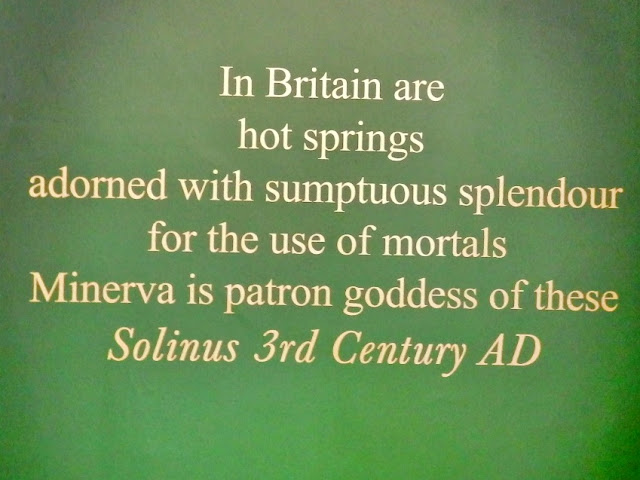 Destination achieved here we are looking down on the water from a high walkway. 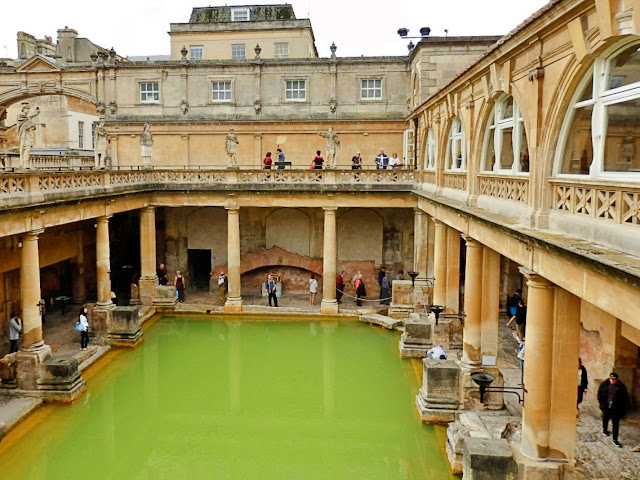 I read that thermal springs rise on this site and the baths can still flow with natural warm water. 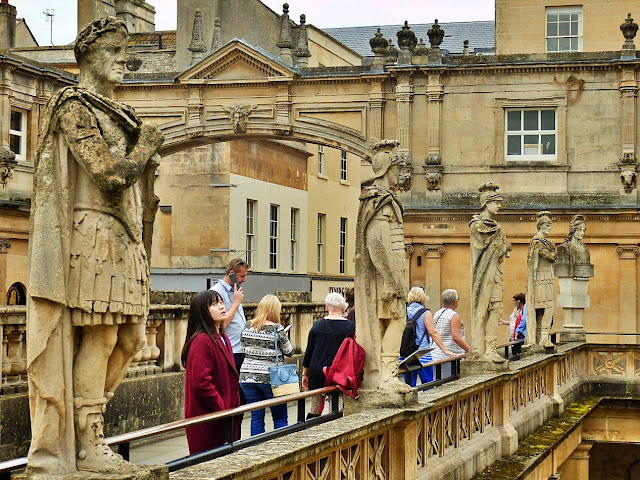 Some fine statues alongside the walkway. 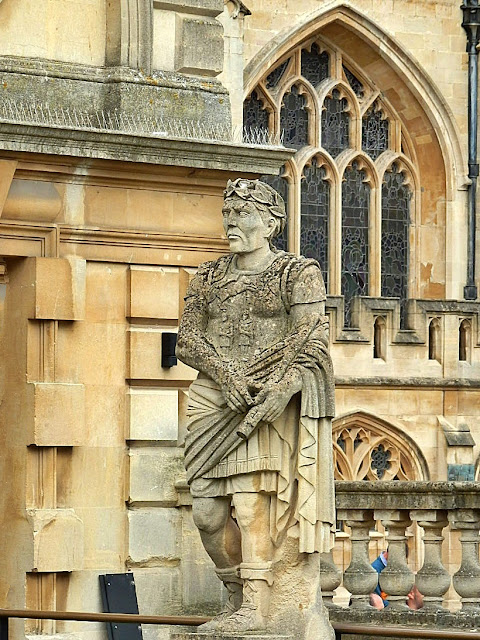 Another look at the water from a different angle. 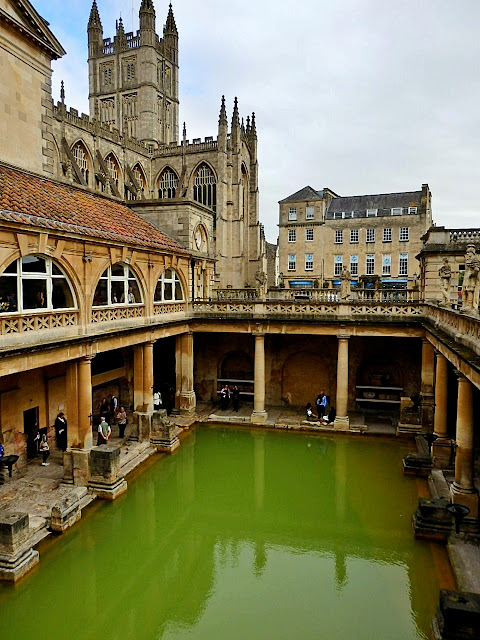 Two maidens smiled as I snapped a photo by the bath - okay one of them did. 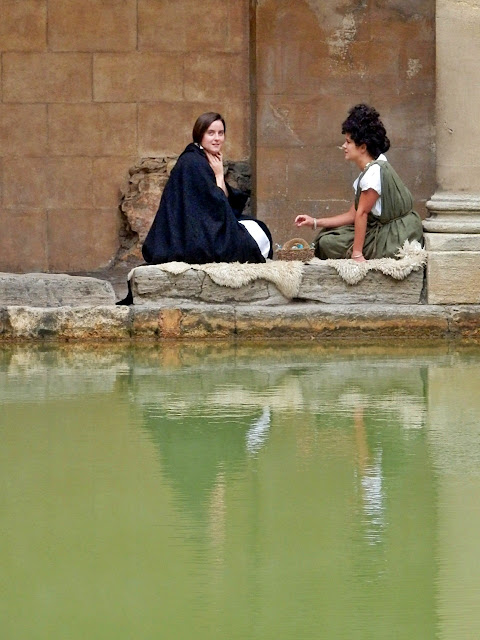 Looking across the water again. 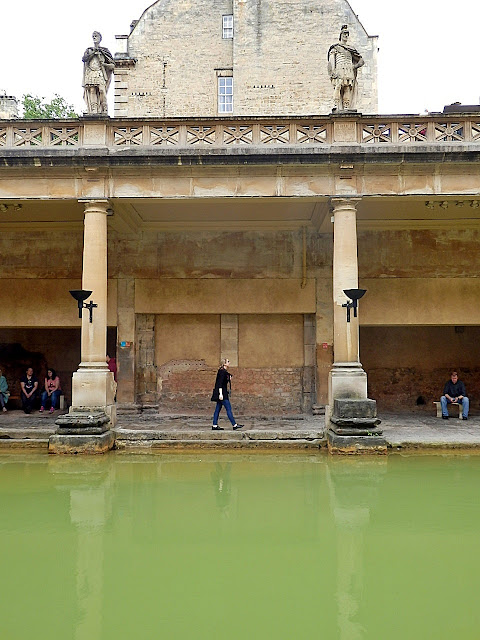 The stone below is said to be the earliest inscription from the baths. It is from a small monument and dates to 76AD. This means the baths must have been built by that date. 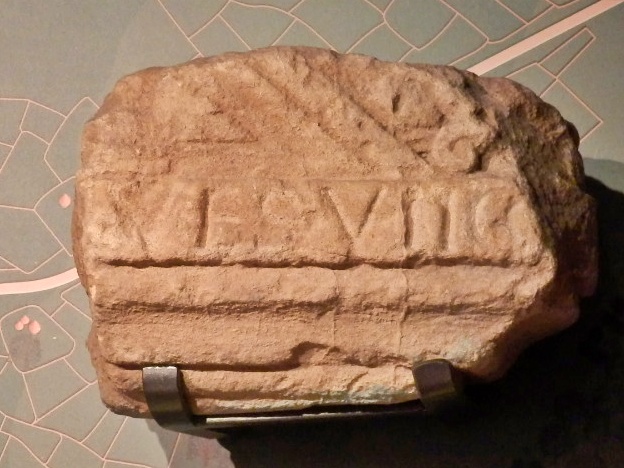 Seemingly the inscription above reads: 'In the 7th consulship of the Emperor Vespian'. This was seven years after he became Emperor in 69AD. 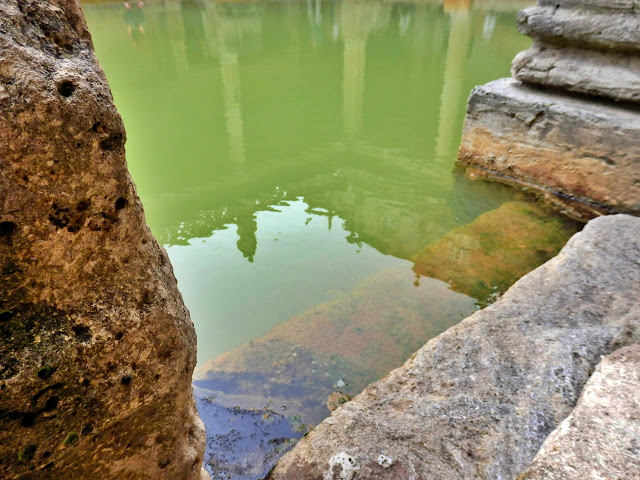 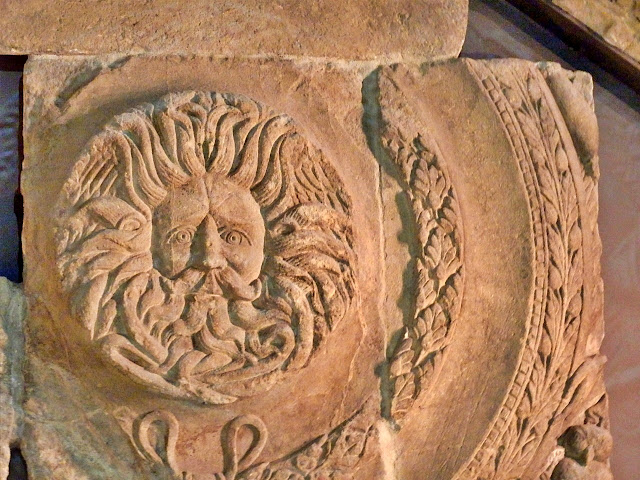 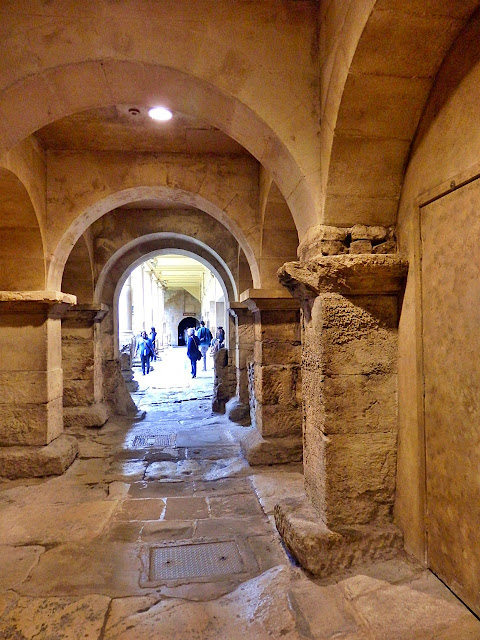 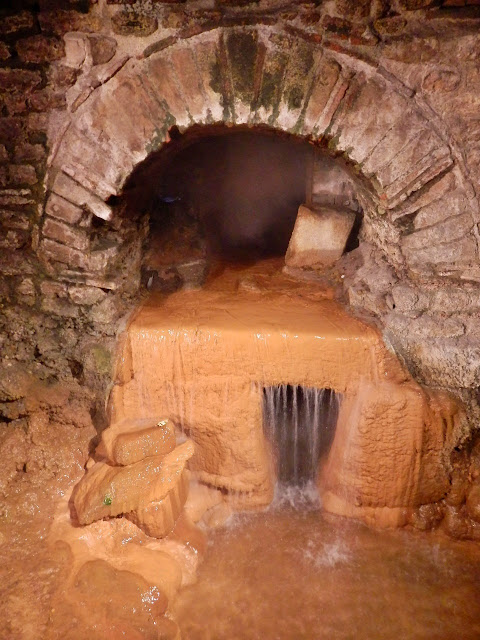 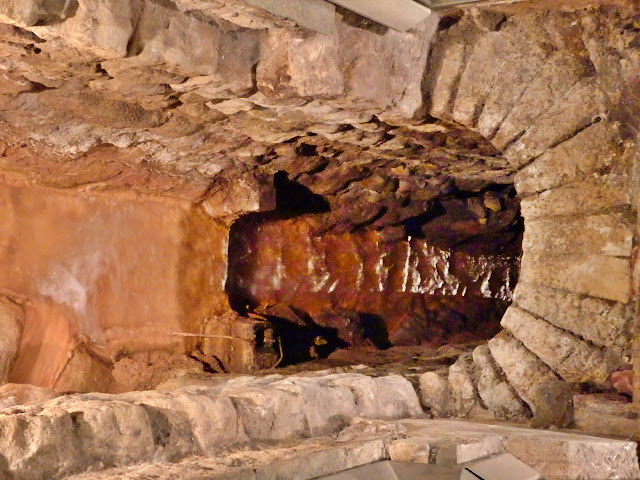 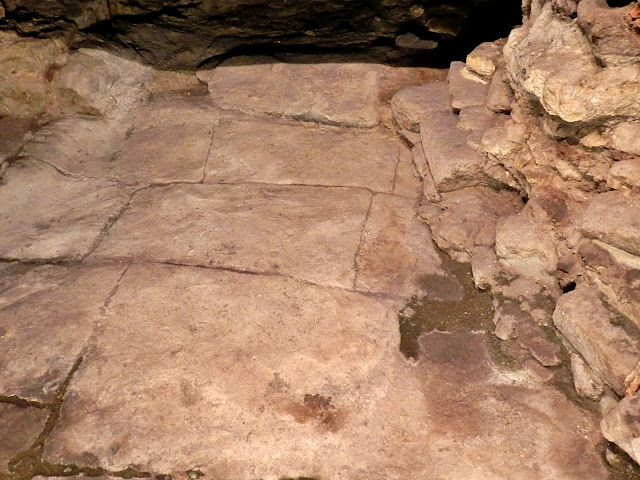 There is, of course, more to Bath than the baths. The Abbey for example. It was founded in the 7th century - but has been rebuilt twice in the 12th and 16th centuries. 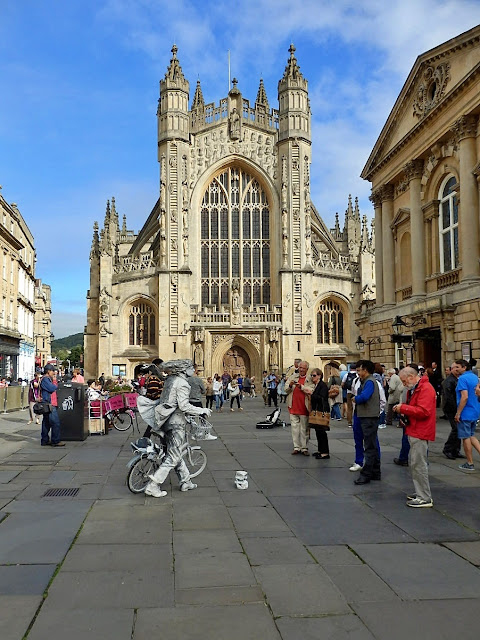 There were lots of street entertainers about near the abbey. 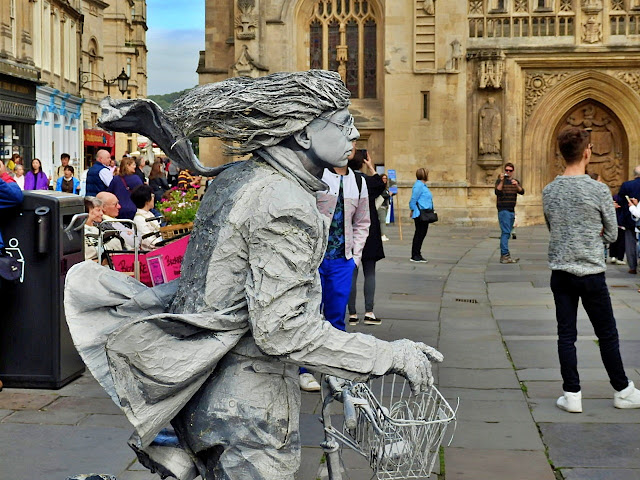 Can't be easy playing a violin while balancing on a tightrope. Not that I have ever tried. 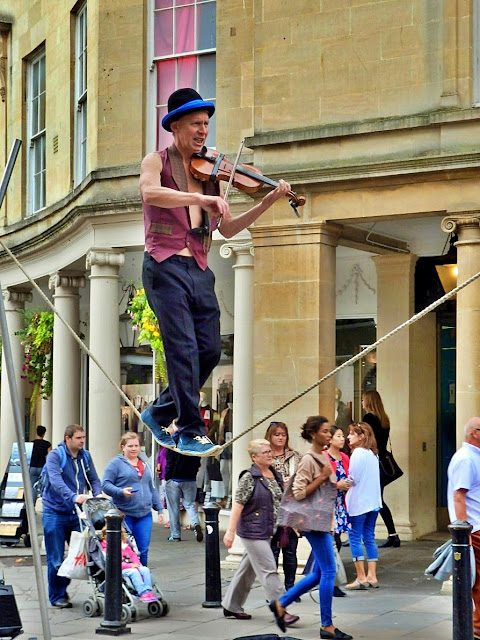 This gentleman made a pleasant sound. 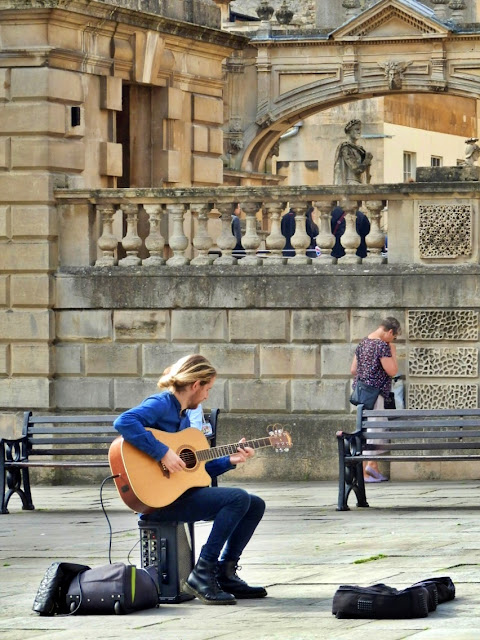 We made our way through some of the streets, full of character. Jane Austen lived in Wells from 1801. Some say that Bath was the site of the Battle of Mons Badonicus where King Arthur defeated the Saxons, circa 500AD. But, whatever, it's a very pleasant city. 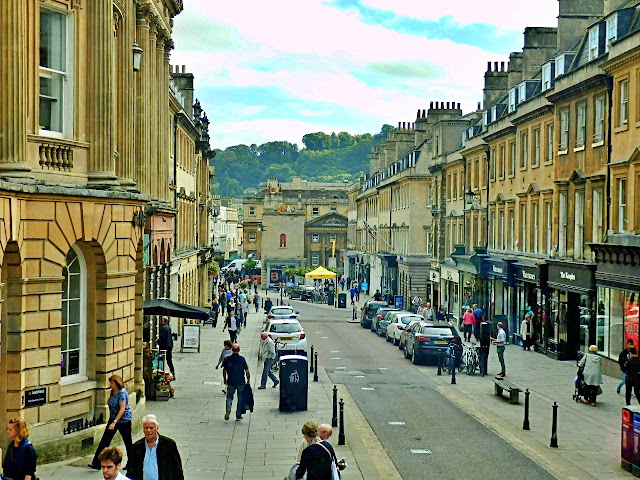 After we had our fill of Bath we hopped on a bus to take us to the city's Park and Ride where our car was waiting. 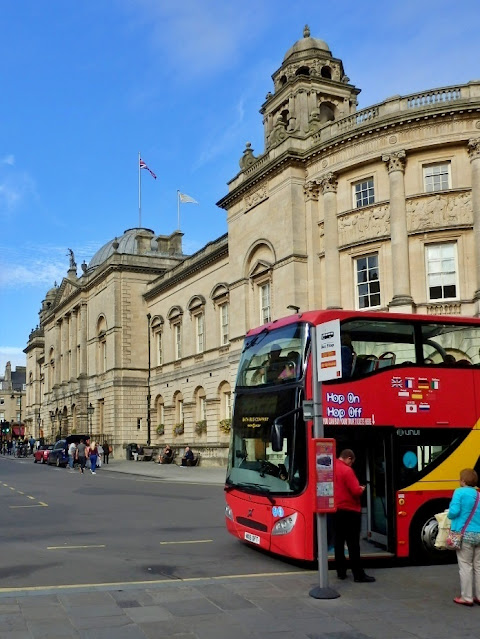 And, for us, that closed the door on Bath. 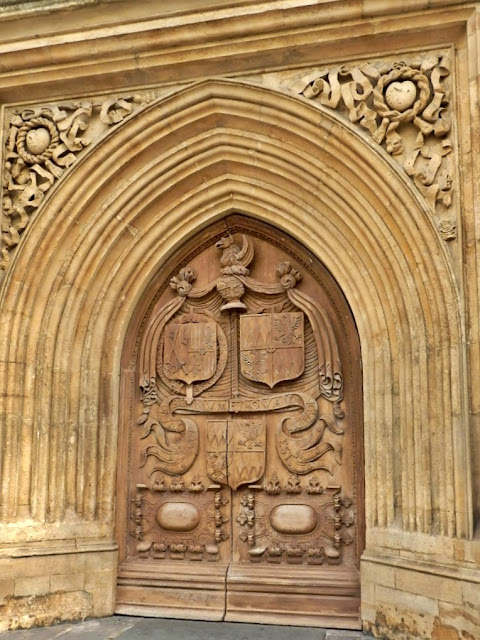 A FEW OTHER POSTS OUTSIDE OF CORNWALL
(1) On Tour: Visiting Wells Cathedral - 16 Photos. 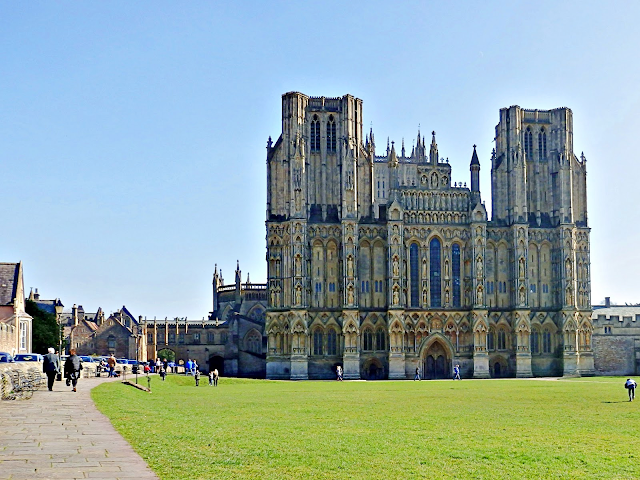 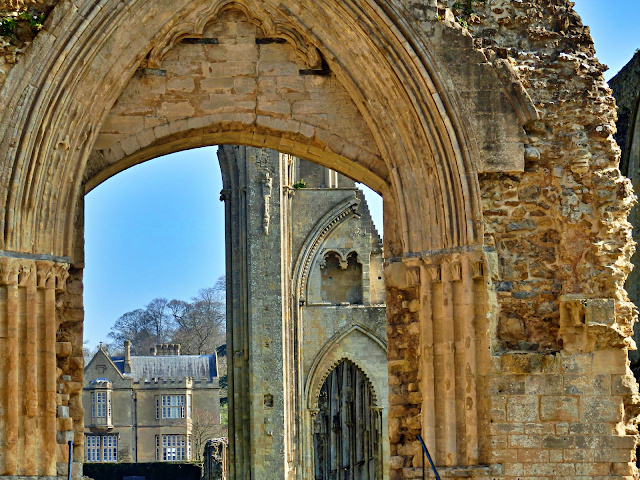 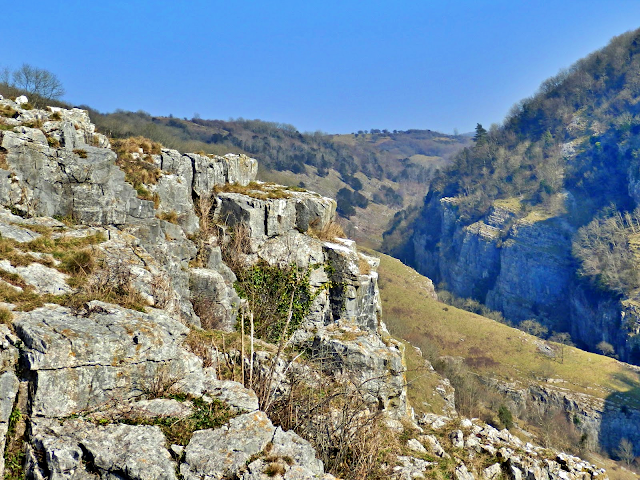 (4) From Cornwall to the Canary Islands 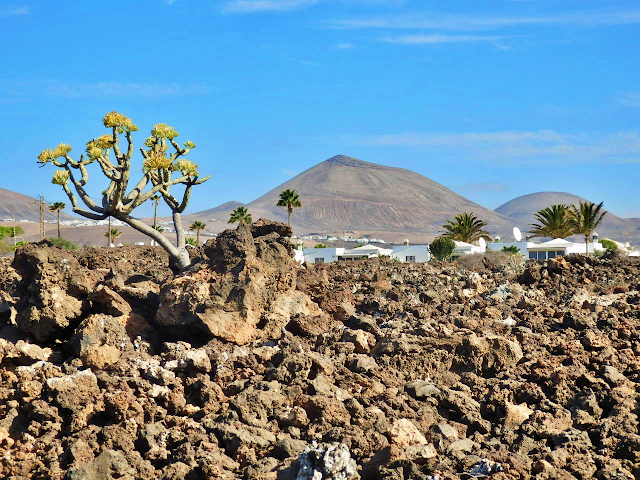 Thanks for visiting my blog. Hope you have a happy weekend and week ahead ~ Mike.
at August 27, 2021