We were in the Marazion and Mounts Bay area yesterday. The main attraction, in my opinion, being St. Michael's Mount. I find it very magical. Unfortunately it isn't open during the winter months so had to admire from afar.

There are numerous stories linked to St. Michael's Mount such as :

(1) It is said that the Archangel Michael appeared before local fisherman on the mount in the 5th century.

(2) Prior to the 6th century the island was once the home of an eighteen feet tall giant named Cormoran. He lived in a cave with treasures he accumulated by terrorising the local towns and villages.

(3) Sea-lore claims that Archangel Michael sat in a great stone chair at the top of the mount protecting England.
We started out in the the ancient market town of Marazion.
Opposite the Marazion sign, on the other side of the road, there is a RSPB (Royal Society for the Protection of  Birds) reserve.
The town of Marazion is very old. I read on Marazion Info that it is one of the oldest chartered towns in the UK. The first charter of incorporation being granted by Henry III in 1257 and this was reaffirmed on the 13th of June, 1595 by Queen Elizabeth I.
Marazion is all very pleasant but we like to take in some of the back streets as well, so made our way up Back Lane having no idea where it would lead.
The lane had some lovely views over the town and sea.
The weather had turned quite dull but there was a lovely view of St.Michael's Mount across the house tops.
Finally we felt we had to look at Marazion's well, though there isn't much water in it nowadays! It's strange to think, though, that this was the main source of water for the residents of the town until 1879.
Having had out fill of the town we walked along the waters edge. It wasn't a good day for photos but the man made causeway to St. Michael's Mount has some nice shades of colour on the stones. The tide wasn't out far enough to actually walk to the island.
Not many people in the water! 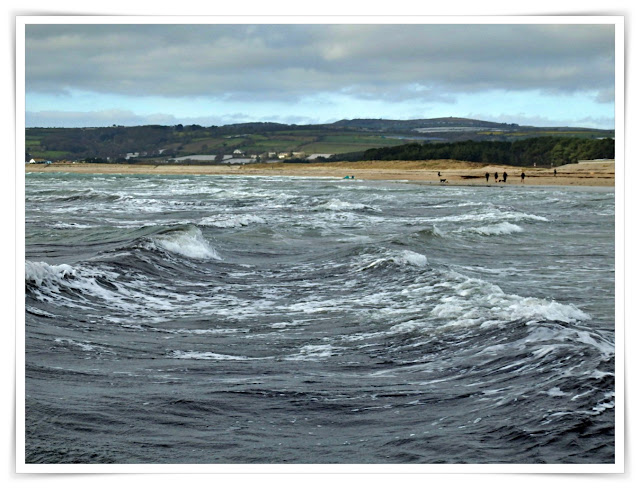 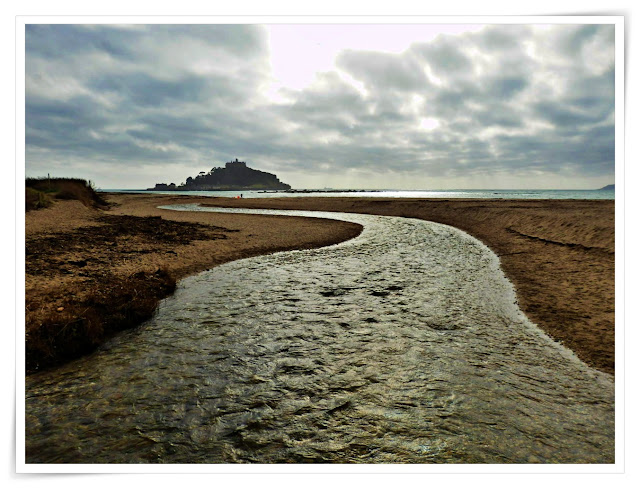 We continued along the beach until we reached Coast Path leading to Penzance. 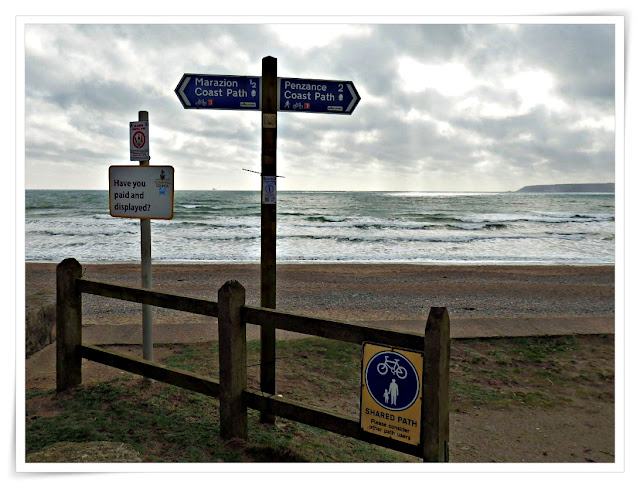 The beach cafe was closed - but we had a very pleasant day, and walked a fair distance. 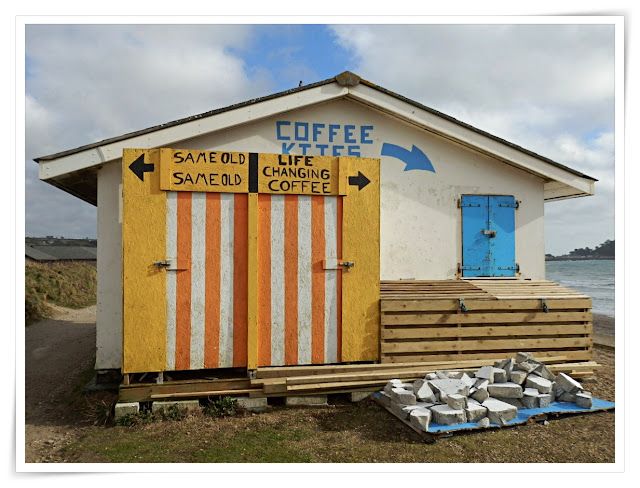 All being well I'll return to St.Michael's Mount in the main season to snap a few photos - when the island is open for visitors.
at February 14, 2019
Email ThisBlogThis!Share to TwitterShare to FacebookShare to Pinterest