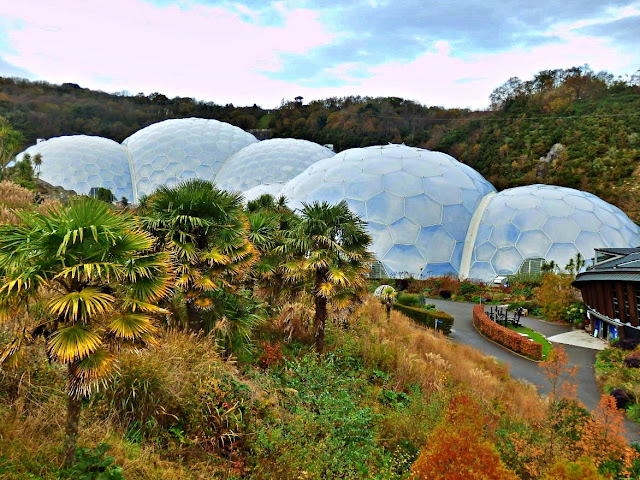 Today we are at Cornwall's Eden Project on a damp November day - but still some colour to be found, especially in the huge biomes.

We started at the Rainforest Biome which is the world's largest indoor rainforest.

Being winter the rainforest isn't quite as hot inside as usual - but is still a comfortable, warm temperature. 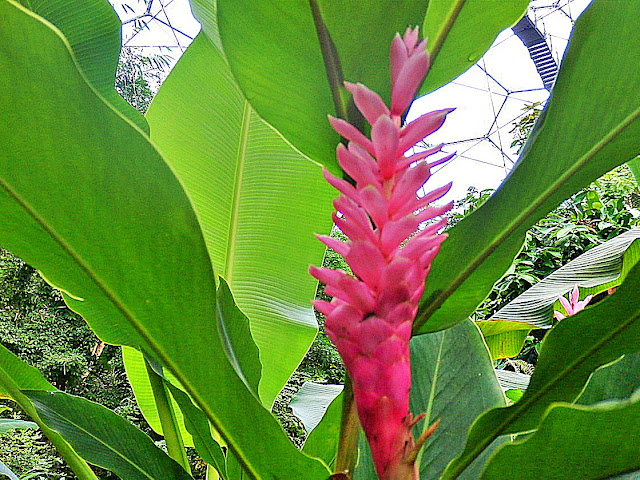 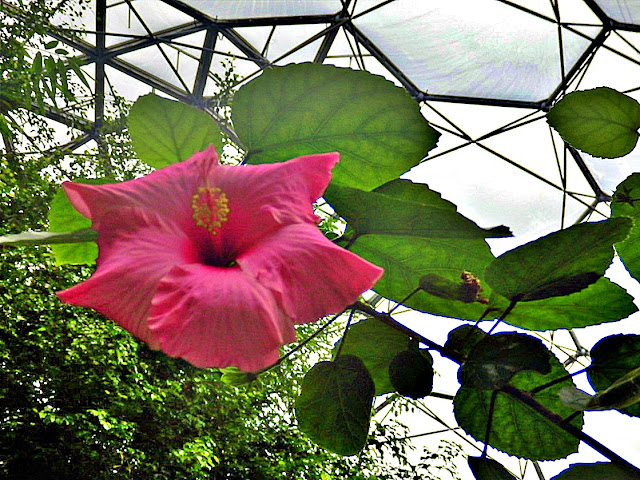 And below a few of the Rainforest residents. 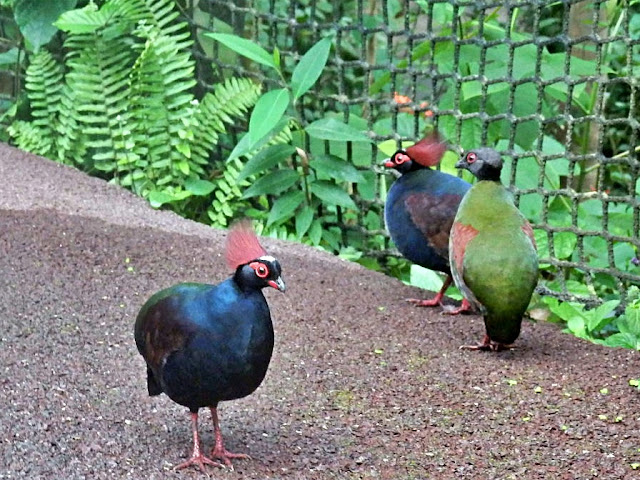 A waterfall cuts a way from the very top of the Rainforest Biome. 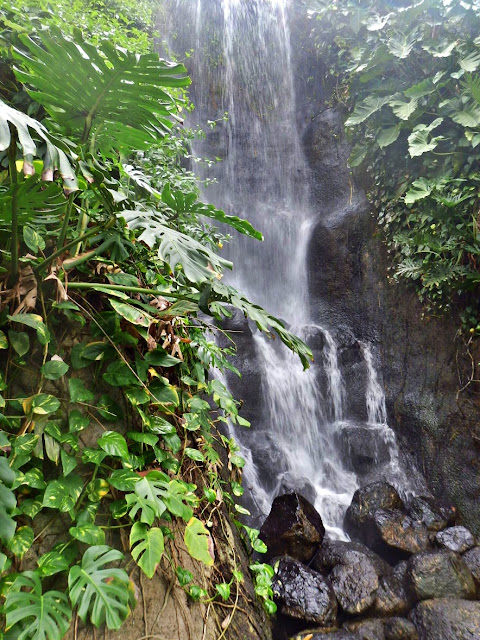 Once up high in the biome there is a canopy walkway (rope bridge) where you can walk among the treetops. 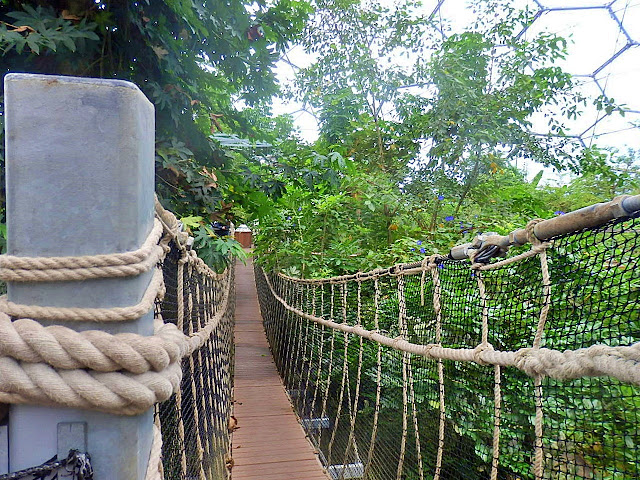 But everything isn't up high. Below are small fungi growing on the base of an old tree. A few flowers trying to hide away at ground level. 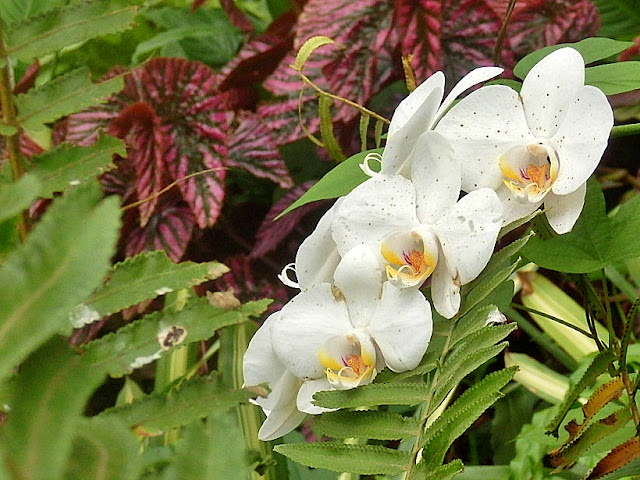 Now a few pics around the Eden Project's Mediterranean Biome. It can be surprising what's inside. I'll leave you to work out what the photo below is all about! 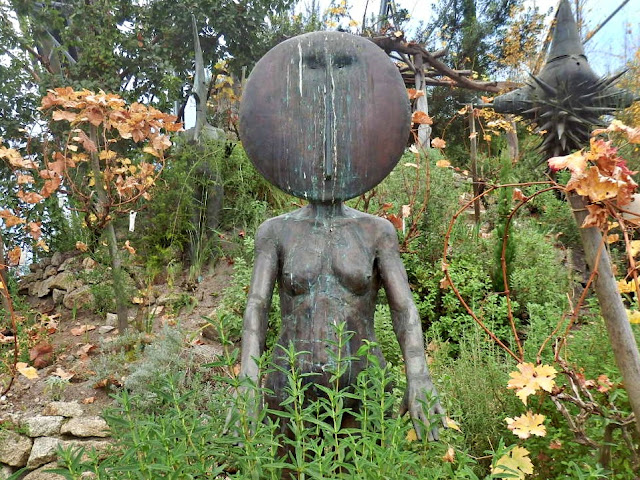 I know I said we are now in the Mediterranean Biome but there are also plants and flowers from other parts of the world - like the Australian Grass Tree (Xanthorrhoea), for example, in the photo below.

This is treasured by Aborigine people as it provides Bush Tucker high protein snacks known as witchetty grubs - often seen and mentioned on the UK television series I'm a celebrity get me out of here.

Once the Grass Tree has died the grubs are harvested as a food source. 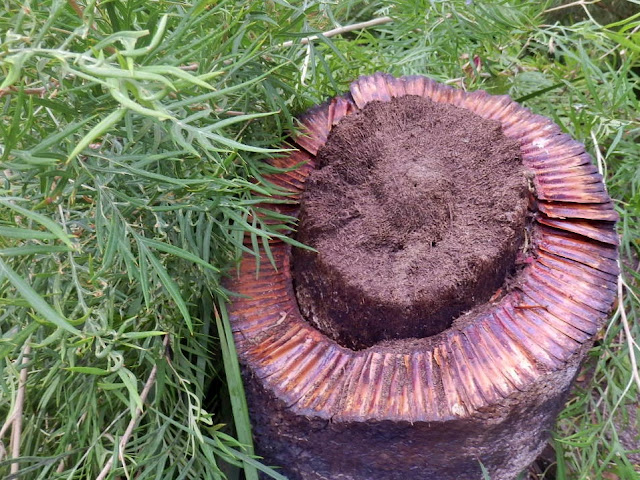 And now a temporary display in the Mediterranean Biome from - Africa! This is the CAMFED Garden.

The 'campaign for female education' believes that when girls are educated they can lift communities out of poverty.

It supports girls in rural Africa, enabling them to stay in education, develop businesses, create jobs and deliver prosperity.

CAMFED's aim is to support another 1,000 women led agricultural businesses across rural Africa within one year. 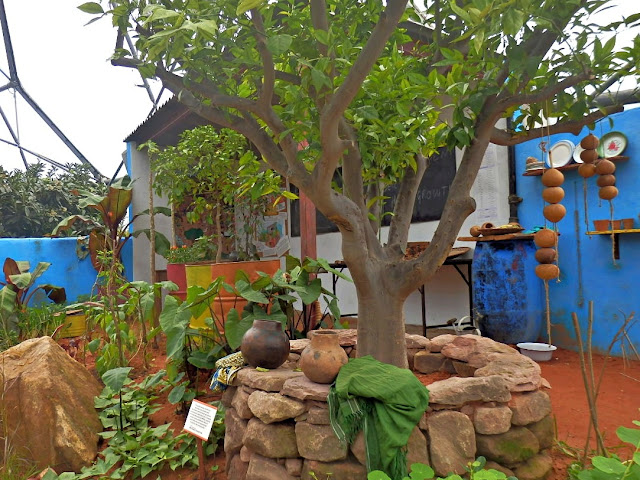 And moving on, a blackbird playing peek-a-boo inside the Mediterranean Biome. 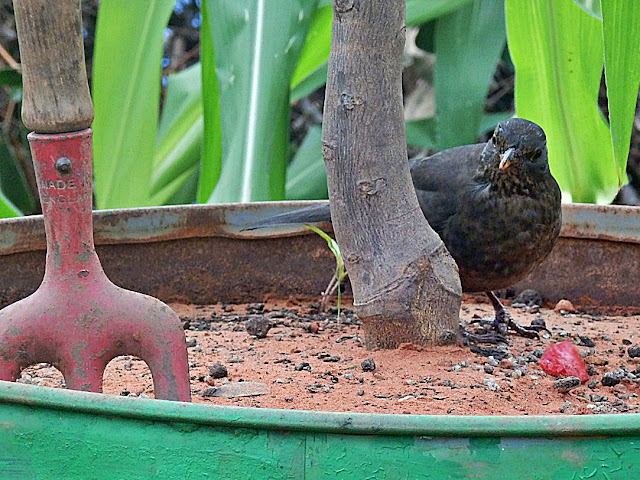 Outside now with a close up of how the Biomes are designed. 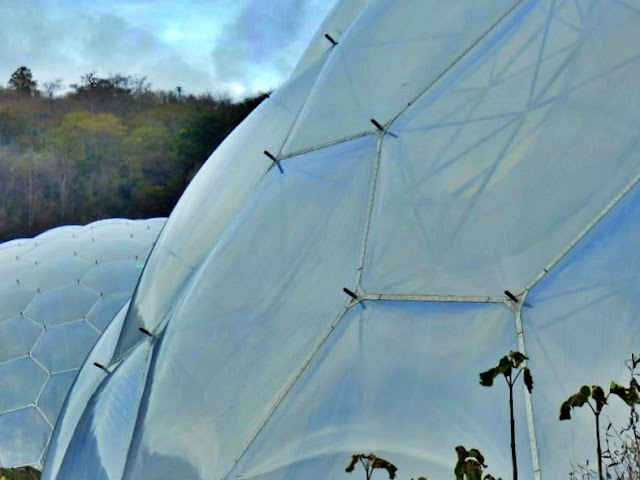 And to finish off the post - a very large butterfly. 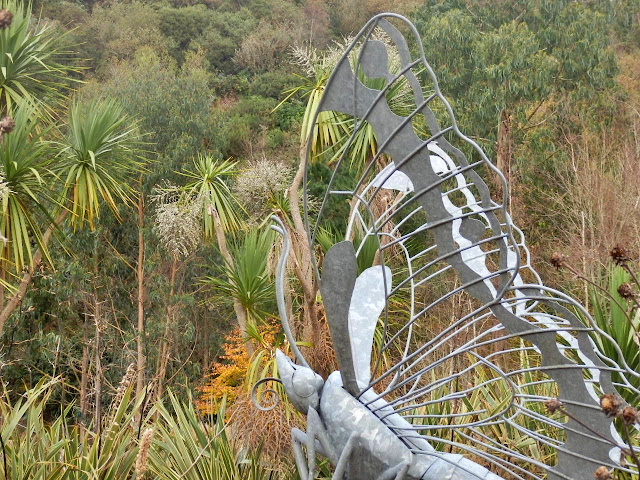